Ginger is a rhizome that has Gingerol as its active ingredient; this is what is responsible for the extraordinary healing powers of ginger.

Ancient healing systems for thousands of years have used this powerful rhizome to cure lots of diseases; Ayurveda medicine, Chinese medicine and Greek medicine have all used this roots for centuries and now it is considered as a universal medicine that can cure a lot of illnesses, infections and infections.

Apart from Gingerol, ginger has 115 more chemical components that are of therapeutic effects and they are about 1,300 species of ginger.

The trade of this spice back then was the root of the world’s economy for centuries; wars were fought, dynasties rose and fell just because they wanted to seize ginger.

There are many forms in which ginger can be used or taken and they are:

It prevents chronic diseases: Over 80% of death in the world today is caused by chronic diseases like heart attack and stroke. Regular use of ginger helps to keep these diseases at bay. To reduce the risk of having a stroke or heart attack, it is advisable to add ginger and garlic to your meals regularly. This powerful combination protects the body from diseases, it increases the quality of life and it also increases life span.

It eliminates bad cholesterol: A study conducted in China proved that ginger remarkably reduced cholesterol markers; it lowers low density lipoprotein cholesterol (the main cause of heart disease) better without side effects and it does it more than atorvastatin, a drug doctors usually prescribe to lower cholesterol. Ginger also reduces triacylglycerides and other very low density lipoprotein cholesterol. Taking ginger regularly will have a profound effect on the levels of your LDL which will help to prevent chronic diseases.

It boosts brain functions and prevents brain diseases: Ginger through its rich amount of antioxidants and bioactive compounds prevents chronic inflammation and oxidative stress which can impair brain functions and cause dementia and Alzheimer’s disease. It enhance brain functions, improves memory and reaction time and it protects against age related decline in the functions of the brain.

It helps in proper absorption of nutrients: Regular intake of ginger supplies the body with nutrient and phytochemicals, these phytochemicals helps the body to properly digest and absorb nutrients. The mainstays to health are proper digestion, transport and absorption of food; digestive problems can cause malnutrition due to improper assimilation of the nutrients in the food. It is also potent against dyspepsia also known as chronic indigestion which is characterized by recurrent pain and discomfort in the upper part of the stomach. Ginger helps to speed up emptying of the bowels which is a major cause of indigestion.

It controls hypertension: Ginger can reduce high blood pressure by stopping blood clots from forming in your arteries; it also lowers bad cholesterol and triacylglycerides.

It fights diabetes: Gingerol fights diabetes and improves insulin sensitivity; it suppresses the accumulation of sorbitol in blood cells and it improves the condition of diabetic patients.

It promotes healthy growth of hair: Drinking the juice regularly can help one to grow long and strong hair; it increases the flow of blood to the hair follicles and its antiseptic nature prevents dandruff.

It fights infections: Ginger is powerful in fighting infections; in a study conducted at Carleton University, 29 plant species were used to treat fungus and ginger won the prize. To fight a fungal infection, mix several drops of pure ginger essential oil with tea tree oil and one teaspoon of coconut oil and apply the mixture on the affected area three times daily.

Ginger is also very effective in fighting bacterial infection; it can kill Staphylococcus aureus and Streptococcus pyogenes more than conventional medicine; chloramphenicol, tetracycline and ampicillin are not up to the anti-bacterial prowess of ginger extract.

It has effect against a wide range of bacteria by inhibiting their growth; it can kill oral bacteria that cause gingivitis and periodontitis and it is even effective against the RSV virus that causes respiratory infection.

It protects one from harmful UV rays: Studies have shown that Ginger has the ability to absorb UV rays thereby protecting the DNA against damage; its rich antioxidant properties protect the body from damages caused by UV light.

It reduces pain and inflammation: Ginger can fight pain and inflammations; it active ingredient Gingerol acts on the vanilloid receptors which are on the sensory nerve endings; it affects the pain pathways directly and relieves inflammation. It helps in easing all kinds of pains including dysmenorrhea, menstrual cramps, muscle cramps and pains, joint pains and body pains.

It helps one maintain a healthy weight: Ginger helps one lose weight and at the same time it maintains optimum weight in healthy individuals; it reduces the feeling of hunger and makes one have a feeling of fullness. It also aids proper digestion of food by activating the digestive juices.

It fights cancer: A medical research was conducted at the University of Minnesota and it proved that ginger prevents cancer.

In one of the studies, they worked on mice that had no immune system, and they gave them Gingerol for three weeks and they found out that it delayed the growth of colorectal cancer; it was later reaffirmed with ovarian cancer, it was even found that ginger inhibited the growth of cancer cells. Take ginger tea three times daily if you are battling cancer, it will even help with the side effects of chemotherapy and other cancer treatment and drugs.

It fights arthritis: Osteoarthritis is a common health problem that is characterized by degeneration of the joints and this leads to joint pain and stiffness; in a study those who took ginger extract had a great reduction in knee pain on standing. For quick relief, massage the affected part with this combination, ginger, mastic, and cinnamon and sesame oil.

It supports healthy skin: Ginger has many phytochemicals, antioxidants and other important nutrients that fight skin infections and problems; it prevents the activities of free radicals and slows the process of aging, it prevents acne and clears the scars and regular intake of ginger will give one a glowing skin.

It fights Ulcers: It has been a known fact since the 1980s, that ginger can cure stomach ulcers; it is 6 to 8 times more potent than Prevacid, the drug of choice to treat ulcers, GERD or acid reflux. 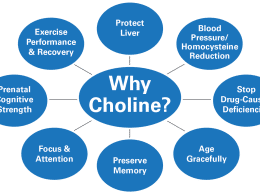 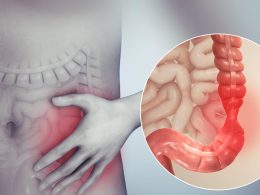 What Can I Eat if I Have Irritable Bowel Syndrome? 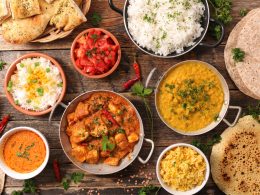 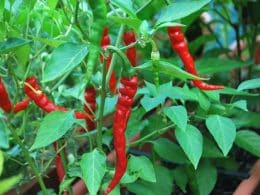 Cayenne Pepper and Its Amazing Benefits