27 Things to Keep in Mind Before You “Lose” Your Virginity

Choosing to have your first sex can be a huge deal, as no amount of preparation or research will adequately prepare you for what you might encounter.

But before you take the giant step, here are 27 things you need to keep in mind.

But whichever way you put it, an essential thing to note and always remember is that only you have the right to choose when to have sex and that you’re cool with that decision.

S when the time comes, do not think of it as “giving” or “losing” something. In actuality, you’re acquiring a whole new experience.

Others might re-evaluate their virginity status after giving or receiving oral stimulation. When it comes to sex and virginity, there’s more to it than just P and V.

You must have heard the myth that if you have a hymen, during vaginal penetration, it will break. But like all others, it is nothing but a myth.

Depending on its size, a hymen can tear off during penetrative sex, and physical activities such as exercise. But it just won’t “pop” because it can’t.

Like your nose and toes, your hymen is just a body part. It doesn’t confirm whether you’re a virgin any more than your fingers do.

Besides, not everyone is born with it. And if they are, it may be a tiny piece of tissue. You – and only you can determine your virginity status.

There will be no change in your physical appearance after your first sex – or second, third or even tenth. Though you will experience some physiological reaction associated with sexual arousal such as:

They are only temporary arousal-related reactions. It’s just a sign that your body is responding to stimulus – it’s not changing.

After you’re through having sex, your body will gradually return to its normal state. But the cooling session only takes a few minutes. Therefore, there is no way someone else will know that you just had sex or you’re no longer a virgin unless you choose to tell them.

Everyone encounters sex differently. But you shouldn’t assume your first will be like the ones on TV. Sex scenes on the silver screen don’t occur in one take – actors regularly have to reposition themselves and directors might re-film specific scenes, so it looks good.

In other words, what you see on television and movies are actually not a realistic image of what sex looks like for most people.

The first time you have sex, it’s completely normal to feel uncomfortable. During penetration, frictions occur, and it could cause discomfort, but you shouldn’t feel pain.

If having sex does hurt, it could be as a result of lack of lubrication or maybe a medical condition like endometriosis. If you feel pain every time you have sex, it is advisable to see your doctor. They can diagnose and help treat any underlying ailment.

Naturally, your vagina may produce lubrication or become “wet.” But occasionally, the lube produced by the vagina might not be enough to reduce friction.

During your first penetration, you may experience some light bleeding, but don’t expect a scene from “300”. If you’re engaging in vaginal penetration, there may be some minor bleeding if your hymen stretches.

If you engage in penis-vaginal penetration – even if for the first time, getting pregnant is very much in the books.

It can occur when sperm is ejaculated inside the vagina or outside, but close to the vagina opening. It is advisable to use a condom or any other form of protection to prevent from such an occurrence,

Climaxing isn’t always a guarantee, and there’s a tendency that you may not have an orgasm during your first sexual intercourse.

This could occur due to some reasons like comfort levels and medical conditions. in fact, studies have shown that around 11 to 41 percent of people with a vagina has difficulty in climaxing with their partners.

It is usual for someone with a penis to climax faster than wanted – or expected – during sex. Research shows that 1 out of 3 people suffer from premature ejaculation. If you orgasm quickly than expected whenever you have sex, it is advisable to consult a doctor.

They may be able to recommend medications and therapies to tackle the issue. However, there’s a probability that you might not climax during your first sex even if you ejaculate.

You may notice that your penis is not able to sustain an erection firm enough for penetration. This could be embarrassing but note that erectile dysfunction (ED) occasionally occurs.

ED can occur due to specific reasons such as anxiety and stress. Anxiety, in this case, is because it’s your first attempt at sex. But if ED lingers, it’s advisable to consult a doctor for proper diagnosis.

It is possible to orgasm when you feel relaxed with your partner, your body and the experience in as a whole.

When you’re relaxed, you will be more open to sexual stimulation. Subsequently, the pleasurable sensations coursing through your body could build up into an orgasm.

Don’t get it twisted – orgasms are exciting! They send pleasure waves throughout your body that makes you happy.

But climaxing isn’t always the point of sex though. What really matters is that you and your partner are both relaxed and equally into the encounter.

Do not disregard your personal desires. If you have specific wants and needs, do not hesitate to tell your partner. It’s essential to keep an open mind about your desires especially since it’s your first time having sex so that you can get the very best out of the experience.

No means no. End of discussion. You don’t have to do something that you’re not comfortable with. No one has the right to coerce or force you into doing something against your better judgment – and vice versa.

And this is not restricted to only your first time; it applies to every time you have sex. If your Partner says no; you shouldn’t see it as an opportunity to continue asking. Asking someone to do something repeatedly for them to change their mind is a form of coercion.

You may be pressured to have sex earlier than when you want to. It is of grave importance to remember that you – and only you, can decide when it feels right for you to have sex especially if it’s your first time. If the timing doesn’t seem right, that’s fine. Wait until it feels right.

Take or leave it; everyone else is not doing it. The amount of people having sex is literally declining. A survey carried out in 2016 reported that 15 percent of millennials haven’t been sexually active since they were 18 years old.

Besides, records from the centers for disease control and prevention in the United States indicates that the average age of teens waiting for their first sex is 17, an increase from the average age 16 last recorded in 2000.

Sex – like swimming – is a physical activity and shouldn’t be mistaking for love, romance, intimacy or emotional bond.

Your conception of sex, though, is a bit more complicated. Some people only engage in sex with someone whom they are emotionally attached to, while others may have sex for the sake of it. No strings attached.

Therefore you should make sure that you’re cool with the fact that whoever you’re having sex with might not place any emotional value on the experience the way you do.

Some people may possess strong religious notions about the idea of sex. Others may not. In any case, your soul won’t be destroyed for having sex nor will you be tied to your partner for eternity.

In the long run, sex is just sex. It’s a regular healthy activity that has no connection with your moral or spiritual background.

“Do we have to do this every time we’re together?”, “will sex always be that way?” “How does this affect our relationship?” As you and your partner go deeper, questions such as these will begin to surface.

Some of the answers to these questions might be complicated and even upset either of you. But no matter the outcome, it is essential to always keep a honest and open mind as you talk through these issues.

The amazing thing about sex is that it’s a whole new experience each time. Your first time of having sex might not be as exciting as you had imagined, but it doesn’t mean that your subsequent encounters will be the same as the first.

The kind of sex you may or not have in the future depends on the partner, willingness to explore new things, level of experience, and lots more.

Your first sexual encounter shouldn’t be a done and dusted affair unless you choose so. If your first sex didn’t go as expected or wanted, you could always try again – and again, and again. After all, it is said that practice makes perfect.

Reasons to Start Icing Your Face

Water, in its many forms, has proved to be a solution to many beauty problems we 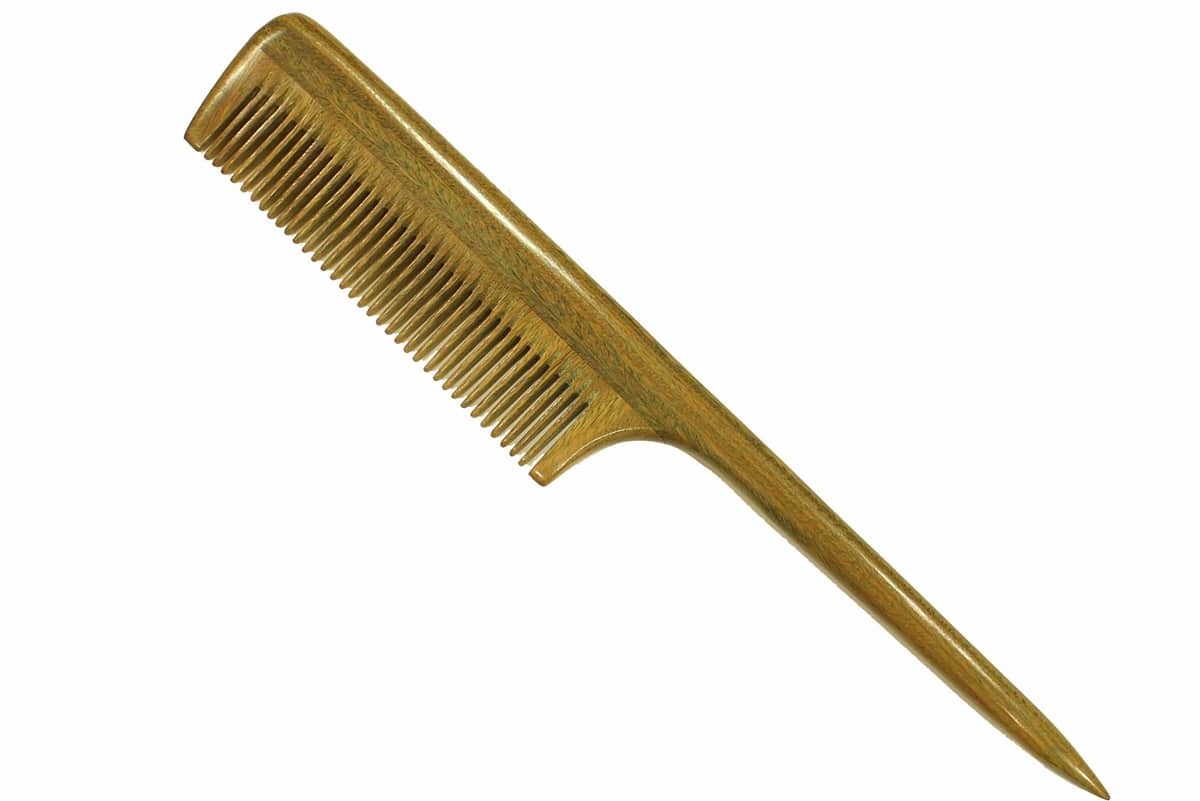 9 Different Types of Combs and Their Uses

Combs is one fashion item that almost every individual has, but not everyone

An Introduction to Squalane and How It Benefits Hair and Skin

The human body is naturally built to moisturize the skin’s outer layer,