All About African Waist Beads for Waist Training and More

We know about great fashion accessories like anklets, necklaces, chokers, bangles, and earrings. There is, however, one fashion item but a lot of people are not familiar with, and that is the waist beads. Waist beads are initially from West Africa, the Yoruba tribe of Nigeria precisely.

However, the use of waist beads has been noticed in other African countries like Serie Leone Togo Senegal and Ghana. The waist beads are not only fashion items, but they have a history that dates back to antiquity.

Behind these waist beads that are one of the cheapest yet beautiful ornaments, there lie beliefs that they possess certain fertility powers and waist training abilities.

In this article, we will be discussing whether or not this fertility belief and other assumptions about waist beads are real or just a myth.

A lot of people have argued that the history of Waist beads started in Ancient Egypt where it was known as a griddle. Ancient Egyptian women who wore waist beads used it as an ornament and also as a way to show their social class.

However not much is known about whether or not they had specific beliefs attached to the use of West beads. For the Yoruba people in the southwestern region of Nigeria, waist beads are beyond just ordinary ornaments that ladies wear because they won’t look fashionable.

Yoruba women wear waist beads as a way to shape their bodies they also believed that putting on waist beads would make a woman more fertile and give birth to as many children as she desired waist beads also was a celebration of feminity, spiritual health and healing.

For Ghanaian women, a lot of people have attributed their wide waist and big backsides to the use of waist beads for body shaping.

It is believed that at one time in history Yoruba women laced their waist beads with fragrances and charms so they could become more attractive to the opposite sex.

However, that practice of fastening with charms and perfumes has long stopped but women still put on waist beads as a way to seduce their male partners.

Whether this works or not we cannot really say, but one thing we know is that we’d be a super chick and beautiful. At least Lupita Nyong’o has proven it with a photo.

In some parts of Ghana, when a female is born, during the naming ceremony, the baby is adorned with waist beads. This is so that as she grows the waist beads would help to restrict the width of her waist, so she ends up with an hourglass figure as a teenager or an adult.

Some people who did not start wearing waist beads while they were children can begin to wear waist beads at their young age so that as their body begins to develop their waists do not grow as wide as the hips.

No wonder Ghanaian women are seen as the women with the perfect body shape in West Africa. That is not all, waist beads in Ghanaian tradition are believed to attract deep emotions and signify wealth.

A suitor is required to commission a set of beads for his new bride the beast have to be in the form of bangles necklaces and anklets and waist beads.

This collection of beads would serve as a foundation of the new wife’s wealth as Ghanaians have sentimental attachments to beads. As part of the tradition, some Ghanaian women will tell you that no one else is permitted to take off their waist beads except their husbands on the night of their wedding.

Shaping your waist with beads

Original waist beads or “Ileke” as popularly called in the Yoruba tradition, are made from clay beads and strong strings that are non-elastic.

These strings do not break easily unless you deliberately cut them with scissors or sharp objects the reason they are made with the non-flexible material is so that as your body grows the string notifies you of weight gain or loss.

How can beads notify you of weight gain or loss you might want to ask. Waist beads move up when you put on weight. And when you lose some weight, they run back down towards your hips. That way, you know when to shed some body fat and when to just leave your body the way it is.

Isn’t it just great to know you can have your waist shaped using beads?

You’d have to put on a series of waist beads, say about 7 to 12, and leave them on permanently to shape your waist. Besides, they are worn under your clothing, so you really don’t have to bother about people seeing them.

If you are at the beach and or in the mood to show off your summer body, waist beads are sure to have all eyes on you so go ahead and purchase as many as you can and rock them.

Do waist beads have any effect on reproduction?

Well, African tradition tells you that waist beads have effects on reproduction, they could eliminate barrenness and help a woman give birth to as many children as she wants. And also, the Yorubas believe it affects the safety of a child’s delivery.

Women who put on waist beads are assumed to deliver their children easily and safely compare to their counterparts who do not put on waist beads. However, there is no scientific backing to support these claims.

In fact, a counter school of thought believe that waist beads reduce a woman’s ability to give birth the natural way as the slimness of her waist would make it difficult for the baby to pass through easily. In other words, she has to give birth through a cesarean session.

At this point, we’re not really concerned about whether or not you find the tradition interesting. What matters is that we have seen a cheaper way to train your waist and to look chicken sexy at the same time so what are you waiting for go get yourself upset of waist beads.

The most interesting part is you can actually make waist beads on your own with a little amount of money and in a short period. All you have to do is go to a craft store and purchase any pack of tiny beads that you like.

Get strong strings that are inelastic and put the beads in them. When you are done filling the lines with beads, put it around your waist and fasten both ends. Viola! Your waist beads are ready.

5 Reasons Why Vintage Pieces Are the New Trendy Fashion

Every girl wants to stand out in the crowd, looking classy and sophisticated

6 Homemade Facial Mask You Should Try for Radiant Skin

Got issues with age spots, acne, oily skin or wrinkles? 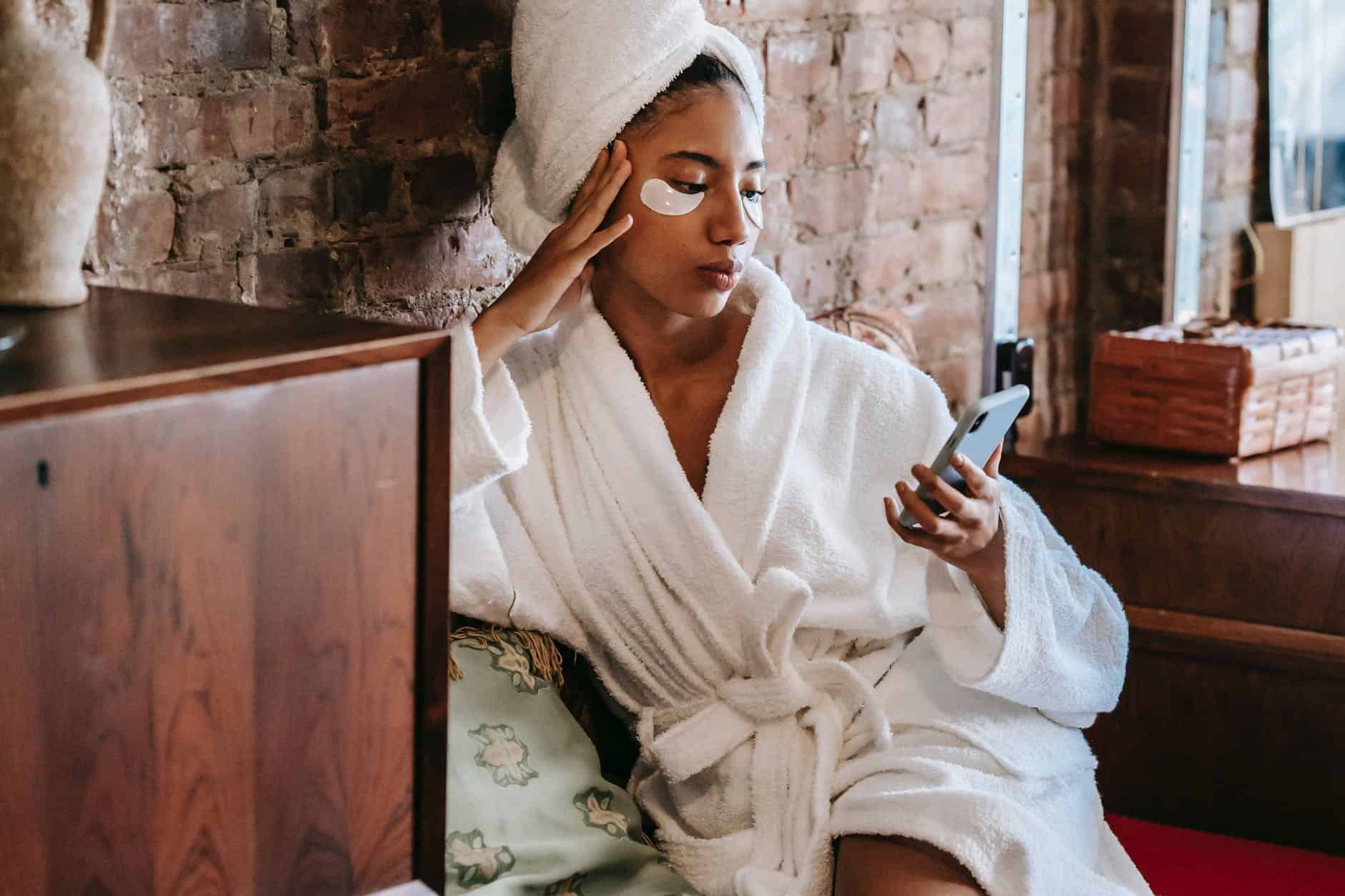 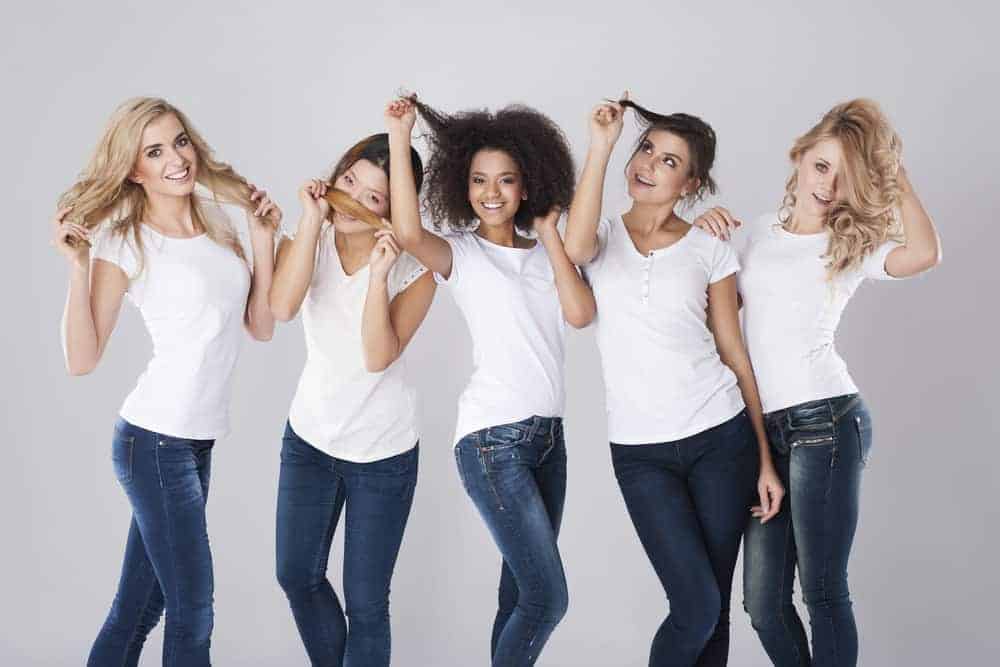