What is Alcohol Poisoning?

Drinking alcohol is an age-old activity that people like to engage in. When people in the olden days gathered together for some recreational activity, there had to drink in the mix.

The intoxicating effect of alcohol was believed to help people see things differently, tell the truth, and do things they thought they never could do because they felt it heightened the senses.

Because of how much people consume alcohol almost every party has different alcoholic drinks on the menu. However, it is possible to take an overdose of alcohol and die from alcohol poisoning.

In our previous articles, we talked about an introduction to poisoning, food poisoning and other kinds of poisoning so if you miss those posts, do well to check them out.

The history of alcohol

There have been different speculations about where alcohol originated from China to Africa one more speculation point to Asia. However, the earliest form of alcohol known to man was mead.

Mead is an alcoholic drink made from water honey and yeast and was around since as far as 6500 BC. Different kinds of literature talk about this drink and how it is a gift from the “gods”. Mead is making a strong comeback as its production is currently rising fast in the United States.

With the passage of time different all the kinds of fermented beverages began to come up, some individuals speculate that the existence of wine precedes that of beer and others beg to differ.

However, both drinks have been around for centuries, and different variations of them are invented from time to time. There are other forms of alcoholic beverages like tequila, brandy, vodka, schnapps, etc.

About wines, some sources say that the first recorded wine was made from grapes and originated from Iran sometime around 5000 BC and its popularity began to spread all over the world making it one of the most popular drinks world over.

Even till date, the value of wine can never be overemphasised, almost every wedding party and even cocktail parties require the presence of wine for the entertainment of guests.

Some famous people who died from alcohol poisoning

When it comes to the possibility of someone else dropping a poisoning substance into your drink, you may want to wave it off, but studies show that some of the people have died from this kind of poisoning. However, more people have been killed from binge drinking than getting to consume a drink that was spiked.

Some notable individuals who have died from alcohol consumption include the singing sensation Amy Winehouse, The Swiss actor Richard Burton, The baseball player Mickey Mantle, And the pin-up girl and actress Veronica Lake.

It is noteworthy that most deaths might not be as a result of tasting the alcohol but due to excess consumption that leads to intoxication.

People can die from car accidents while driving drunk; there is a possibility of choking on your vomit, or evening missing a step and hitting your head when you have had too much alcohol.

What is Alcohol poisoning?

Alcohol poisoning refers to the unhealthy effect of consuming an excessive amount of alcohol over a short period. Regardless of your alcohol tolerance, when you drink too much alcohol at once, you are at risk of alcohol poisoning.

Studies show that the more the drink, the higher your blood alcohol content climbs. And when your B.A.H hits a certain level; your body and brains begin to either malfunction or not even function.

That point where you start to feel like you’ve lost control of your senses, or when people start to notice strange behaviour from you is the time where you need to get urgent help.

It is difficult to say how many drinks is safe for a person to take as alcohol tolerance levels differ according to age, gender, and weight. But one thing is sure, when you have had one drink too many, your body tells you.

What to do and what to avoid in a case of Alcohol poisoning?

One thing to note is that Alcohol is a poison and what makes most poisons harmful is the quantity of them that is consumed at a time.

With all the advice you must have got from people around you or those tricks you must have seen people do when they have had too much to drink, you may want to help a person who is experiencing alcohol poisoning around you.

Your intention is laudable but please, do not be too fast to offer help if you can call for emergency help as the little things you may try to could cause more damage.

The idea of sleeping it out is supposed to allow the symptoms to pass, but the reality of the matter is that the alcohol level in a person’s body increases even when they have stopped drinking.

This is so because the alcohol in a person’s digestive system gets absorbed into the bloodstreams and when that happens, the body finds it difficult to function properly.

Vomiting should make them feel better because it is a way to remove the excess alcohol from the victim’s body yes? Well, if you plan on doing that, remember that when a person is that drunk, their gag reflex does not work as it should hence the person can choke on his puke.

Because when a person is drunk, they become depressed and sober, walking or dancing in that state could lead to accidents that would cause further injuries, and that’s not something you want to deal with.

Never give them a cup of coffee

Alcohol is dehydrating naturally, so giving a person coffee to fight excess drinking would mean increasing the amount of dehydration. The resultant effect would be brain damage.

A lot of people assume that when a person drinks the same brand of alcohol that got them drunk a few hours after, such a person would feel better. That is a terrible thing to think. Drinking more alcohol would only increase the person’s blood alcohol level to a perilous height.

Do not give a victim a cold bath

Alcohol reduces a person’s body temperature to lower than usual so when you give them a cold bath, you would be doing more harm than good. Heat up some water instead and have them take a shower with the hot or warm water.

Things to do to help with alcohol poisoning

As stated before, people who have alcohol poisoning need to be kept away from an extra cold as their body temperature is already low.

Make sure to give them warm clothing to put on after a hot bath.

The above advice is for self-alcohol poisoning. If you feel that somehow, a person’s drink has been poisoned, do not wait for all the symptoms before you call for emergency help as they may not have much time on their hands to survive without professional help. 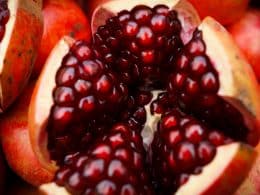 Currently, the juice is made from a wide variety of fruits 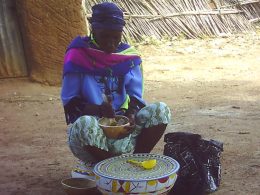 If you have never heard about Fura da nono, then the chances are that you have 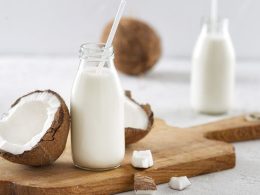 Coconut Kefir: The Superfood for Immunity and Well-being 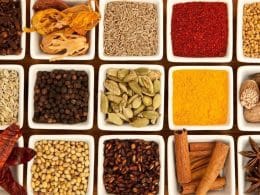 Imagine food without any of the spices