10 Best Places to Visit in Ghana

Ghana is one of Africa’s most beautiful and culture-rich countries. It is home to an exciting mix of beaches, animals, mountains, and incredible coastlines and landscapes.

Burkina Faso borders the West African country to the North, Cote d’Ivoire to the west, Togo to the east, and to the South, the Gulf of Guinea. Ghana is popularly called the black star and has become very famous for its wealth of natural resources.

The country’s mineral wealth includes diamonds, manganese, gold, bauxite, among many others. The people of Ghana and known to be sports lovers as they take every advantage they get to show their deep love for football.

A lot of people consider Ghana the gateway to Africa, mainly because of its numerous tourist attractions and beautiful culture.

Although when you take a good look at the African map, Ghana is one of the countries that look relatively small, it boasts of more tourist attractions than some other African countries that are relatively larger in size.

If you have your next holiday planned, and you are considering spending it in Ghana, this guide is specially designed for you. We have put together 10 of the most amazing places that you can visit in the black star that will give you an exciting story to tell when you return home.

1. Accra, The Capital of Ghana

Accra has several interesting places for tourists to visit below are some of them:

The Atlantic coast of Ghana is lined with ancient castles that were built by different European powers in the 17th century.

One of the most popular is the Cape Coast Castle, which was developed specifically for the slave trade, and it has remained one of Ghana’s most impressive old castles. The Cape Coast castle was initially built in 1637 by the Dutch.

But later, it was expanded by the Swedes, and eventually, the British took control of it when they arrived in 1664. The castle was turned into the British Colonial headquarters, and it stayed that way for the next two centuries until they relocated to the capital in Accra in 1877.

Today, the Cape Coast Castle has become an exciting museum, packed with information about Ghana’s rich history, the local culture, and the slave trade. When you visit this place, you would surely enjoy the tour as it takes you through the prisons, and of course, the famous door of no return.

Some exciting places you do not want to miss in the Cape Coast environs or on your way to Cape Coast are the West African Historical Museum and the Posuban Shrine.

Elmina is a delineated fishing town along the coast of Ghana, not too distant from Cape Coast. The town is home to one of the biggest attractions in Ghana, St George’s Castle.

Known to be built in 1482 by the Portuguese, the castle was later captured by the Dutch after 150 years, and was used as the headquarters of their West Indies Company for the next 250 years that followed.

Gold export soon faded out and was replaced by the slave trade, and taking a tour through the dungeons in this Castle would give you an almost vivid image of what the slaves must have dealt with during that time.

In the castle is a tiny Museum where you can enjoy guided tours. One of the biggest irony you could ever imagine is comparing the Radiant beauty of the whitewashed Castle walls with the deep dark history behind it.

There is also Fort St Jago, which lies just across the lagoon from the Elmina and St George’s castle and is worthy of a visiting for the lovely views it provides, both of the town and the Castle.

Another notable attraction that must make your list should you choose to travel on the Central- Western road is the majestic Cape three-point. It is a little peninsula in the Western part of Akanland, West Africa.

Creating the southernmost tip of the culture-rich Akanland, it is situated between the coastal towns of princess town and Dixcove. Cape Three Points is popularly called the “land nearest nowhere” for the fact that it is the land closest to a part in the sea known to be at 0 latitudes, 0 longitude and 0 altitudes (the distance is around 570 km).

It is generally well known for its beacons; the first was developed in 1875 by the English as a navigational guide for exchanging vessels cruising through the Bay of Guinea.

Kakum National Park is a thick tropical downpour backwoods in southern Ghana. The backwoods is home to more than 40 types of bigger warm-blooded animals, including woods bison, timberland elephants, Mona-meerkats, and civets. The feathered creature’s life is incredible, too, with more than 250 species living in the woodland.

The feature of any visit to Kakum is a walk around the Shelter Walkway that is assembled 30 meters over the ground, traverses 1000 feet (350 m) long. The overhang walkway offers an exceptional review point of view of the untamed life and one of a kind plants of the timberland.

Prepared aides are available to take you on a visit and give point by point understanding into the therapeutic employments of the woods plants. There’s an essential campground for the individuals who need to remain for the time being or till the next day.

Lake Volta (or Volta Lake) is the biggest human-made lake on the planet. A traveler pontoon, the Yapei queen, runs the whole length of the lake between Yeji in the North to Akosombo in the South.

The excursion takes around 24 hours one way and moves from Akosombo each Monday. You can book your journey via the Volta Lake Transport Organization. You’ll be sharing the raft with some domesticated animals and bunches of vegetables.

The vessel is now and then alluded to as the “yam biat.” The dozing is unpleasant; however, absolutely remunerating for the courageous voyager.

You will find other smaller boat ride services on Lake Volta that can take you further up north and east. You can fix your transportation in Tamale.

Other areas in and around this region are Xavi( birds), Shai Nature Reserve, Aburi Botanical Gardens, and lots more.

Kumasi is the erstwhile capital of the famous Ashanti Kingdom of Ghana in southern-central Ghana. While Accra is the country’s capital, Kumasi is the second-largest city in Ghana, with a population of about 1.5 million people.

The Ashanti people are famous artisans, the gold jewelry and trinkets they make are renowned throughout the globe, as is their colorful Kente cloth and hand made wood-carved stools. Some of these pieces can be seen at the National Culture Center and in some craft villages on the outskirts of Kumasi.

You also do not want to miss visiting the bustling Kejetia Market, the Kente fabric sold here is of the best quality and at the best prices if you can manage the chaos.

If you are also interested in culture and would love to see how the ancient Ashanti Kings used to live, there is the Manhyia Palace Museum that you can visit. You can meet the present Ashanti king also as he makes a public appearance every 42 days.

You do not want to miss the Okomfo Lake Bosomtwe, Anokye Sword Site, Kumasi Market, and Fort, all around this area. Also, the Bonwire( the Kente City), and Obuasi Gold Mine are only a few miles away from Kumasi.

For those who love water, the Kintampo waterfalls is a place to see. The site is located on the Kumasi-Kintampo highway and is an exciting sight for lovers of nature.

It is about 4km apart from the Kintampo Township, along the Kumasi-Tamale road. At this point is where the Pumpu Waterway falls approximately seventy (70) meters to proceed with its travel towards the Dark Volta at Buipe.

The Kintampo falls are molded in a delightful staircase. This heavenly falls strangely vanishes and reemerges 200 meters from its unique area.

The fantastic scenery of this place makes it a loved attraction for holidaymakers and tourists who visit Brong Ahafo. There is also the Boambeng Fiema Monkey Sanctuary that is is not to be missed, also in the Brong Ahafo region.

Nzulezu is one of the most attractive villages in Ghana. This village is a small one that is built on stilts in the mussy Amansuri Lagoon. Much like in the atmosphere and looks to Genvie in Benin, this small fishing community is far from the loud hustle and bustle of everyday Ghanaian life.

The only way to reach the village is by renting a canoe, which is always available from the Beyin village. It takes about one hour to get to the fishing village. There is simple accommodation in a stilt house for visitors. This is also the area where you can find the Ankasa National Park.

The Mole National Park is the largest wildlife park known in Ghana and is situated in the northwestern region of the country. In Mole National park, you can enjoy the sight of animals like hyenas, buffalo, antelope, elephants, warthogs, and sometimes leopard.

Recently, a few lions have been re-introduced to the wildlife park. If you love birds, this is where you find over 250 exotic species of birds.

You can enjoy a walking safari if you like, or opt for a traditional game drive in the company of an armed guard. If you want to spend the night, There’s a motel not far from the park headquarters.

You can spot animals almost every time, but the best time to enjoy the wildlife is in the dry season, usually from January to March, as they are known to congregate around the available water sources. If you want a touch of religion, you can visit the oldest mosque in Ghana, the Larabanga Mosque.

Paga is a sacred sanctuary for crocodiles, and it is located in the north-eastern border

Crocodiles and naturally considered wild animals and almost too dangerous to be around humans. However, the crocodiles at the paga Sanctuary can amicably coexist with humans. This has left visitors from far and wide baffled.

It is considered a customary offense to kill, harm, or show any sign of hate or disrespect to the crocodiles living in Paga.

It is not rare to find guests or children sitting on the back of a crocodile or holding its tale without any harm, after offering a sacrifice of a chicken. This activity is a normal one for the people of Paga but has remained a mystery to visitors.

These and many more are the places you can see when you visit Ghana. We hope you enjoyed reading, and we look forward to your comments.

9 Amazing Hotels You Should Go for Vacation

Some of us need time-off/break from work as a way to relax, but we don’t

10 Places to Visit in Paris at Night

Paris is a place with many nicknames 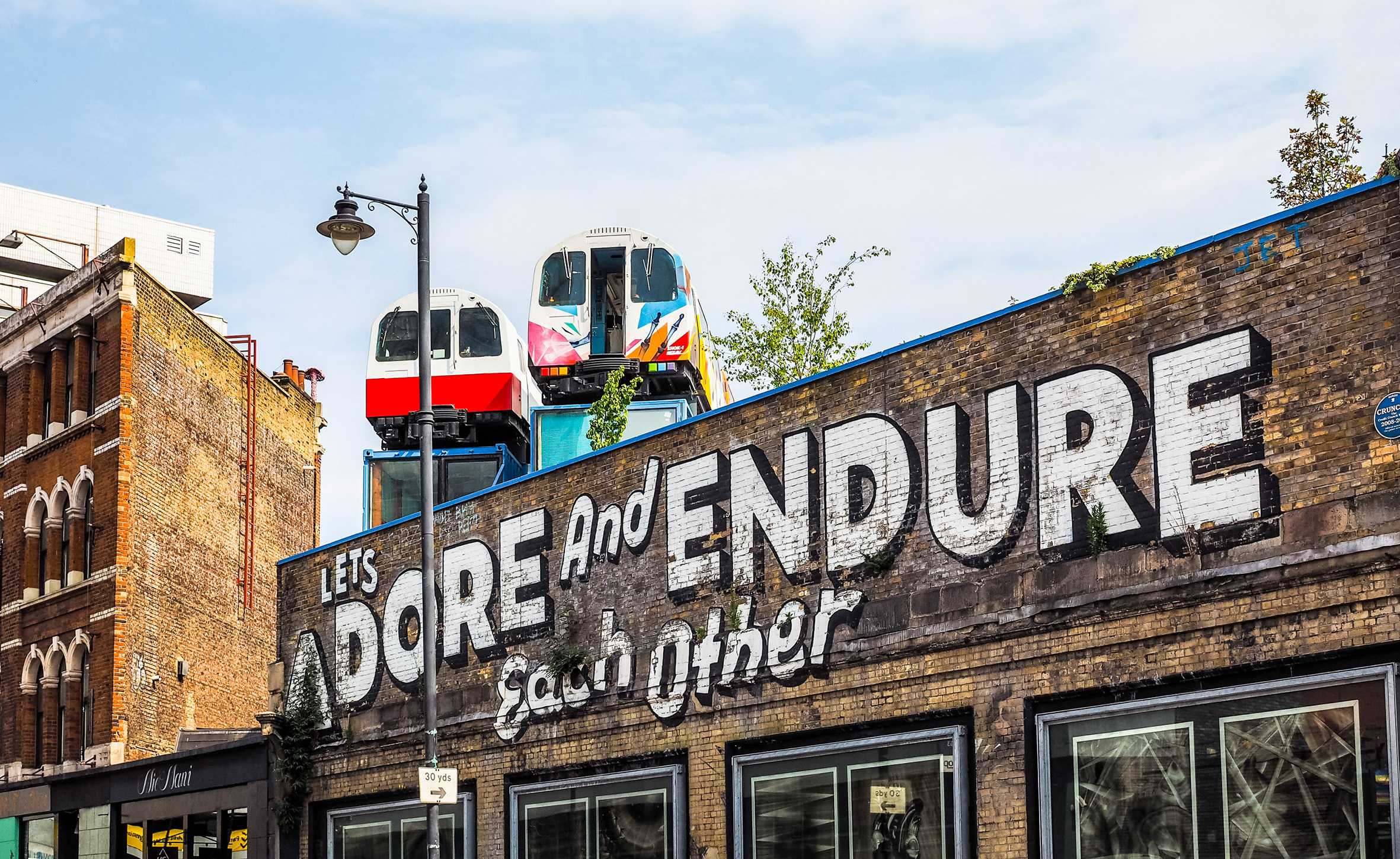 10 Best Things to Do in London

So, London is the go-to destination for many holidaymakers 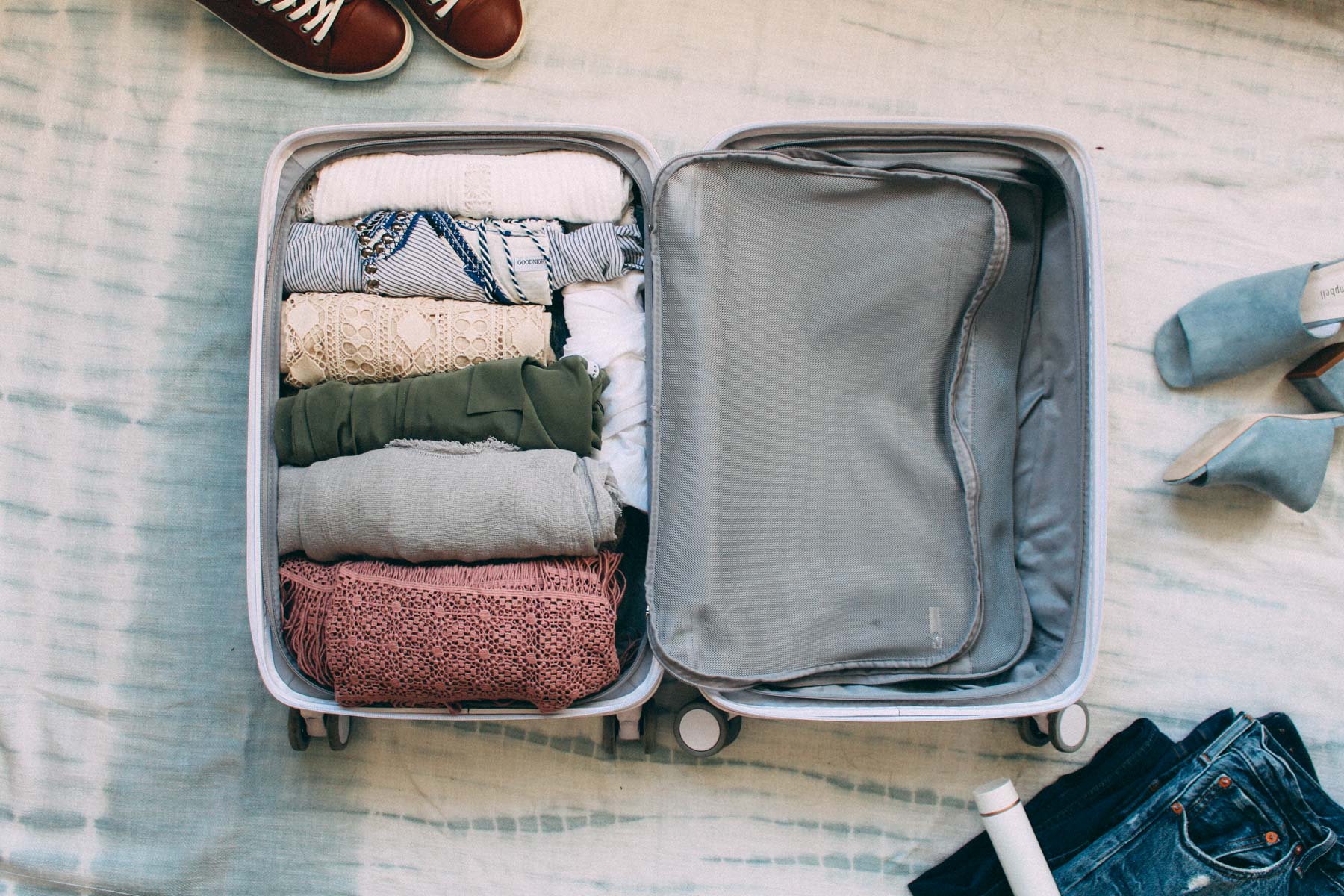 How to Properly Pack a Suitcase?