William Henry Gates III was born in Seattle, Washington, U.S, on October 28, 1955. Globally, he is known as Bill Gates and the co-founder of Microsoft Corporation.

He is also an American business mogul, software developer, investor, and philanthropist.

While he was building his career at Microsoft, Gates occupied the office of the chairman, the chief executive officer (CEO), the president, and the chief software architect.

It was not until May 2014 when he was still the most significant individual stockholder before he decided to step down.

He is one of the most famous entrepreneurs and pioneers of the microcomputer revolution of the 1970s and 1980s, which made him the youngest multimillionaire in the history of the US.

More than just one of the world’s most influential, most prosperous, and biggest inspirations, he is also husband to Melinda French Gates, whom he got married to in 1994 and father to three children.

Bill Gates was born and raised in his birthplace in Seattle, Washington. In 1975, Bill with Paul Allen co-founded a computer software company – Microsoft, in Albuquerque, New Mexico.

Bill Gates was born to the couple – William H. Gates and Mary Maxwell Gates in Seattle, Washington, on October 28, 1955. He is of English, German, and Irish/Scots-Irish descent.

His father, William Gates was an outstanding attorney, while his mother worked as one of the board of directors for First Interstate BancSystem. Growing up, Gates has two sisters,- an older sister named Kristianne and a younger in called Libby.

He is the fourth person to bear his name in their family, but rather, he was called William Gates III or “Trey”; this is because his father had the “II” suffix instead of “III.” He used to live with his parents in a home Sand Point area of Seattle until a bizarre tornado stirn destroyed it when Bill was about seven years old.

Bill was a playful happy child that loved competitive games.  He was highly intelligent and loved maths so much when he was in grade school.

But then, Gates waps easily bored with school, and this made him get into trouble a lot, and because of this, his parents always kept him busy with outside activities like Boy Scouts and reading books which, science fiction books were his favorite.

At the age of thirteen, he was sent to the Lakeside Preparatory School, where Bill’s met Paul Allen, his close friend, little did he know that they would be business partners in the future.

When Bill Gates was young, there was nothing like Personal computers, mobile phones, smartphones, laptops, and other electronic devices that we have now.

You can only find computers in large and flourishing companies, and they were very massive, heavy and immobile.

Bill Gates found the computer that his school, Lakeside school, bought and was fascinated by it. At a very young age, he wrote his first software program -a version of tic-tac-toe.

He grew so fond of the computer that it got to a point where he and some other students were banned from touching the computer moreso using it.

However, they still got the time to operate the computer, and while in highschool, he wrote another program for a company which was a payroll program, and he also helped his school in writing a scheduling program.

As a business minded as he was, he later began a business with a partner, Paul Allen, in writing computer programs that helped in the tracking of traffic patterns in his hometown.

After Bill had graduated from high school in 1973, he got enrolled at Harvard University.

His parent’s plan was to study law even though he had other plans. Gates spent most of his time with computers that he could not spare out time for friends except for his childhood friend Paul Allen who was working as of that time for Honeywell.

Bill and Paul tried to write a BASIC software program on the “Altair” PC when it was released. They contacted Altair to let him know about their programming, and Altair was curious enough to see their demonstration.

They had set up a meeting for the presentation, and when Bill met Altair for the demonstration, he seemed brilliant, and his software worked perfectly fine when he ran it for the first time; this was due to the hard work Gates put into the programming.

The hard work he had put in for more than a month.

In 1975, Gates could not take it any longer; he was not going to sit around and study law while his heart is with computers. So he dropped out of the university to chase his dreams.

And with the help of Paul Allen, his childhood friend, they co-founded Microsoft. Running the company was not easy, and it was doing well at that time until Gates landed a deal in 1980 with IBM to change computing for better.

This deal was to provide an MS-DOS operating system for the new IBM Personal Computer. Gates made a lot of money as he sold MS-DOS to other personal computer manufacturing companies as well.

Before they knew it, they were selling at a high rate, operating system globally.  Gates made at least $50,000  when they sold the MS-DOS to IBM as still had the copyright of the software.

The creation of Windows

It was a risky move, but Bill Gates took it. He was the type of person who took risks. In 1985, Microsoft released the Microsoft Windows operating system.

Initially, everyone kept complaining that Apple was better than Microsoft a hundred folds, and the release of Microsoft Windows operating system was the answer the public needed.

MWOS was almost identical to an operating system released by Apple the previous year. Even though people still compared Microsoft with Apple claiming that Apple was better, Gates was still on the same concept that he felt would be good for everyone – The open concept.

The growth of Microsoft

Even though Microsoft won the operating system Battle in the software market, he felt he needed to push his company harder, and he consistently released new products such as Microsoft Windows Office programs, including Microsoft Word and Excel, while reintroducing new and improved versions of their windows.

Gates wasn’t satisfied with just winning the operating system portion of the software market. Over the next few years, he introduced new products such as Word and Excel. The company also introduced new and improved versions of Windows.

In 1986, Bill made Microsoft public and declared it’s assets, by then the company was worth 520 million dollars and Bill Gates owned the most significant share in the company of about 45 percent was his; thus he was worth up to $234 million as of then, making him the youngest multimillionaire in the history of US.

The company grew massively and successfully that in no time, Bill Gates became the richest man in the world with his worth skyrocketing to over $100 billion.

Bill Gates is currently worth $98 billion seconding Jeff Bezos who is currently the world’s richest man (worth 113 billion).

In 1994, Bill Gates got married to Melinda French, and since then, they have been living together with their three children – two daughters and a son.

In 2000, Bill Gates and Melinda founded one of the largest charitable foundations in the world – Bill and Melinda Gates Foundation, Where he works full-time now.

Personally, Bill has donated more than $28 billion to charity, many forms, including relief material to third world countries that need it.

We hope this article has been helpful. Leave a comment below

Patrice Motsepe Net Worth and Biography 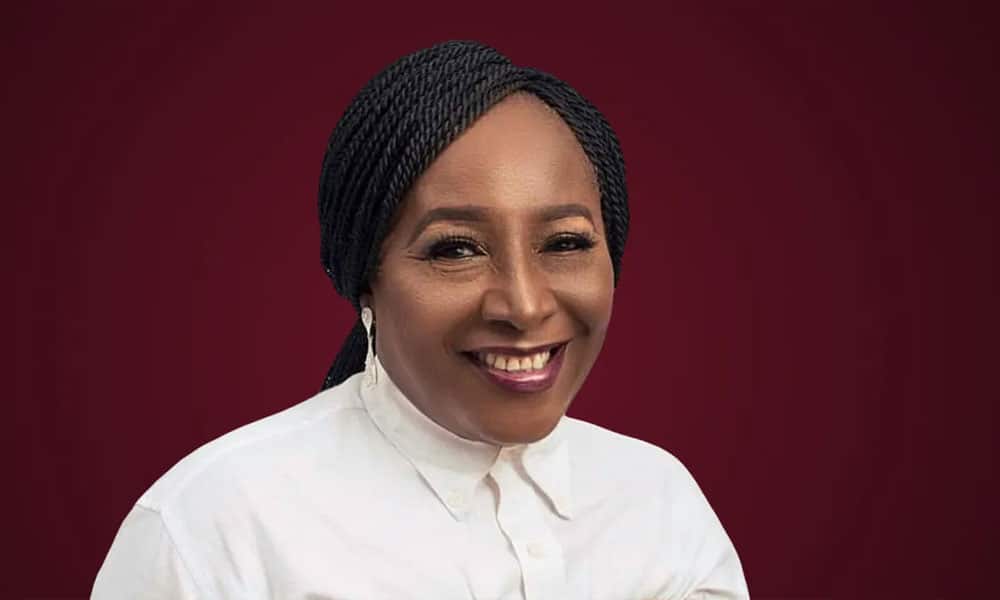 Patience Ozokwor Biography and Net Worth