Bitter Apple: Benefits and Side Effects

The presence of colocynthis in the body can cause extreme irritation of the intestinal lining and stomach, kidney damage, bloody diarrhea, bloody urine and difficulty urinating, not to mention other severe side effects like paralysis, convulsions, and in some cases, death. It was then banned in 1991 by the FDA, because of its serious reactions.

Nonetheless, due to its usefulness in the treatment and prevention of several health conditions, researchers are doing all it takes to provide us with more tolerable ways in preparing the bitter apple to be applied in traditional medicine.

The abundance of alkaloids, fatty acids, glycosides, flavonoids, and essential oils in the plant has been linked to many health benefits.

Bitter apple is also a good source of cucurbitacins compound that can be used in the treatment of cancer.

A study in Biochemical Pharmacology, published in 2007 showed that cucurbitacin glucosides that was extracted from the leaves of bitter apple had effects on the the growth of cancerous cells in human breast.

It was discovered that cucurbitacin glucosides could be used as a treatment for breast cancer, as it impairs the organization of actin filament.

Actin filaments motivates the process of cellular movement and communication. However, causing impairment in the organization of actin filaments using cucurbitacin glucosides can hold back the transmission of surviving signals.

Another study, published in the International Journal of Pharmaceutical Sciences Review and Research, showed the cytotoxic and anti-proliferative effect of hydro-alcoholic compound present in the plant on stomach cancer (adenocarcinoma gastric) cell lines.

The phytochemicals present in bitter apple, according to the result, proved toxic to many stomach cancer cell lines.

Even though researchers believe the plant has strong properties that can be used in combating some cancer, and can be introduced in chemotherapy, tests are still being carried out to ensure it’s safe usage.

Help in the treatment of diabetes

An experiment recently carried out by the department of Pharmacology and Toxicology at Nagpur Veterinary College in India, to ascertain the effect and safety of citrullus colocynthis (bitter apple) in the treatment of diabetes. Eighteen rodents were used as guinea pigs.

The experiment showed that some measured dose of citrullus colocynthis has anti diabetes properties and helped to reduce the toxicity present in the rats.

A study carried on humans in the east, in the year 2017, showed that 125 mg of citrullus colocynthis administered daily by people with type 2 diabetes, lead to an astonishing decrease in the levels of increased blood sugar and glycated hemoglobin with no side effects.

It was believed by the researchers that the absence of any side effects was due to the amount of dosage administered (125 mg). Since the study only lasted for two months, further tests is required to determine the safety and efficacy, as well as long term use of citrullus colocynthis.

A test was carried on inflammatory cells (similar to inflammation seen in osteoarthritis) by a vitro extraction of colocynth root.

Osteoarthritis is a known form of arthritis that manifests itself when bone in cartilages starts to rub off on each other and wearing occurs. Symptoms may include consistent pain, tenderness, stiffness and loss of flexibility in joints.

Extracted ethanol from the root of bitter apple helps to reduce the levels of pro-inflammatory cytokines present in inflamed cells. Cytokines are a group of chemical reactions that play a vital role in generating inflammation in the body.

Scientists are even more curious to know what the effects of root extracts of bitter apple have in the prevention and treatment of other known inflammation.

There is much work to be done, since extreme inflammation has been associated with the development of coronary artery disease, cancer, Alzheimer’s, and diabetes.

Hair growth has been a general topic of discussion for as long as time itself. Ayurvedic medicine has included extracts from bitter apple as a hair growth tonic.

It was noticed that, albino rats were able to grow their hair when ethanol extract and petroleum ether gotten from bitter apple was introduced to them.

Application involved the addiction of the extracts with an oil based ointment, and rubbed on the shaved skin of the rodents. A 2% solution of a standard hair loss solution known as Minoxidil was also used for comparison.

The time it took for hair to grow using the extracts was remarkably reduced to half, as well as the time needed for hair to grow. Also, the treatment also caused most of their hair follicles to grow back.

Side effects of bitter apple

Some side effects of bitter apple can be extremely severe and some of them include lesions linked with bleeding and intestinal damage.

Three extreme cases in 1989 were reported due to ingesting of citrullus colocynthis, causing toxic acute colitis. Dysenteric diarrhea (bloody diarrhea) was recorded in the clinical presentation, while the colonoscopies readings had hyperemia with excess exudates and mucosal congestion. However, there was no formation of pseudopolyp and no ulceration.

Good news is, the symptoms clears off with 14 days once usage of bitter apple has been stopped by patient(s).

A case of colocynth poisoning was also reported in 1996, as an uncommon cause of severe diarrhea syndrome or acute diarrhea syndrome. Sheep and chicks show a high level of toxicity when they consume leaves or fruits containing citrullus colocynthis.

There is currently no recommended dosage treatment using bitter apple. This is due to its extreme side effects, and ban by the FDA.

Bitter apple is an herbal plant with numerous medical, nutraceutical, and pharmaceutical potentials.

Even though it has numerous medical effects, which include anti-inflammatory, antioxidant, antilipidemic, antimicrobial, cytotoxic, and antidiabetic, it’s side effects are also numerous, and can affect both animal and humans, making it unsafe for use.

Oral usage of bitter apple was banned in 1991 by the FDA. However, researchers are still learning new ways to safely prepare treatments with bitter apple. 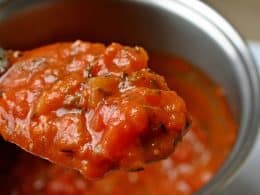 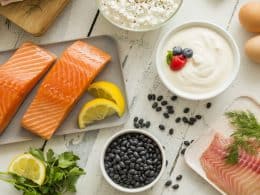 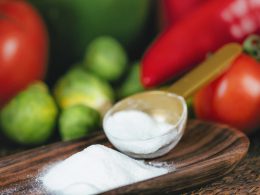 There isn’t anything like vegan collagen, but let’s elaborate 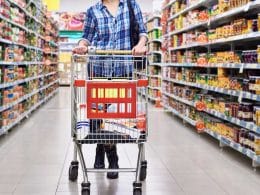 9 Ways to Cut Your Grocery Costs