Brucellosis is an infection caused by a type of bacteria called Brucella that can spread from animals to people. People are commonly infected by consuming raw or unpasteurized dairy products.

Although, the bacteria that cause Brucellosis can spread through the air or direct contact with infected animals. There are different strains of Brucella bacteria.

Some types are discovered in cows. Others were found in camels, dogs, pigs, sheep, and goats. Recently, scientists discovered new strains in the red fox and certain marine animals, like seals. Brucella in animals cannot be cured.

Brucellosis is not common in the U.S because of effective animal disease control programs. About 200 people get sick with the disease annually in the U.S. It is most often experienced in the spring and summer months in Texas, California, Virginia and Florida

Brucellosis is seen as a significant health threat in some parts of the world. According to the WHO, the disease has been reported in more than 500,000 people each year in 100 countries.

Humans can get infected with Brucellosis when they come into contact with an animal or animal product infected with the Brucella bacteria. Brucellosis can affect many domestic and wild animals which include Bison, Goats, Camels, Sheep, Pigs and Wild hogs, Dogs, especially those used in hunting, Deer, Elk, Cattle, Caribou, Moose etc.

People can get infected by inhaling contaminated air. Brucella bacteria can spread quickly into the air. Hunters, farmers, laboratory technicians, and slaughterhouse workers can inhale the bacteria.

Humans can get infected by touching the blood and body fluids of infected animals. Bacteria in the placenta, blood, semen, or urine of an infected animal can enter the bloodstream through a cut or other wound.

Although regular contact with animals like Playing touching, or brushing doesn’t cause infection, it is rare for pet owners to get Brucellosis from their pets.

Nonetheless, people who have weakened immune systems should avoid handling dogs or other animals known to have the disease.

It is unusual for Brucellosis to spread from person to person, but there have been few cases of women who passed the disease to their children during birth or through their breast milk.

Oftentimes, the bacteria can spread from person to person. A nursing mother with Brucellosis can pass the bacteria to their baby through breastmilk. Brucella can also spread through sexual contact.

Bacteria can enter the body:

There are four strains of Brucella bacteria that cause the majority of brucellosis infections in humans:

B. melitensis. This strain causes most cases of human Brucellosis and is usually found in sheep and goats. It is most often found in:

B. suis. This type is found in wild pigs and is the most common strain of Brucella found in the U.S. Infections due to this type is often found in the Southeast and California. It is also in South America, Europe, and Southeast Asia.

B. canis. The infection from this strain of bacteria spreads from dogs.Dogs can become infected with Brucellosis canis.

Some pet owners have contacted Brucellosis this way, but the infection is usually not severe. There is one known case of a human getting infected with Brucellosis by a dog bite.

But this form of transmission of Brucellosis is uncommon. Most dogs infected with Brucella do not affect their owners with the bacteria. One is more likely to get Brucellosis if one comes in contact with blood or other bodily fluids from an infected animal.

Veterinarians are at increased risk of contracting Brucellosis. If one has a weakened immune system due to medications or certain diseases, one should avoid touching dogs infected with Brucella. It is most often seen in North, Central, and South America, Japan, Central Europe

B. abortus. This infection comes from cattle. It occurs worldwide. It has been wiped out in several European countries, Japan, Israel, Canada, Australia, and New Zealand.

In the U.S., Brucellosis is more prevalent in men, and people who become sick with the disease work or have worked around livestock.

Brucellosis is uncommon in children. One is more likely to get Brucellosis:

Brucellosis has also been reported in:

Symptoms of Brucellosis are often not specific and are identical to the flu. They can include:

Symptoms usually appear within five to thirty days after one comes in contact with the bacteria.

How bad your symptoms depend on what type of Brucella one is infected with Brucella abortus usually induce mild or moderate symptoms, but they are more likely to become severe and long-lasting.

Brucella canis symptoms can come and go. They are identical to Brucella abortus infection, although people affected with Brucella canis experience vomiting and diarrhoea.

Brucella suis can cause abscesses in different parts of the body. Brucella melitensis can cause sudden and chronic symptoms, which can lead to disability.

Brucellosis affects thousands of people and animals globally. Some people with chronic Brucellosis can experience symptoms for years, even after treatment.

Long-term signs and symptoms can include recurrent fevers, arthritis, inflammation of the heart (endocarditis), inflammatory arthritis that affects the spine and nearby joints (spondylitis ), and fatigue.

The doctor will examine the patient for:

Blood tests will be carried out to diagnose the infection and determine what strain of Brucella is the patients affected with, Proper identification of the bacteria can pinpoint the source of the disease.

It is advisable, generally, for one to take doxycycline and rifampin together for 6-8 weeks.

One must take antibiotics for many weeks to prevent the disease from recurring. The chances of reinfection following treatment is 5-15% and usually occurs within the first six months after treatment.

Recovery can take weeks, even months. Patients who get treatment within a month of infection can be cured of the disease.

Infection of the heart’s inner lining (endocarditis). This is one of the most severe complications of Brucellosis. Untreated endocarditis can destroy the heart valves and is the leading cause of brucellosis-related deaths.

Arthritis. Joint infection is marked by pain, stiffness, and swelling in your joints, especially the knees, hips, ankles, wrists, and spine. Spondylitis — inflammation of the joints between the bones (vertebrae) of your spine or between your spine and pelvis — can be particularly hard to treat and may cause lasting damage.

Inflammation and infection of the testicles (epididymo-orchitis). The bacteria that cause Brucellosis can infect the epididymis, the coiled tube that connects the vas deferens, and the testis. From there, the infection may spread to the testicle itself, causing swelling and pain, which may be severe.

Brucellosis complications can also cause:

Brucellosis can provoke long-lasting symptoms that are identical to systemic exertion intolerance disease. This is previously known as Myalgic Encephalomyelitis/Chronic Fatigue Syndrome.

The symptoms can cause disability. They can include:

Brucellosis in a pregnant woman can lead to:

To reduce the risk of contracting Brucellosis, one should take these precautions:

When to see a doctor

Brucellosis can be difficult to identify, especially in the early stages, when it’s symptoms can be indistinguishable from other conditions, such as the flu.

One is advised to see a doctor if they experience unusual weakness, rapidly rising fever, muscle aches and if they have any risk factors for the disease, or if they suffer from persistent illness. 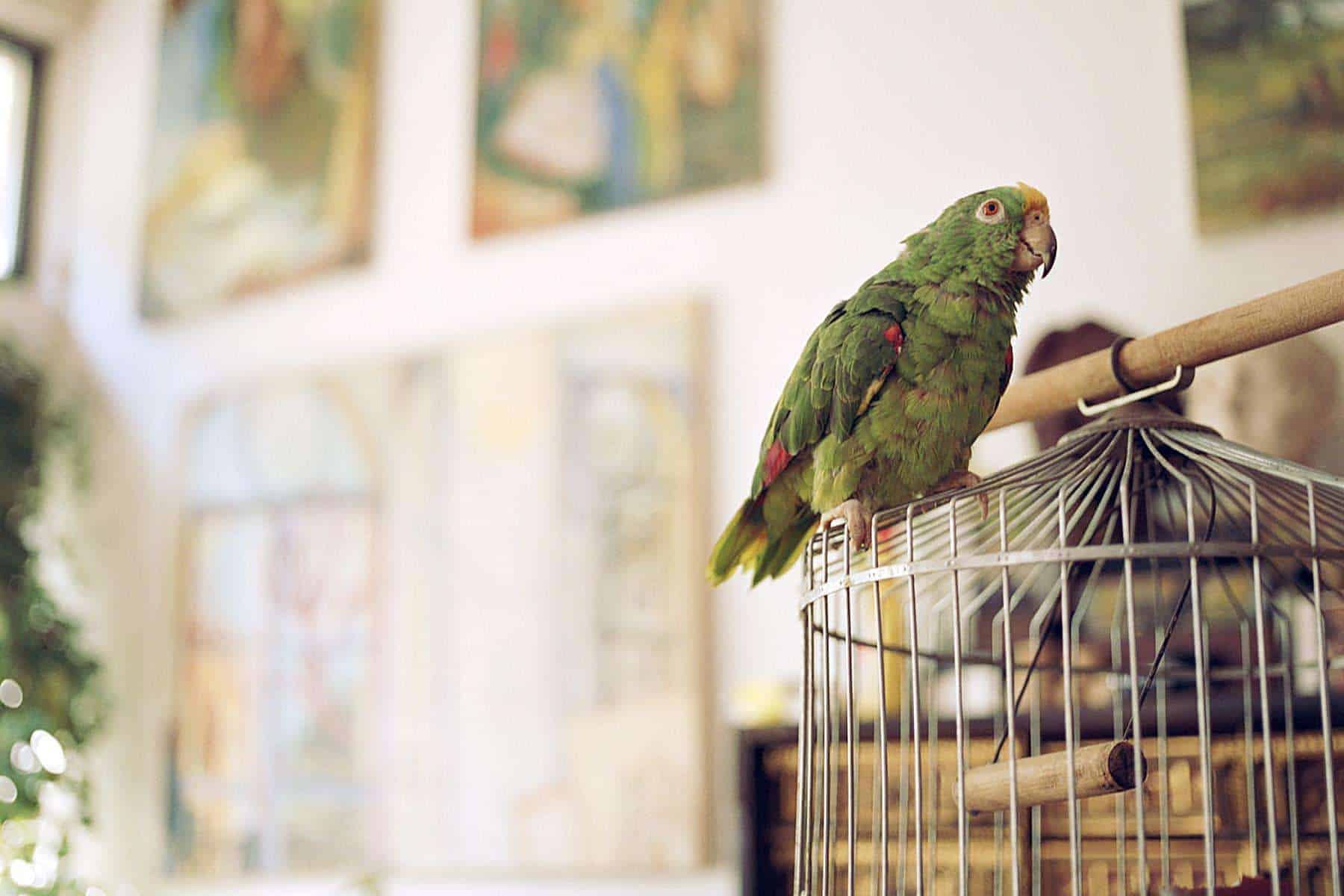 How to Notice Depression in Pet Birds?

When you begin to see your pet more as a person than an animal, you just might 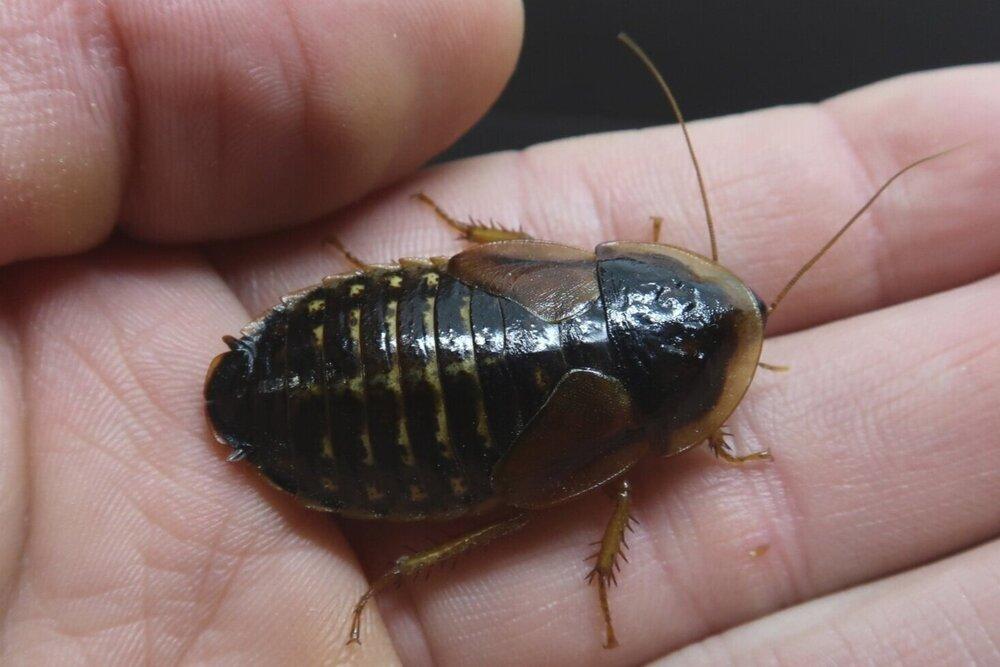 How to Start a Dubia Roach Colony at Your House?

The Intriguing Arm of the Octopus

An Octopus is a sea animal known for its rounded and soft body, bulging eyes and