10 Celebrities Who Have Battled Eating Disorders

People who suffer from eating disorders sometimes are too shy to come out in the open to share their experiences.

Often, it takes a lot of courage for a person to accept that he or she has a health problem and needs help let alone talk to people about their journey through the times they dealt with the issue.

However, most of us look at the lives of famous people or stars as a perfect one, and we often assume that these people may not have to battle with certain health conditions.

Some notable names have come forward to let us know that they too are human and suffer from some of the same problems regular people have to deal with.

The following ten celebrities talked about how they had to battle with eating disorders.

She added that her insecurities could be traced back to her involvement in beauty pageantry as early as age 7 when she had to tolerate people judging her for being beautiful. However, the singer mentioned growing up with a mother and grandma who had active eating disorders making it difficult for her not to grow up to have anorexia.

Demi Lovato fears that her children might have to deal with the same predicament as she has noticed that it is like an addiction and it is hereditary.

Although Demi Lovato came out of bulimia a stronger and healthier person, we do hope that she can conquer the fear of her unborn children suffering from an eating disorder.

Zayn’s new book titled Zayn. The former member of the famous one direction boy band wrote that the lack of breathing space in his schedule at the peak of his old band’s fame led him to skip meals for days back-to-back.

According to Zayn Malik, after leaving the group, he was able to come to terms with the fact that he had an eating disorder even though he wasn’t trying to lose or gain weight.

Finding himself going two to three days without food gave him cause for concern, but he didn’t know what to make of the condition. Zayn seems to be doing better health-wise, and he also appears to be happy that he has been able to share his story with his fans.

Everyone who watched dancing with the stars would never forget how Zee was a sight to behold weekly. However, this star has had her fair share of body image problems during her teen years.

Ginger Zee took advantage of the semi-final night of Dancing with the stars to share her struggle with anorexia and how she was able to recover from it.

Thanks to Zee’s stepdad and her mum, she was able to learn about taking in and burning off calories which gradually helped her get back to being a healthy young lady.

Being in the spotlight since her adolescent years, Zoe had a hard time living and eating like she was meant to.

In one of her interviews, Kravitz said that her struggle with anorexia and bulimia from her teen year into adulthood was as a result of her early exposure to fame and it hurt how she viewed herself. She confessed to feeling pressured by the rest of the world to maintain a certain beauty standard.

Mare looking at Nicole perform as part of the pussycat dolls or play her role ad an X-factor judge, you would never have thought that she was dealing with bulimia at any point.

According to Nicole, she was able to hide her condition so well that no member of her group or even her family knew what she was going through.

“I knew I was hurting myself through this cycle of disordered eating,” she said. But, it was like her drug and her addiction, so it was hard to let go. However, Nicole has promised herself never to allow such a thing to repeat itself as she is set to do things in very healthy ways.

As a lady who got into this movie industry early in life, Hillary had a few bumps to handle and ate disorders was one of them.

The “A Cinderella story” lead character recalls being too skinny at some point in her life, and it made her unhappy. However, after recognising that she needed to eat healthily and bulk up a little, Hillary made a conscious effort to fix her eating habit.

Portia had been modelling since she was a child. In her book titled unbearable lightness, De Rossi talked about how she would starve herself for days because she felt to need to maintain a skinny shape so she could look sexy, and struggle to rehearse her catwalks even as a child model.

Portia also wrote about how other models would mock her for having full eyebrows which often made her feel bad. “I didn’t eat for ten days before,” Portia said, and her eating disorder stuck with her till adulthood.

People expect a lot from gymnasts, and being featherweight is one of those expectations. Shawn Johnson at age 12 felt pressured to meet the standard of lightweight people sort from gymnasts, making her skip meals and restricting her diet to carbs free foods.

Although Shawn looked healthier than other gymnasts, the things people said about her weight and body structure made her feel the need to lose as much weight as possible.

After the birth of her fourth child, Hilaria posted a picture of herself and her baby on Instagram. Together with the image was a write-up by her, encouraging women of all body types to embrace and love their bodies regardless of how they look.

In her book “the living clearly method” which was released in 2016, Baldwin opened up about how she grew with an eating disorder and how turning to yoga helped her to love her body and live a healthy lifestyle.

This comedian was addicted to being skinny that she was frightened by the mere thought of fat.

Cummings watched both her mum and step mum diet while she was a child so when she became 14 years old, she switched to a diet of rice cakes, apples, and nonfat yoghurts.

Whitney never saw herself the way the rest of the world saw her. Sometimes, she thought her hips had grown large, and it was reasonable to her.

However, with the support of friends, Cummings soon began to eat correctly and started not only to look but feel healthy. 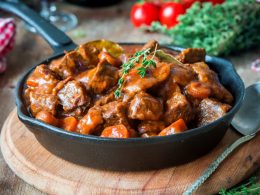 France, a country famous for its wines, dairy and delicacies 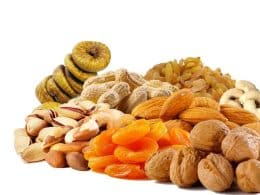 Snow Mountain Garlic is grown in the Himalayas 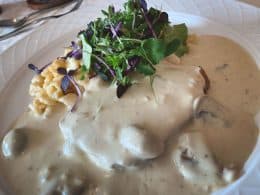 When you think of European cuisine, you probably think of Italy and France, but 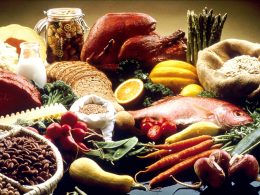 10+ List of Food Sources You Probably Never Heard of

Food sources are crucial to note if you must stay healthy