The United Kingdom is famous for its monarchy, tea, and Dickens. But do you know that it is also home to 30 dog breeds, some of which are our favorites?

These breeds include the very intelligent Border Collie and the Queen’s favorite Corgis.

There are four countries that make up the United Kingdom: England, Wales, Scotland, and Northern Ireland.

England is the most populated country with a population of about 53 million people. It is bordered by Wales to the West and Scotland to the North.

It is also the home of some very famous people, including William Shakespeare, Jane Austen, and Princess Diana.

There are over 30 dog breeds that have their origins in this country; some are hunting dogs, guard dogs, companion dogs, sheepdogs, etc.

In this article, we have listed some English dog breeds and their characteristics.

Starting this list is the English Bulldog is one of the most famous dog breeds in the world.

This dog has been associated with Winston Churchill and can boast of making appearances in many cartoons, movies, and commercials.

The Bulldog is an iconic symbol in English history. The English Bulldog is muscular and stocky with extraordinary strength.

These dogs were formerly used in baiting and fighting bulls in England, and when that was abolished in the 1800s, they were used in illegal dog fights.

They have incredible strength in their jaws which is why they were used in these fights.

Once the sport was deemed unlawful, breeders have tried to sustain the unique appearance of the Bulldog, as well as their strength and stamina.

This breeding continued over time and eventually created the sweet and affectionate breed we know and love today.

The Bulldog was also bred with terriers for creating breeds such as the Bull Terrier. The Bulldog is a courageous and tenacious dog.

So much so that it was used as a symbol of English bravery during World War II. These big pups are docile and love nothing more than to lounge on a couch all day.

They can be incredibly lazy, and you may struggle to get them to take a walk.

The Airedale Terrier is also known as the “King of Terriers”, is a member of the Terrier family breed.

This dog breed originates from the Aire Valley of Yorkshire, England, and was bred to catch otters and rats.

The Airedale Terrier is a dignified-looking dog that also happens to be the largest of all Terriers.

This dog breed was popular amongst working-class people during the Industrial Revolution, and it was bred to be a versatile working dog that is good for hunting on land and in water.

The terrier is famous for being an incredibly loyal companion and trustworthy with children.

They make excellent family dogs and are eager to please and quick learners, but they struggle to get along with other dogs.

Airedale terriers are middle size dogs with an average weight of 50–70 pounds.

Sitting at a weight of 9-11kg and with a life expectancy of 12-15 years, beagles are one of the most popular dog breeds in the world.

But did you know they come from England? These miniature animals are full of excitement and vigor.

With their big, affectionate brown eyes and happy disposition, it is easy to see why these dogs would be common household members.

Their continuous barking and baying while pursuing rabbits are often a child’s first introduction to hunting dogs.

Beagles are working dogs that possess the best noses in the canine world after the bloodhound and the basset hound.

They have a superior scenting ability, speed, and agility, which makes them an excellent choice for hunting small rodents like rabbits.

Their loud barks make that you never lose sight of them. Beagles also make wonderful family companions and tend to be curious, playful, and cute.

They make very loyal house pets and do not need a large house or yard.

Little is known about the specific detail of this dog’s origins, but we know that the Clumber spaniel was developed in England and became popular among the English people.

The Clumber Spaniel is as heavy as the love it has for its owners, and it also happens to be the largest of the Spaniel dog breeds.

A popular theory of its origins says that the Frenchman, Duc de Noailles, needed to protect his treasured Spaniels from the French Revolution, so these dogs were sent to the Duke of Newcastle.

This is the earliest origin of the Clumber Spaniel, and the breed was developed and named by the Duke who lived in Clumber Park.

The Clumber Spaniel, although slow, is an excellent working dog with a keen sense of smell and incredible strength and stamina.

This English dog breed hails from the Shetland Islands in Scotland.

The Shetland Sheepdog, also known as Shelties, was initially bred as a herding dog to protect farmland from birds and other potential threats.

This dog breed is one of the smartest, and it excels at obedience and agility competitions due to its eagerness to learn.

It also possesses strong herding and has been known to herd rabbits and squirrels during their daily walks.

There have also been reported cases of Shelties attempting to herd children.

The Corgi originates from Wales but has long had a strong association with England due to the Queen’s love for this amiable dog.

The Cardigan Corgi and the Pembroke Welsh Corgi and are two separate breeds, and the Queen favors the latter.

These dogs are playful and affectionate, which makes them wonderful family pets. But they are also excellent herding and watchdogs.

The Whippet dates back to the Victorian era, where they were used by coal miners and in hunting and racing sports.

These dogs share a striking resemblance to greyhounds but come in smaller packages.

These dogs are sleep and swift; they look very stylish and have a friendly personality to match, which makes them show dogs and great companions.

The Whippet is also named the “snap dog” due to its incredible speed.

This dog breed is delightful and even-mannered; they make great apartment dogs but require lots of exercise to burn off all that energy.

These adorable little dogs are a perfect fit for homes with older children.

They are great lap dogs that love nothing more than spending time snuggling with their owners.

The Cavalier King Charles Spaniel possesses a calm demeanor, and their attentive nature makes them respond well to training.

They are also very eager to please. Although they have slightly smaller noses than pugs, they are still susceptible to similar health challenges.

While they may enjoy staying on the couch, it is good to encourage them for a little physical activity like taking a walk in the park.

They possess average intelligence and are small dogs that weigh about 13-18 pounds and stand only 10 to 13 inches tall.

The English Foxhound originates from England and dates back from the medieval era where aristocrats and members of royalty would take packs of dogs into forests to hunt deer.

By the middle ages, the deer population had started to decline, so the upper-class gentlemen began hunting foxes.

Fox-hunting dogs are known for their excellent sense of smell and stamina, which made the English gentry begin breeding dogs to create an ideal breed with a mix of these traits.

This was the beginning of the English Foxhound.

Over time, the English Foxhound has stayed the same in both temperaments and looks.

This dog is a high-energy creature that is very friendly and requires lots of exercise.

This dog breed still possesses a pack mentality and will do well with having another furry friend to run with.

The Yorkshire Terrier, also known as the “Yorkie,” is a playful and fearless dog breed with an energetic spirit that traces its origins to the English county of Yorkshire.

They were developed by Scottish workers who relocated to England during the Industrial revolution.

The tiny terrier we know today most likely evolved through mixes of the Clydesdale Terrier, Paisley Terrier, Skye Terrier, and the English Black and Tan Toy Terrier.

Yorkshire Terriers typically get along well with other pets and are smart dogs that are easy to train.

They make excellent watchdogs but they can be rather possessive of their owners and have a tendency to follow them around because they do not like being alone. Yorkies sport a unique tan and grey silky coat and are very fashionable small dogs.

A long-coated Yorkshire Terrier must be brushed daily, and the hair in front of their face should be trimmed often or maintained in a topknot.

The border collie is a dog that is said to be one of the world’s most intelligent and famous British dog breeds.

It was initially bred as a working dog on the Scottish and English border, hence its name. It is also an athletic and high-energy dog that loves to work.

However, the Border Collies are very loving companions in active households. They weigh 30 – 50 pounds and with a height of 18 to 22 inches.

These dogs have smooth or rough coats with colors that include black and white, sable, blue merle, and more.

Border Collies have a life expectancy of 12 to 15 years.

The Jack Russell Terrier is another dog of the Terrier family breed making this list. This dog is most widely known for its quick and intelligent personality, combined with its high prey drive.

The Jack Russel Terrier was initially bred for hunting foxes about 200 years ago but is now popular with farmers as they’re also excellent ratters.

They are very intelligent, which makes them easy to train, but be prepared to dedicate a lot of time to it.

Jack Russell Terriers don’t like being bored, so you’ll need to ensure that their training sessions are exciting and mentally stimulating and that they’re given plenty of daily exercises.

The adorable English Springer Spaniel has remained a well-loved breed in England for many years.

Their origins are very much rooted in England as relentless workers who would do anything to please their owners on a hunt.

The Springer Spaniel is related to the Cocker Spaniel, and these two breeds once came from the same litter.

After years of selectively breeding the spaniels, a distinct breed used to spring birds was developed, becoming the cherished English Springer Spaniel that we know and love today.

Springer Spaniels have become a favorite dog breed in England, which is no surprise due to their amicable personality.

They’re also intelligent pups with lots of energy, making them great to train. A perfect day for this breed is a lot of exercise followed by lounging on the sofa with their family. 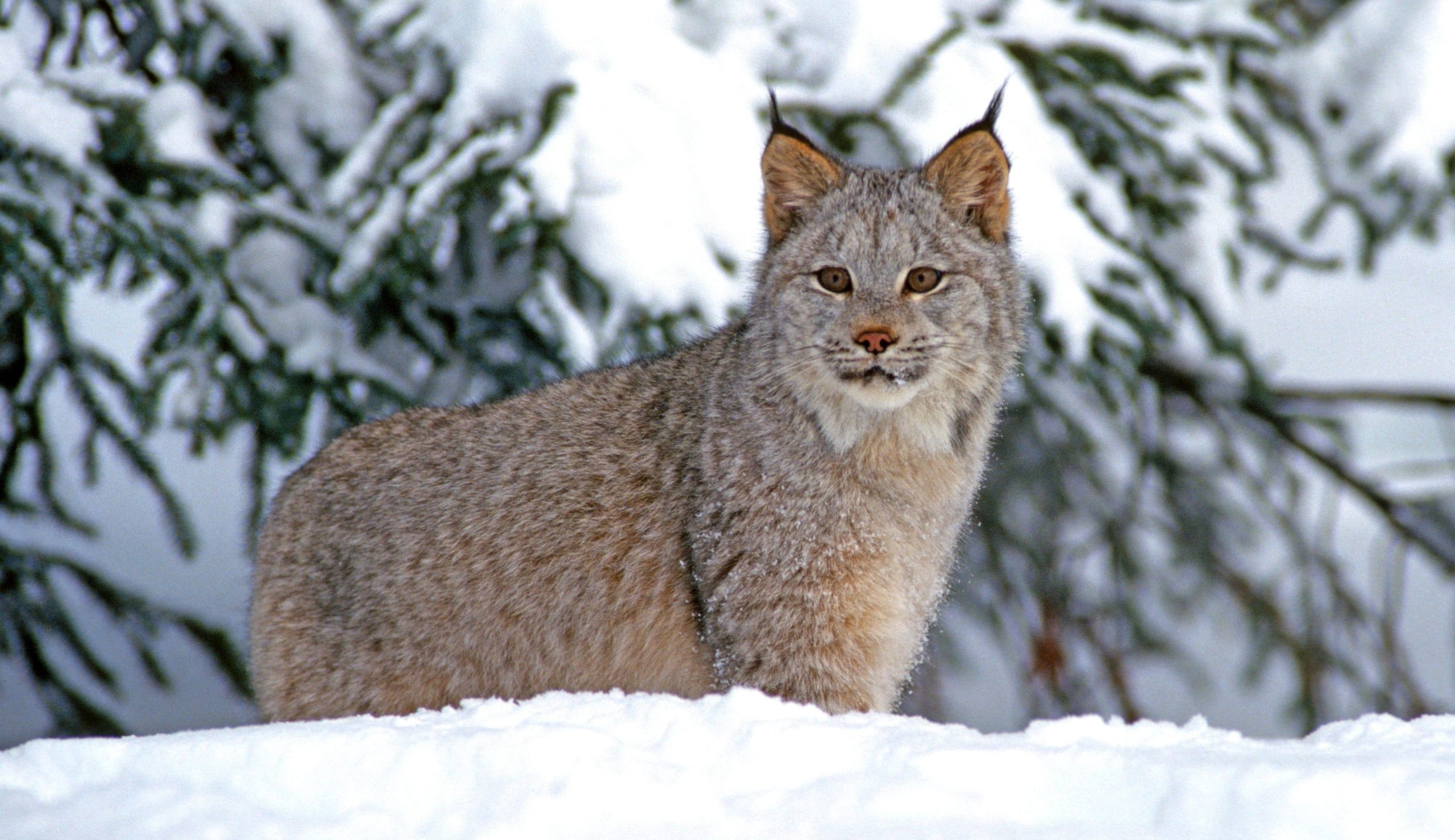 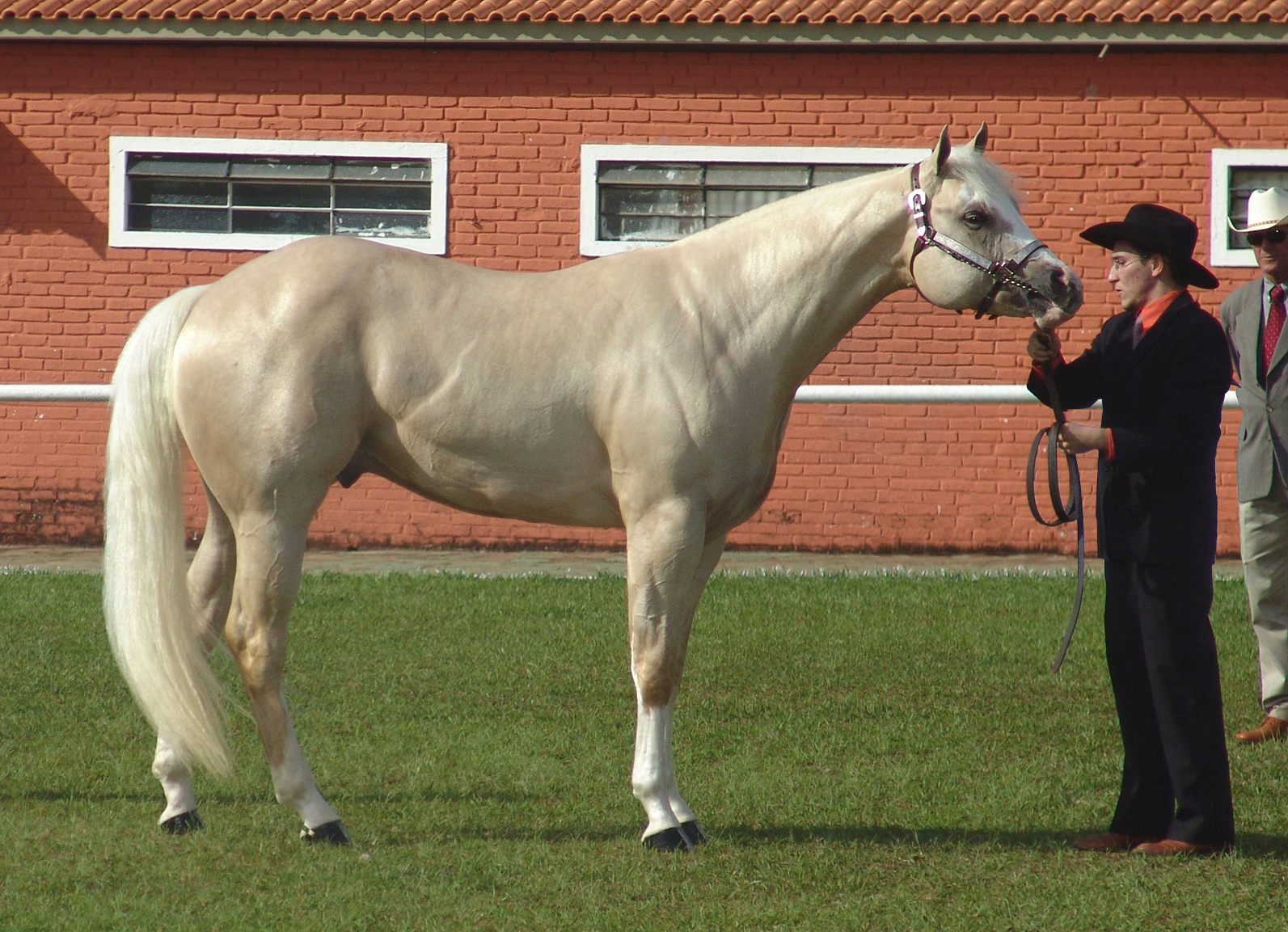 Anyone in the mood for a horse ride? 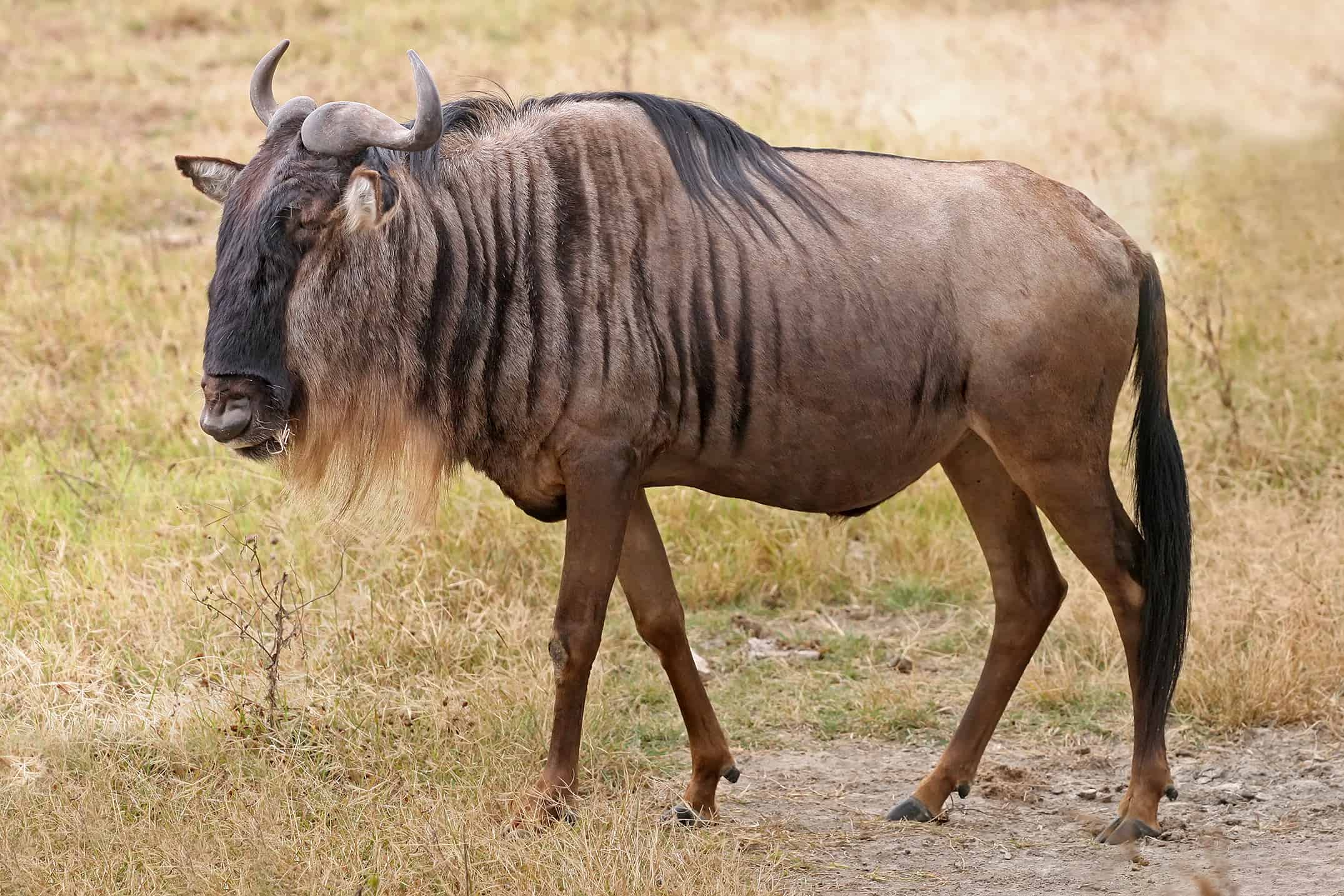 The blue wildebeest (Connochaetes taurinus), also known as the white-bearded 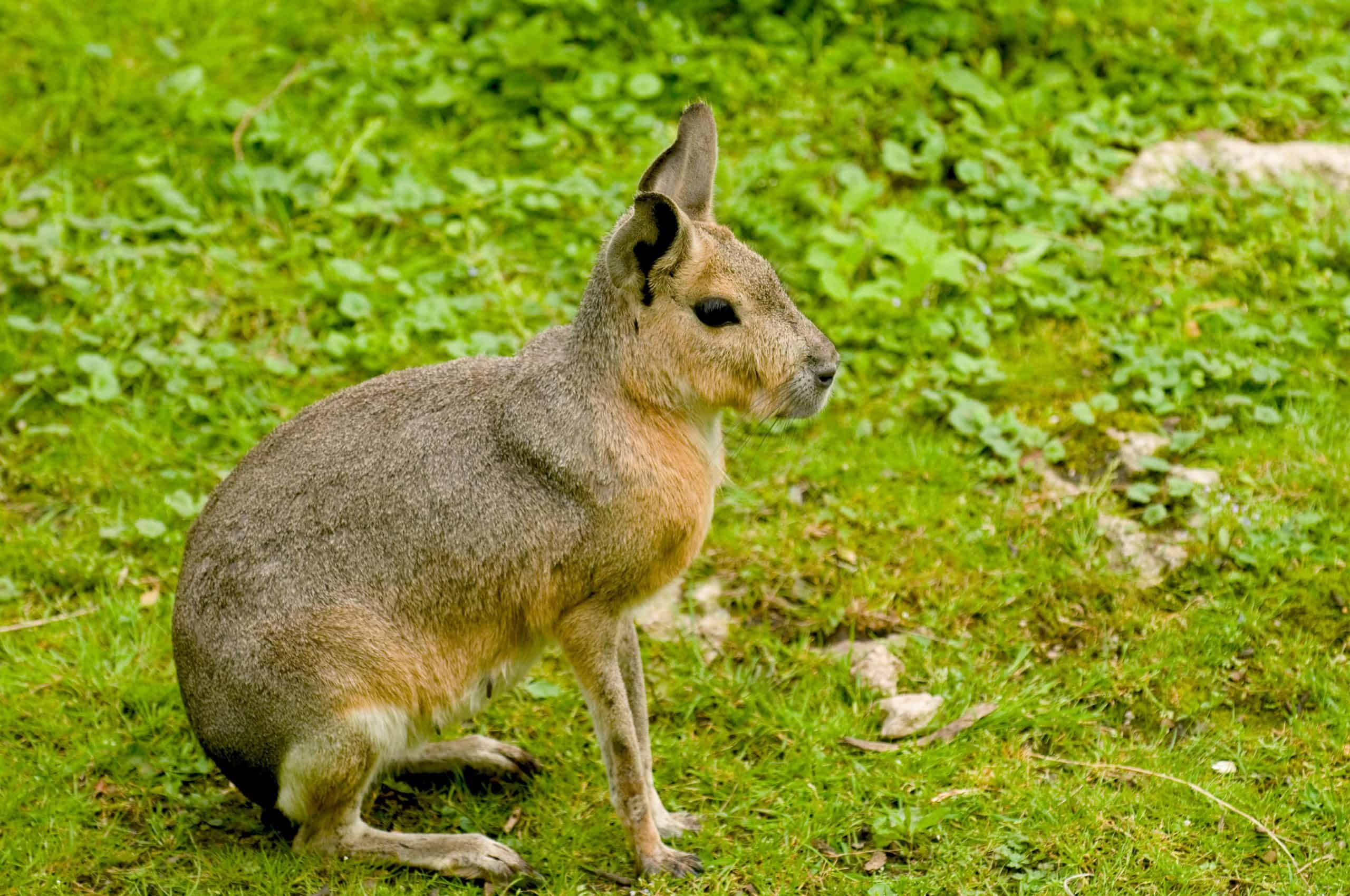