Unlike an allergy, food intolerance is not life-threatening but could be problematic for people affected if it’s not looked into. Food intolerance is widespread these days as its estimated that about 20% of the world’s population may have food Intolerance.

Diagnosing food intolerance is usually difficult because its symptoms are generally wide in range and mostly overlaps with food allergy.

It is crucial to note that food allergy triggers the immune system, while food intolerance doesn’t; the food that is commonly associated with food intolerance is usually a dairy product, grains that obtain Gluten, beans, and cabbage, etc.

This article would try to highlight most of the common types of food sensitivity and intolerable, their related symptoms, and the food to avoid.

What Is Food Intolerance

The word food hypersensitivity usually refers to both food intolerance and food allergy, though they are not the same, yet they share common symptoms.

Some times it can be so difficult to tell them apart, so we strongly advise you speak with a doctor if you feel you are coming down with any food-related symptoms.

When someone has food intolerance symptoms, it usually begins a couple of hours after eating the food they are intolerant to. This might not usually be the case as sometimes symptoms can be delayed up to 48 hours before manifestation, making it difficult to know which food is causing the intolerance.

If the person frequently consumes food that he or she feels intolerant to, this would make it difficult to relate the symptoms to a particular food.

Some of its symptoms are listed below

Usually, food intolerance is diagnosed through the aid of elimination diets that are designed to pinpoint the offending food or through other means and methods.

Elimination Diet; What this means is that food that is commonly associated with intolerance for some time before symptoms subsidies are removed, while foods are then reintroduced one at a time while the symptoms are being monitored.

This process or method helps people know which food is causing the symptoms and how to avoid it.

The sugar that is found in milk is known as lactose. An enzyme called lactase is responsible for the breaking down of lactose in the body before it can be properly digested and absorbed into the body.

Lactose intolerance is caused by the shortage of the lactase enzyme, as mentioned above, which makes it difficult to digest lactose and invariably leads to digestive symptoms.

Some lactose symptoms include

Lactose intolerance is seen as one of the most common Food intolerance; it’s so common that about 65% of the world population has problems digesting lactose. It can be diagnosed lactose tolerance test, PH test, lactose breath test, or stool.

There specific types of proteins that are found in wheat, barley, rye, and triticale; these proteins are generally referred to as Gluten. Some of the condition that relates to Gluten is celiac diseases, non-celiac gluten sensitivity, and wheat allergy.

If someone with celiac disease gets exposed to Gluten, their immune system attacks the small intestine, and this can cause serious damages to them.

Wheat allergy is often confused with celiac disease owing to the act that they both have similar symptoms.

Their major difference is that celiac disease is caused by an abdominal immune reaction to Gluten in particular, while wheat allergy generates an allergy-producing antibody to proteins in wheat.

Regardless many people still feel unpleasant symptoms even after testing negative to celiac or wheat allergy. This is known as Gluten sensitivity.

Gluten sensitivity: it is a milder form of gluten intolerance which has been estimated to impact from 0.5 to 13% of the world’s population, its symptoms includes

A method called a Gluten-free diet is applied to manage both celiac and nonceliac diseases. It involves staying away from food that contains Gluten which includes

Caffeine is a bitter chemical that is found in a variety of the beverages we consume in our everyday activities like coffee, soda, tea, energy drink. Caffeine is said to b a stimulant that helps to reduce fatigue and increase alertness when taken.

Most people can consume up to 400 mg of caffeine daily, while some people are highly sensitive to caffeine and experience reaction after consuming a little amount of it. This has been linked to genetics and their inability to excrete and metabolize caffeine.

It is advised that people that are sensitive to caffeine should avoid food or drinks with caffeine in it.

This is a chemical that is produced by plants as a defence mechanism against insects and other environmental stressors. This chemical is found in a variety of food, spices, nuts, coffee, and honey.

Its usage is highly important, as it is also used as a means of preservatives and could be found in medications.

Most people might not have a problem taking a huge amount of Salicylate. However, it could pose a huge threat to others.

It might be impossible to remove Salicylate from our daily food altogether. Yet, those who are Salicylate intolerance should try and much as they can to avoid food that is high in Salicylate.

Amines are produced by bacteria in the process of food storage and fermentation and are found in a variety of food are widely consumed.

The most common type of Amines is Histamine, which is commonly associated with food intolerance.  Histamine is a chemical that is known to play various roles in the digestive, immune, and nervous system.

It protects the body against infections by creating an immediate inflammation response to allergies. This often triggers sneezing, watery eyes, and itching.

Some people are not able to adequately break down Histamine in their body, causing it to build up In their body.

Some of its symptoms include;

These are chemicals that are used In preservatives in foods, drinks, and some medicine. They could also be found in foods like grapes and aged cheese

Most people can tolerate sulfites, whiles some are highly sensitive to these chemicals, and it’s most common with people asthma.

Example of food to avoid include;

The above is just a few of the most common intolerance type of food, though there is still some food that still brings discomfort to people, and it would be explained below. 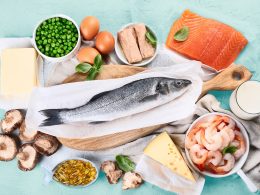 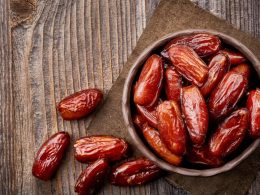 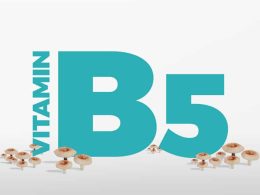 Pantothenic Acid (Vitamin B5): Sources, Uses and Side Effects

Vitamins are an important class the food 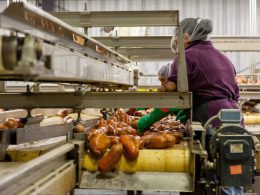 How Are Robots Changing the Food Industry?

Robots can optimize the complex processes of the food industry