What is Food Poisoning?

Food and water are an integral part of the life of every living thing, and man is no exception. Not a day goes by without people craving something to eat whether they are hungry or not. Well, for people who enjoy cooking like me, the love of food is the beginning of creativity.

There’s no limit to the beautiful mouthwatering things you can create in a well-stocked kitchen. And for those who do not like to cook, fast foods are readily available to tend to their hungry stomachs any time of the day. In public gatherings like parties or during the holidays, people tend to look out for sweet foods or new kinds of food to try out.

However, nothing hurts the living more than losing a loved one to food poisoning. In our previous article, we did an introduction to poisoning and talked a little about the history of poisoning so if you missed that, do well to check it out.

However, here is a brief recap on what poisoning is.

A brief history of poisoning

Poisoning has been a thing for as long as man’s existence. From our hunting and gathering ancestors down to today’s world, people have used various forms of poison for hunting, self-defence, and murder.

However, as bad as poisonous substances are, some of them have been used for purposes that are beneficial to health and can also help regarding modern technology. Some of the drugs have become cures to a number of illnesses, contain a harmless amount of some poisonous substances.

What is food poisoning?

When people from certain parts of the world hear food poisoning, they imagine someone adding a toxic chemical substance to a victim’s food or drink with the intention to murder the victim. However, food poisoning is not restricted to that. Food poisoning refers to illness caused by consuming contaminated foods.

Food can get infected by germs and bacteria at any point from processing, purchase, cooking, to consumption. The most common cause of foodborne illness is parasites, bacteria, and viruses. The toxins from the mentioned organisms and other toxins can cause very harmful effects to the body of anyone who consumes them in food.

Furthermore, some people think food poisoning is nothing to panic about as they might have experienced a few days of stooling and vomiting in times past and some home remedy helped them get well, or they just got better on their own.

Recent studies show that food poisoning causes up to six hundred million (600,000,000) illnesses, and about Four hundred and twenty thousand (420,000) deaths around the globe yearly.

Meaning that at least one in ten people fall ill from what they eat or drink annually. The carefree attitude of people towards food poisoning gives them the false notion that once they ingest an infected food or drink, the symptoms will manifest immediately, and they would find a cure as fast as they can.

That’s nothing close to the reality of some kinds of food poisoning. While some toxins may hit you in a couple of minutes, others could wait for about 12 to 48 hours and crawl up to pay you a surprise visit.

Some other very annoying toxins could stay in the body for up to eight days after consumption before it pops up with symptoms. Making it difficult for the victim to figure out what he or she ate that may have caused the poisoning.

Some common causes of food poisoning

Who is at risk of food poisoning?

Anybody can be a victim of poisoning, but the most vulnerable set of people are children from the age of five and below (5-0YRS), pregnant women, and aged people.

The signs and symptoms of food poisoning vary according to the source of the contamination and the particular organ of the body that the toxins affect.

These are some of the most common symptoms to watch out for.

Symptoms of food poisoning can begin to manifest immediately the infected food is consumed, a few minutes, or hours after consumption. Signs are unusually easy to detect when they manifest in groups of people who ate the same food.

However, it is possible for only one person out of a group of people who ate the same food to display symptoms of poisoning. Symptoms gradually worsen if they are not detected and treated early enough.

Foodborne illnesses could last a few hours or days, but if immediate attention is not paid to a victim, it may result in death.

The cure for food poisoning

When you notice any of the symptoms of food poisoning in someone around you, give them an oral rehydration solution to help them recover the fluid lost to stooling and vomiting. If you notice that the symptoms are getting worse, do not hesitate to take them to the closest hospital. 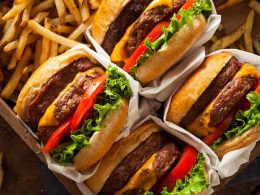 There is a reason why fast food has been named so, you can prepare it without 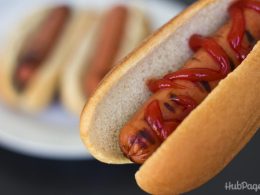 Is It Safe to Eat Hotdog During Pregnancy?

If you are a pregnant woman, and you happen to be a lover of sausages and hot 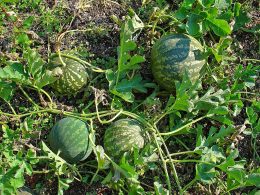 Bitter Apple: Benefits and Side Effects

Bitter apple, also botanically known as Citrullus colocynthis, is a 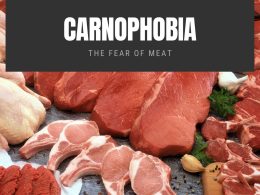 Carnophobia: The Fear of Meat

The term “Carnophobia” originated from the combination of the Latin