What better way to promote your food truck than to attend one of the country’s most well-known food truck festivals?

These festivals provide their visitors with delectable culinary delights from various food festivals and educational opportunities.

Typically, the events feature “modern” food trucks that emphasize food quality and diversity, a trend that has exploded in popularity in the United States since around 2008.

Food truck gatherings as a formal event debuted in the United States in 2010. The first L.A.

Food Fest, which took place in February 2010, appears to be the first of its kind.

Below are some of the famous food trucks festival in the United States.

Furthermore, this festival’s name says it all. It’s difficult to beat it, given that it’s been bringing together more than 200 food trucks from across the United States for the past four years.

You may find any food here, owing to the numerous food trucks: typical American hot dogs to Italian gelato and all Asian cuisines to Argentinian empanadas.

The Sea Isle City Food Truck Festival is another large festival in the United States, and it is held at Kix McNutley’s on 63rd Street and Landis Avenue in Sea Isle City, New York.

Additionally, The New Jersey shore is a hotspot for people who want to enjoy the sun, the beach, and the ocean during the summer and early fall.

That is why the Sea Isle City Food Truck Fest is such a tremendous attraction every year.

This three-day event is held twice every year. Besides, it’s an event you won’t want to miss because the top food trucks from the tristate area are invited to attend.

From waffles to seafood to ethnic specialties, this festival strives to give a little bit of everything.

It is one of the largest festivals in the United States, and it is held annually in Pasadena, California’s Rose Bowl, with over 100 exhibitors present, including food trucks, carts, and kiosks.

Furthermore, every year, the L.A. Street Food Fest attracts a large crowd with its mix of local and international cuisines.

Early entrance, exclusive parking, and even a tasting lounge are available to VIP guests. This is an event you don’t want to miss if you live on the West Coast.

The environment is almost as important as the cuisine at this food festival.

The Atlanta Street Food Event, which takes place in historic Piedmont Park, is an internationally famous food festival that features everything from sushi to tapas.

Furthermore, The Park was established in 1822 when a farm was cut out of the surrounding woodland. Enjoy the stunning landscape as well as the delectable cuisine.

More information on the Atlanta Street Food Festival may be found here.

The Chicago Food Truck Festival is held every June in Chicago, Illinois, and believe me when I say that it is a foodie’s dream because they look forward to it every year.

Typically, their vendor list is always a who’s who of the food truck industry.

Surprisingly, they serve a wide range of cuisines, from Indian cuisine to cheesesteaks and fries. If you own a business in Chicago or the surrounding area, this is a must-read.

Another notable three-day event is the Columbus Food Truck Festival, which takes place in August at the Columbus Commons in Columbus, Ohio, and features over 70 food trucks.

In addition, this is a family-friendly event including activities for children such as a carousel and a jumping castle.

Vendors of arts and crafts will also be displaying their items. Indonesian and Mediterranean-American food, which are popular in Columbus, are regularly on the menu.

This three-day festival in Seattle’s South Lake Union district takes you across the world with Greek cuisine.

Furthermore, Favorite cuisines from Japan and Vietnam. Food trucks that participate in the Seattle Street Festival are usually delighted with the organizers year after year, and they eagerly anticipate the next event.

The Street Eats Food Truck Festival in Scottsdale, Arizona, is the largest food truck festival in the Southwest.

Aside from the food trucks, the event has live music, eating contests, and even cooking demonstrations.

Moreover, unlike other food truck festivals, which take place in the spring or summer, this one takes place in late January or early February at Talking Stick’s Salt River Fields.

Like smoked salmon and Mexican tamales are usually on the menu.

Additionally, from 4th to 8th street, food trucks will line Main Street. It will take place in October this year, and there will be food and entertainment on every road.

Foodies may savor native Hawaiian street meals, including fan favorites like the Aloha Plate, Girls Who Bake, and the Kau Kau Grill at the Eat the Street food truck festival held on the last Friday of every month at Kaka’ako Gateway Park in Oahu, Hawaii.

Taste of three cities is a food truck festival between 3 towns: Baltimore, Washington D.C. And Philadelphia.

It is without a doubt one of the largest food truck festivals in the United States, and this event is more of a fight of food trucks from these three cities than a festival.

Furthermore, it would be a significant feather in your cap if you won an award, or even better, the Triple Crown Cup, as it would help you earn more loyal followers.

Some local celebrities and food specialists are among the competition’s judges.

Each city is visited for a match by the Taste of Three Cities. There are also activities for the whole family that the youngsters will appreciate.

In addition, People who enjoy a variety of craft beers frequently go to the Cape Cod Cuisine Truck & Craft Beer Festival because, aside from having a good time, they are always spoilt for choice when it comes to craft beer and other drinks and meals.

If you have the financial means to travel with your food truck, don’t hesitate to attend food truck festivals in other states.

The more you publicize yourself, the greater the impact you will have. 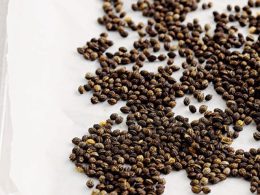 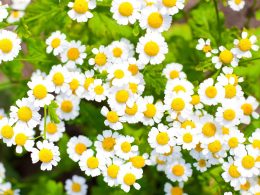 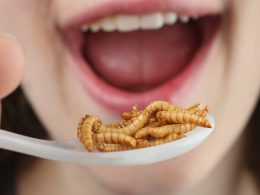 Are Edible Insects a Real Thing?

When it comes to listing the foods we love, it is rare to give bugs a spot on 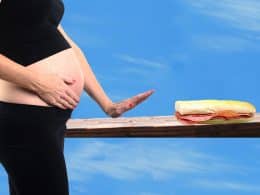 Is It Safe to Consume Meat During Pregnancy?