The giant panda, also recognized as the panda bear or simply the panda, is a bear indigenous to south-central China.

It is characterized by the large black patches around its eyes, ears, and overall body. The word ‘giant panda’ is used to differentiate it from the red panda.

The giant panda is a folivore, but it belongs to Carnivora’s order, with bamboo shoots and leaves making up over 99 percent of its diet.

Giant pandas in the wild consume other grasses, wild tubers, or even meat in the form of insects, rats, or carriages.

The giant panda is a bear breed that is distributed in central and western China’s mountains.

The giant panda is among the most famous and easily recognizable animals in the world. It is also one of the rarest and is now under immense threat, mostly from habitat destruction, in its natural setting.

The giant panda is unusual among bears as they do not hibernate. Also, They have very tiny babies at birth and live on an almost exclusively vegetarian diet.

It has become a global icon for conservation since a French naturalist first discovered the giant panda in 1869, with the World Wildlife Fund using it as its emblem.

The Chinese people still see the giant panda as a sign of peace, and several attempts have been made to preserve the existing populations in their natural habitats.

The giant panda is a medium to large bear with a massive head, a short tail, and a long muzzle with a large nose, which provides them with an exceptional sense of smell.

The giant panda’s thick fur is creamy-white, with large black patches on its limbs, shoulders, ear, nose, and visible black patches around its small eyes.

The giant panda consumes almost only bamboo and has a range of physical modifications to assist with its consumption.

This includes an extension of its wrist bone that functions a little like a thumb, enabling the giant panda to grab on bamboo stems.

They also have wide jaws with powerful jaw muscles that smash the bamboo stems and leaves together with their hard molars to obtain the nutrients.

The giant panda has traditionally been found in the Yangtze River Basin’s lowlands, but growing human activity has driven them high up into the mountains in these regions.

Remote populations are still located in six separate mountain ranges in central and western China. They occupy broadleaf and coniferous forests with a dense bamboo under-story at altitudes between 5,000 to 13,000 feet in these regions.

These high-altitude forests are wet, gloomy, humid, and generally exposed to a high precipitation level.

It is believed that when they are searching for food, the unique colouration of the giant panda can enable them to blend into these misty forests.

However, the loss of these ecosystems to deforestation is the greatest threat to the giant panda today as they depend almost entirely on bamboo to live

The giant panda is a solitary species that dominate a territory characterized by secretions and claw marks on trees from scent glands.

Male giant pandas inhabit home ranges more than twice the size of a female’s, with its territories overlapping that of many female giant pandas with which it shares breeding rights.

The giant pandas must consume plenty of bamboos every day as bamboo is not especially nutritious. They can consume up to 30 kg of bamboo leaves, shoots, and stems of approximately 40 percent of their body weight.

Therefore, giant pandas spend between 12 and 15 hours a day chewing bamboo, which they do by sitting down, letting the plants to grip their front paws.

While the giant panda seems to spend its whole day either feeding or sleeping, they are also considered good at climbing trees and can even swim well when necessary.

Giant pandas reproduce between March and May when the female starts to signal her desire to mate by making a lot of groans and bleats to lure a male.

The female giant panda gives birth to one or two cubs at the bottom of a hollow tree or cave after a gestation period that runs for about five months.

This renders them much more vulnerable because they are both blind and hairless. They do not start crawling until they are almost three months old.

If the female giant panda gives birth to twins, she can only take care of one. The baby panda rides on her back until it is six months old and can then trot alongside her precariously.

Panda bear cubs are able to wean when they are about a year old but do not leave their mother until they are 18 months old. Few cubs may remain with their mother for a few years before she gets pregnant again.

They then go to develop their territories.

Despite being known as a carnivorous animal, the giant panda almost predominantly consumes bamboo in the surrounding forest.

Giant Pandas, known to eat more than 30 different bamboo plant species, feed on various parts of the plant at specific times of year to get the most out of it.

They use their heavy jaws to crush the different parts of the plant into a paste that is easier to digest.

Giant pandas also supplement their diet with several other plants, like grasses and fruits, as well as rodents and birds, rarely spending more than half of their day feeding.

While they can eat almost half of their body weight in bamboo pieces in just one day, the giant panda still needs to drink water and does so from mountain streams supplied higher up the slopes by the melting ice.

Adult giant pandas have no natural enemies within their calm, bamboo-filled environment due to the large size of their habitat.

However, the cubs are utterly defenseless before they are at least one year old and are exploited by larger predators like Leopards and Prey Birds.

Human beings in the Chinese mountains are the greatest threat to Giant Pandas as they have hunted these fascinating animals for their distinctive fur, up to near extinction in certain areas.

Although severe penalties for poaching have now slowed down hunting, the giant pandas are under dire threat from habitat destruction in the form of deforestation for timber and land clearance for agriculture.

They have been driven into relatively isolated parts of their previously vast native environment, and their population size has been exposed to significant declines.

People have loved the giant panda for thousands of years, but mostly for their stunning black and white pelts in the past.

Giant pandas have become one of the most well-known of the world’s big mammals since their discovery in the western world, with increasing initiatives and measures being put in place to try and help them avoid extinction.

However, increasing human activity in their natural lands has severely impacted them, which has led to massive population declines and the segregation of the remaining populations.

Despite their seemingly cuddly nature, the giant panda is a species of bear. While attacks on humans are uncommon, harm to individuals is not unheard of (particularly those who attempt to enter captive enclosures).

The IUCN has classified the giant panda as an animal species that has been vulnerable in the wild for decades.

It was firmly suspected that if anything were not done to preserve it, the giant panda would face extinction in the wild in the coming years.

The Chinese government has created thirty-three giant panda reserves, and over 50 percent of its native environment is now regulated by law.

Extensive research has also been done to help avoid the giant panda from becoming extinct, but it simply cannot thrive without its unique bamboo forests.

The giant panda has now been excluded from the endangered species list after ten years of growing population levels to about 2,000 older adults.

Instead, it is listed as Vulnerable by the IUCN primarily thanks to the Chinese government’s steps to protect their natural ecosystems and successful reproductive programs.

Exciting facts and features of the giant panda 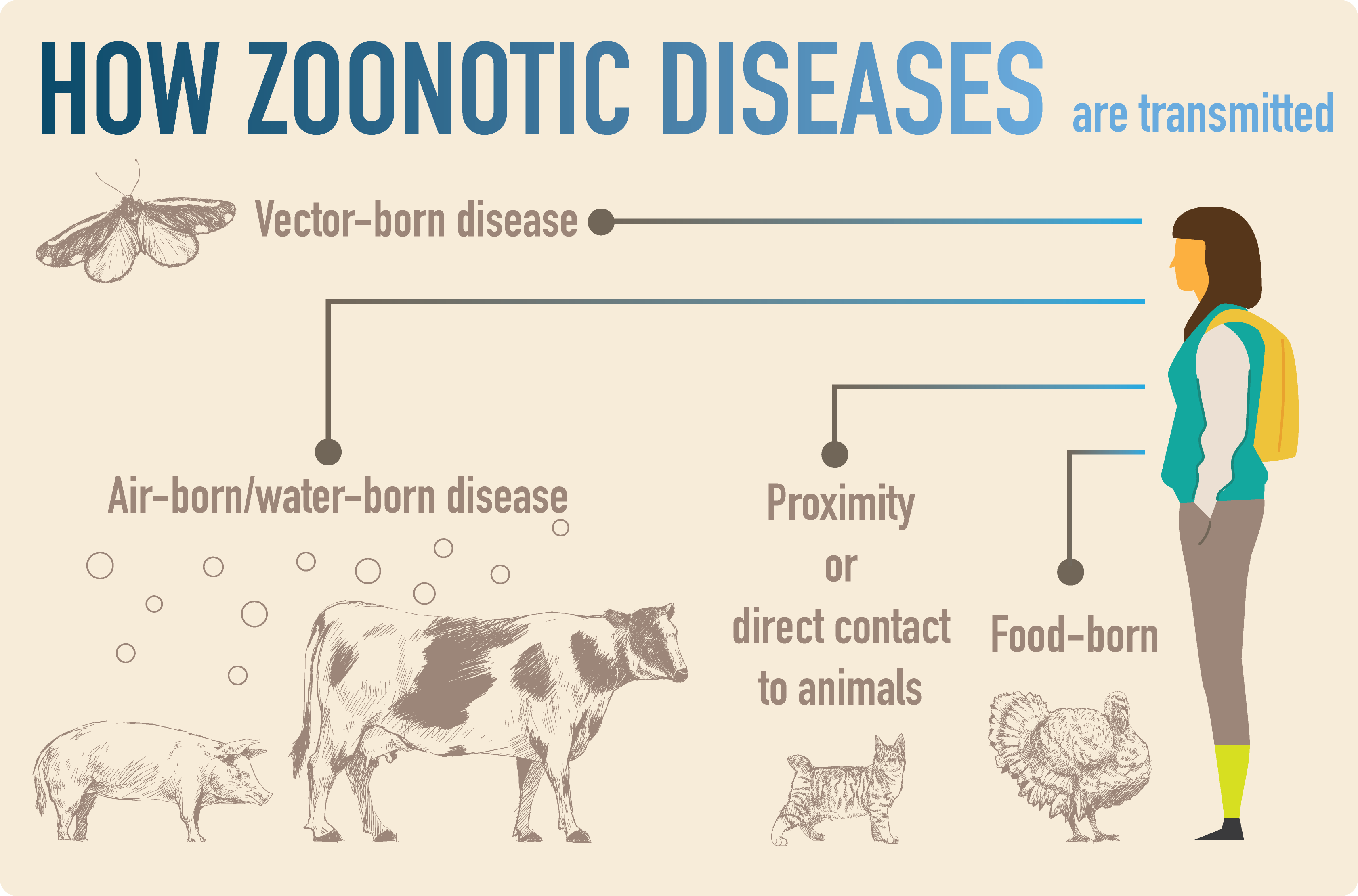 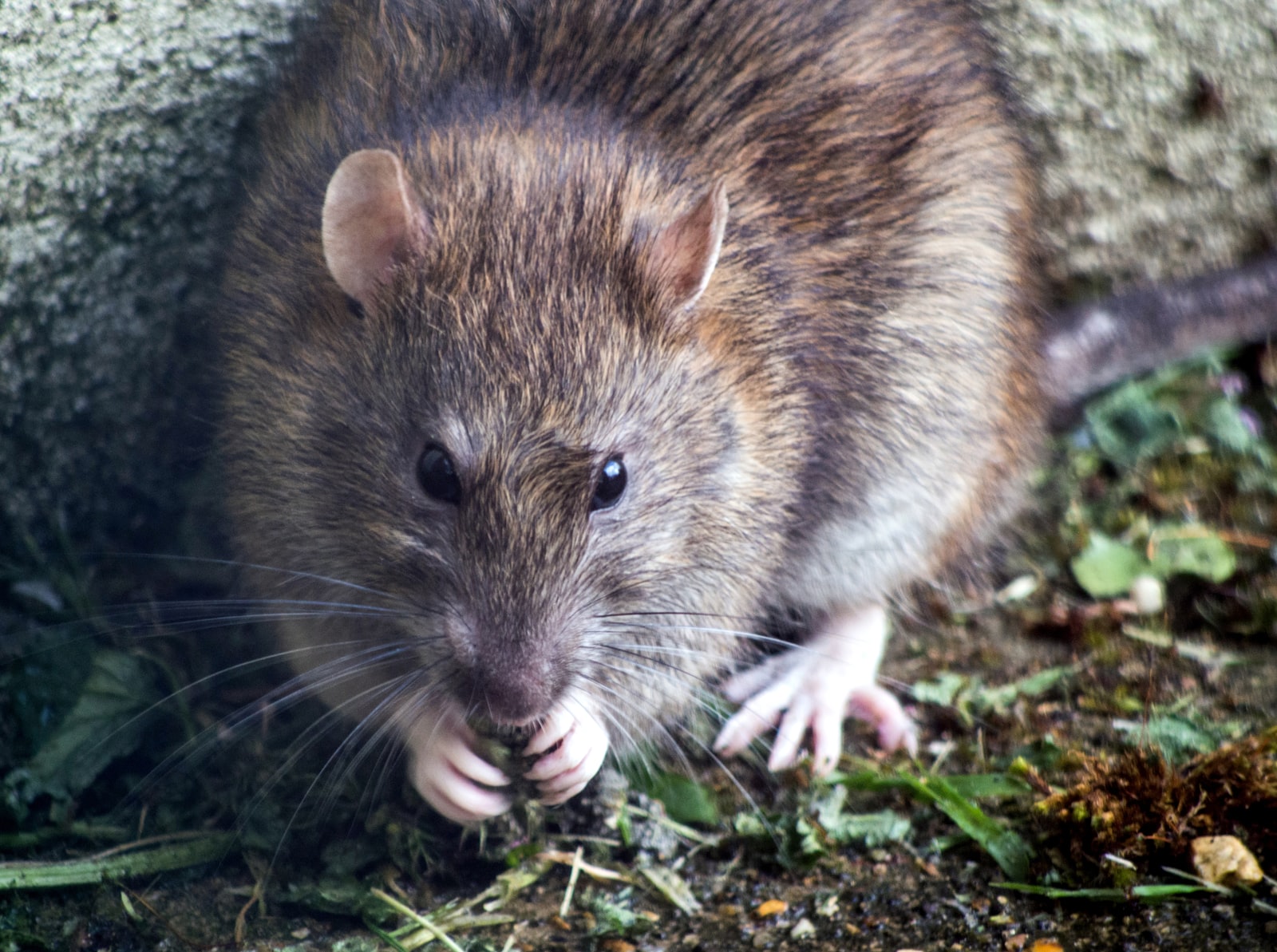 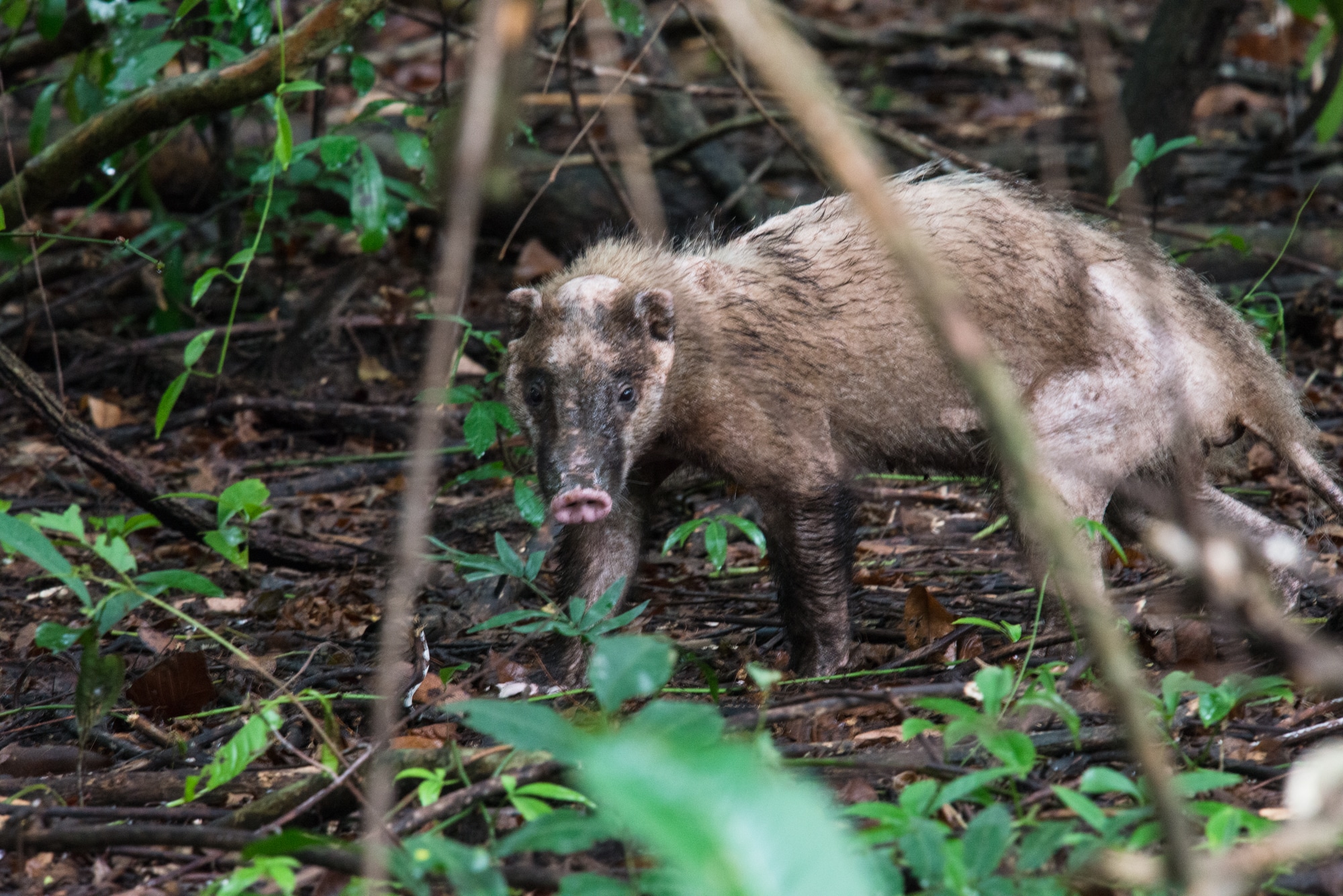 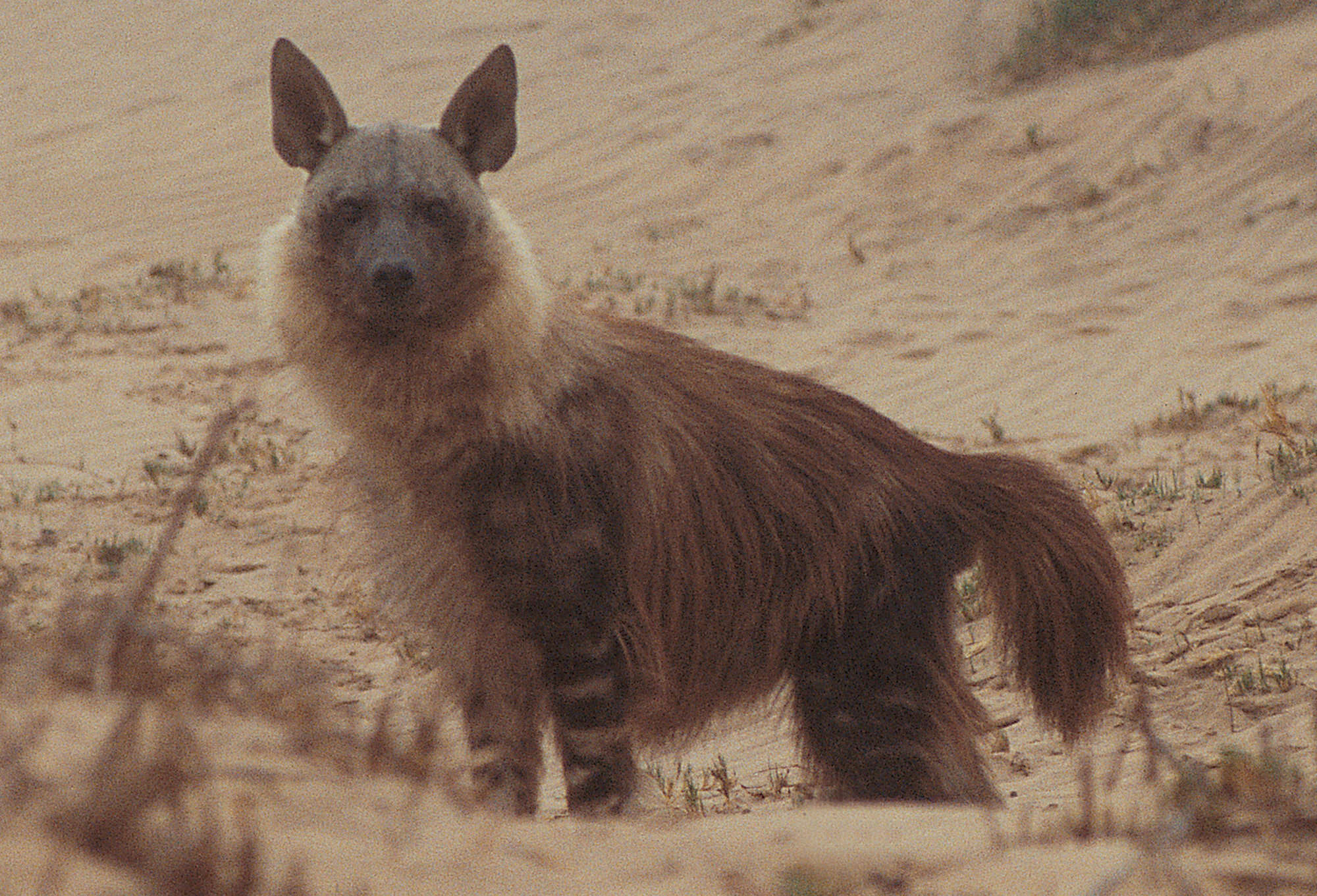 The brown hyena (Hyaena brunnea), also known as strandwolf, is an extant species