What we eat affects our health, either positively or negatively, and our fertility is not excluded. What we put in our system may either boost our productivity or mar it. Fortunately, nature has provided us with herbs that boost fertility.

If you and your partner are looking forward to having children, then you are advised to go natural and clean up your system. Going natural means taking more of nature’s goodness, such as fruits, vegetables, and other plants extracts.

Listed below are the top herbs best that boosts fertility. These are special herbs known to help women conceive and keeping the pregnancy until the delivery period.

For hundreds of years, black cohosh was used as a pain killer in North America. But due to its diuretic qualities, it is used in regulating menstruation.

Note: Black cohosh is known for its quick effects. Hence, prolonged use is not recommended.

Liquorice root or its extract can be used to form a decoction. This helps in detoxifying and repairing the liver, modulating the immune system as well as supporting the endocrine system.

In general, it contributes to improving and bringing about hormonal balance and is a key herb that boosts fertility. This medicinal root is known as a phytoestrogen.

Phytoestrogen is chemicals that act as oestrogen, but the body does not initially produce it. Liquorice helps in regulating and balancing sugar levels in the blood, helps cervical mucus production, promotes digestion, act as an anti-inflammatory.

Note: This herb is not to be taken in large quantities, and you are advised to consume the recommended dosage strictly.

The root extracts of Ashwagandha can be bought and consumed in capsules or tincture. By taking the recommended dosage, it will help boost your body’s stress management ability, modulate the immune system, and supports the endocrine system.

This medicinal herb helps boost these systems which are collectively responsible for fertility, and if any or all is impaired, then the individual could be faced with fertility problems. Men can also use this herb if their fertility issues are as a result of stress.

Note: Excessive use of Ashwagandha should be avoided during pregnancy.

EPO is an extract from the Evening Primrose seeds. The consumption of this product regulates and maintains a hormonal balance as well as reducing PMS symptoms, including breast tenderness, bloating irritability, and headache.

Also, Evening Primrose Oil promotes cervical mucus production, which is vital for the sperm to swim up to the egg/eggs to achieve conception.

Shatavari extract can come in capsule form. For centuries, this herb has been used as a formidable herbal infertility treatment in India. It helps in regulating the menstrual cycle, reduce stress, regulate the immune system, and increases cervical mucus production.

Castor oil is an extract from seeds of the castor plant. This can be used externally by using a castor oil pack.

Castor oil pack can be made by soaking a piece of flannel cloth in castor oil till it is well-soaked. Then place this on your lower abdomen and with a plastic sheet, cover it.

Get a bottle of hot water, place it over the plastic sheet and with you lying on your back, cover it with a towel. Relax for thirty to forty-five minutes before removing the pack. Then wipe your tummy clean.

The benefits of Castor oil include:

Maca is a traditional herb in the mountains of Peru. Found growing in the volcanic soils, it is rich in mineral and phytonutrients. Consuming it, promotes hormonal balance and supports thyroid health. It increases libido, stamina and energy.

Maca can be consumed as capsules or tinctures, and it is most commonly found in the form of powder which is wildly used as an additive in smoothies, juice, and pastries.

To the Peruvians, it is not just medication, but staple food, and fortunately does not have any side effects.

Damiana extract deals with impotence by promoting blood flow to sexual organs and stimulates the nerves. It also regulates the spermatorrhea which is a medical condition characterised by too much, accidental ejaculations.

Damiana is a shrub widely grown in the West Indies and South and Central America, Mexico. This could seem like a small shrub, but when you dry up their leaves and use it in making tea, it can do wonders in boosting fertility.

Milk thistle is a medicinal plant that is widely found growing in areas of united states, new Zealand, Australia, southern England and Iran. These areas are where it is believed to have the originated from and is still cultivated.

The seeds of milk thistle are usually difficult to digest. However, it can be consumed in the form of a tincture. More to its benefits include the promotion of breast milk production, and it helps manage postpartum depression.

The bark of the cinnamon tree can be ground into a powder to make capsules. The herb can come in tincture form which is extracted from the roots of a cinnamon tree. The benefits of consuming cinnamon are quite extensive as it helps to boost fertility.

White peony is a medicinal plant with healing properties that are commonly used in (PCOS), and uterine fibroids. It promotes the circulation of blood to the pelvis and the area around the pelvis. It can be administered as a decoction of a liquid extract or just the roots.

Dong Quai is an excellent herb that boosts fertility. This herb has been in use since ancient times until now. It is used in treating irregular or late menstruation, alleviating light and stagnant menstruation by increasing the flow of blood to the pelvic region. This medicinal herb can be administered in the form of a tincture.

Humans have used herbs for many centuries to treat different ailments. Long before the orthodox medicines, herbs that boost fertility were commonly used, and it has little to no side effects. However, before trying any herbs, it important that you discuss with your medical doctor first. 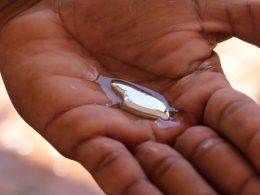 What is Mercury Poisoning?

Mercury poisoning involves the toxicity from the consumption of mercury 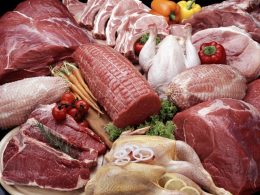 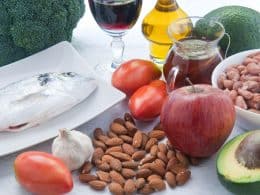 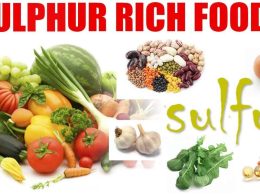 Some of the safest foods on the planet are onions, garlic, kale, cabbage, and