High Levels of Cholesterol: Eggs May Not Be the Enemy

There is almost nobody who doesn’t like eggs. Even if you wouldn’t have an omelette, you probably are a huge fan of cakes or other pastries with eggs in them.

Some recent studies have identified a link between eating high cholesterol foods like eggs and cardiovascular diseases however experts have also cautioned that other aspects of an individual diet may be responsible for their health challenges.

Many of us grew up believing that eggs are the healthiest food on the planet. But is that really what they are? are eggs just cholesterol Laden foods that brings cardiovascular doom?

Studies have shown that each additional 300 milligrams of cholesterol that is consumed daily will increase an individual risk of developing a cardiovascular illness by as much as 17%. This also comes with an 18% chance for death by any cause.

One large egg contains about 186 milligrams of cholesterol and studies ever feel that eating 3 to 4 eggs a week is associated with about 6% increased the risk of developing cardiovascular disease also an 8% increased risk of death by any other cause during this period.

So, does this mean that it for eggs? Well, not quite. First, it essential that you understand the basis of the ongoing battle about the relative impact that cholesterol can have on an individual’s diet.

It was also noted that parts of the seal behind this massive and rigorous study was the conflicting information provided concerning cholesterol by the united states government.

The Department of Health and Human Services provided a 2015 to 2020 dietary guidelines for Americans states that people should consume as little cholesterol as they can while following a healthy eating pattern.

However, those guidelines were companied by a scientific report that states that cholesterol is not in nutrients that people should be concerned about when it comes to over-consumption.

Researchers did a larger study in an attempt to get to the root of this question. Economically and ethnically diverse groups of people were studied for a long period of time with up to 31 years of follow-up unlike many other studies and meta-analysis of already existing research.

Alice H Lichtenstein, who is a senior scientist and director of the cardiovascular nutrition laboratory at the Jean Mayer USDA human nutrition research centre on Ageing at Tufts University in Boston, shared during an interview with Healthline that it is critically vital to place emphasis on the fact that demonstrating the effect of a specific food on health is very complicated.

Alice added that in this study – which happens to be the most comprehensive study available on this subject till date – the authors meticulously accounted for multiple potentially confounding factors.

For example, researchers were unable to assess the long-term eating habits of the participants that were studied.

According to one of the researchers, they had a single snapshot of what the participants eating pattern looked like. But from what they assume the data they have represents an estimate of each person’s dietary intake.

Still, these people may have changed their diet, and the researchers will be unable to account for that.

Getting to the yolk of it

The specific reason why this issue centres around eggs is because eggs are extremely healthy that is with the potential exception of their yokes that contain high levels of cholesterol.

Chicken eggs to be specific are an excellent source of vitamin B-2, selenium, vitamin B12, folate, and vitamin A. they are also a good source of antioxidants and protein. Chicken eggs even contain those incredible brains and heart omega-3 fatty acids.

This study even makes it evident that the problem might not be eggs exactly but the different foods that people tend to eat alongside eggs.

The study participants were majorly people living in the united states thoughts we can say that the results that were derived maybe as a result of familiar dietary companions of eggs such as sausage and bacon.

For example, no significant relationship was found between eggs or cholesterol and people having normal blood cholesterol levels and even in a few cases, older adults.

The most essential thing that we must remember is the overall dietary picture because from what we know dietary cholesterol is only one piece of the puzzle.

At the end of the day, we hope that the study will be able to provide a clearer understanding of the role of cholesterol in our diet as well as eggs to be specific without requiring us to move the needle too much.

The American College of Cardiology and the AHA’s own 2019 guidelines recommended a moderate intake of cholesterol and stated that a diet that contains a reduced amount of sodium and cholesterol could be beneficial to decrease atherosclerotic cardiovascular disease risk.

However, that recommendation has been classified as a moderate strength recommendation carrying with it only reasonable quality evidence as its backup.

The conclusion would be that cholesterol should be our primary concern and it happens to be high in eggs and its yolk to be specific.

Now that there is enough proof that egg whites are healthy then it is best to opt for foods that can do without egg yolk this is not to say you should eliminate egg yolk from your diet, but you can reduce your consumption of the yolk.

We hope that you find this piece of writing very educating. Do not hesitate to leave a comment in the comment section provided below, if you have any opinions you would like to share with us. 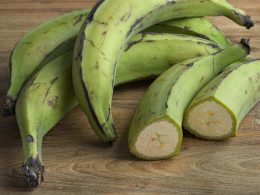 Plantains are one food that people do not know much about 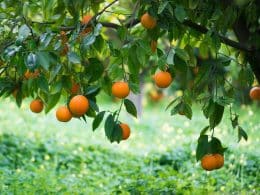 Bitter Orange Uses and Its Benefits 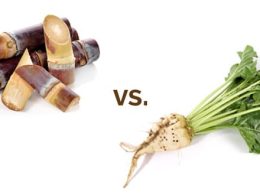 Beet Sugar Vs Cane Sugar: Which Is Healthier?

For a long time, I thought sugar was only produced from cane until I discovered 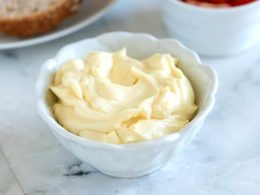