How Often You Should Be Rebooting Your Router

The role of a router is to “route” internet traffic to all internet-connected devices in your home, a list that could include laptops, desktop PCs, smartphones, and any “smart” televisions or appliances you might have in your home.

The general rule of thumb with rebooting a router is to do it at least once a month as a matter of habit.

This being said, there’s no standard as far as when a reboot is necessary.

There are, however, some things that can happen to look out for suggesting it’s time to do a router reboot.

Here’s what you need to know about rebooting your router.

Let’s start with a reminder that rebooting is not the same as resetting a router.

When you reboot a router, you’re simply turning it off and letting it start up again, or doing the same thing with an app linked to your router.

When a router is reset, however, it’s restored to its original configuration and default settings.

A reset is typically recommended only if a reboot doesn’t solve the problem or allow you to properly use your devices.

Reasons to Reboot Your Router

If you’re not having any significant issues with connectivity and device usage, go with the once a month rule of thumb for rebooting your router.

However, there are certain times when it’s best to go ahead and do a reboot if you’re noticing some issues with connectivity and performance or having other concerns.

We run through some of these below:

Overheating can also affect your router, especially if it’s in near-constant use.

Diminished or missing signals and slower speeds are among the signs suggesting this may be an issue, You will notice if your connection is slower because you experience lagging when doing a video calls and during your game time on online and experiencing buffering when you are streaming movies or TV shows online.

Rebooting sometimes corrects this problem by giving internal components a chance to cool down.

However, if you have an older router and it’s starting to overheat regularly, consider a replacement instead.

How to Reboot Your Router?

Many newer routers come with apps you can use to remotely restart your router by tapping on this option in the settings section or menu.

Another way to reboot your router is to simply unplug it and plug it back in. Doing so won’t harm it, either.

When you do this type of reboot, take the following steps:

Resetting your router rather than rebooting it should be a last resort. This should be done for more significant issues, like a need to eliminate viruses or correct poor software installation problems, for instance. Otherwise, opt for periodic reboots instead done at least once a month.

How to Customize the Lock Screen on macOS 10.14 Mojave?

Apple which has released the macOS 10

How to Watch Netflix From a Country Where It’s Unavailable?

These days, media streaming services are becoming more famous than ever and the 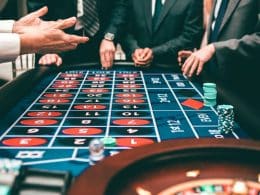 The Gambling Industry: How It Has Evolved Over the Years

The global gambling market is expected to reach $74 billion by 2023, with a 9

How to turn off iMessage when Switching From iPhone to Android

Have recent automaton flagships lured you aloof from your iPhone?