How to Make Tigernut Butter?

Tigernuts is one of the most ancient food sources known to man. They have been discovered to be low-histamine, nut-free, and also super yummy and healthy.

Tigernuts are pea-sized tubers that grow underground, and they possess a chewy fibrous texture like that of fresh coconut with a sweet, nutty flavor.

They are a great source of magnesium, iron, and resistant starch that acts as fuel for the good bacteria present in your guts.

If you’re looking for alternative nut butter, you should try tigernut butter, free of nuts.

How To Make Tigernut Butter

All you need is tigernut flour and some oil — ideally liquid, like avocado oil.

You CAN use coconut oil, but it must be in liquid form (melted), and if you don’t use the tigernut butter immediately, it may solidify.

You may also choose to add a pinch of sea salt and/or additional flavorings such as cinnamon or maple syrup.

Making tigernut butter is one of the simplest things to do, as it requires just a few ingredients.

Below is a quick recipe on how to make tigernut butter:

According to Keri Gans, RDN, a nutrition consultant and author of the small change diet, tigernut butter is rich in fiber, antioxidants,  the improvement of libido, digestion, and overall heart health.

Nutritionally, tigernut butter is packed with lots of nutrients that can boost health in diverse ways.

Below is a list of the benefits you stand to get when you consume tigernut butter.

Tigernuts possess antioxidant properties ranging from several vitamins and minerals such as vitamin C and E, which help boost and strengthen the immune system.

The majority of the superfoods possess antioxidants which are vital to their superpower claims. Studies show that antioxidants play a significant role in combatting diseases, reducing chronic inflammation, and boosting immunity.

Jackie Newgent, RDN, a plant-forward culinary nutritionist and author of the clean & simple diabetes cookbook, explains that this might be due to the phytosterols present in the tuber, which may disturb the absorption of cholesterol.

Plant sterols are in the same category as cholesterol but come from plants and not animals.

According to a paper published in September 2018 nutrients, they aren’t routinely absorbed by humans, but they can neutralize the animal cholesterol and effectively reverse the damage when they are.

According to research published in September 2015 in BMC Complementary Medicine and Therapies, they were used traditionally in the Middle East to enhance sexual desire in males.

The researchers used male rats to test tigernuts as an aphrodisiac.

They discovered that when they gave the tubers to them, it had a beneficial influence on their copulatory behavior, improving their desire and sexual performance.

However, it is unclear if the response would be the same in humans; further research is needed.

Tigernuts are also an excellent source of fiber. Roots Classic Tigernut Butter has 3 grams per tablespoon.

While the body cannot digest fiber, it is an essential digestive help. “The tubers include insoluble fiber, which gives you a bulkier stool and enzymes that will help you regulate your gas,” Newgent adds.

Tigernut butter acts as a replacement for foods that contain common allergens. Take, for instance, tigernut flour; it is a gluten-free alternative to flours that contains wheat.

Tigernut milk is an alternative to cow’s milk which contains lactose.

What Are The Challenges Of Eating Tigernut Butter?

1. Tigernut Butter Is Expensive And Hard To Find

Only a few manufacturers sell tigernut butter, so you may have to order a jar online unless you live near a specialist store.

One of the only commercial retail brands appears to be Roots.

Furthermore, tigernut butter may not be affordable for many because it is expensive.

2. Tigernut Butter Is Easy To Overeat

Tigernut butter, like all other nut butter, is high in calories, so it is advisable to eat them in moderation if you’re trying to maintain or lose weight.

One tablespoon of tigernut butter has about 100 calories.

Tigernut Butter has less protein than other real nuts such as pistachios and almonds.

As a result, if you’re using them to add protein to a plant-based recipe, you could get less than you think.

When tigernut butter is compared to other nut butter, the results are similar.

Root Classic Tigernut Butter includes just one gram (g) of protein per tablespoon, compared to around 3.6g of peanut butter and 3.4g of almond butter, says the US Department of Agriculture.

Despite the disadvantages of eating tigernut and the reality that no meal is truly “super,” both nutritionists recommend giving it a try.

“There’s no reason why you shouldn’t try it and decide for yourself whether or not to incorporate tigernut butter in your overall diet,” adds Gans. 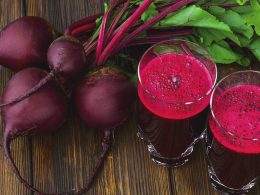 Beetroots and beet greens are superfoods, they aid detoxification of the body, 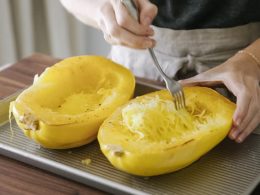 Is Spaghetti Squash Healthy for You? 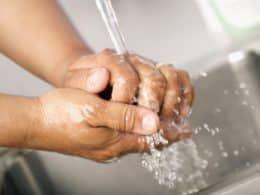 What is Water Allergy?

Since the creation of the world, one thing has always existed and remains 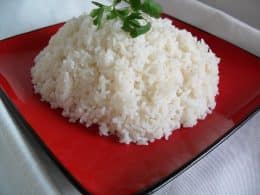