The Indian wolf (Canis lupus Pallipes) is regarded as a subspecies of grey wolf that occurs from the Indian Subcontinent to Southwest Asia.

It is said to be intermediate in size between the Arabian wolf and the Himalayan wolf, and also lacks a luxuriant winter coat due to it living in warmer conditions.

The Indian wolf is less vocal than other variants of the grey wolf and travels in smaller packs. It has a reputation for being cunny.

Within this subspecies, the “Indian wolf” is genetically basal to all still living Canis lupus species apart from the older-lineage Himalayan wolf.

Indian wolves are similar in structure to the European wolf but are more slightly built, although it is smaller and has shorter fur.

Similar to the Arabian wolf, it has short, thin fur in summer, an adaptive trait against solar radiation. The fur is generally reddish-white to greyish red with grey tones.

The underparts are almost entirely white. Pups are born sooty-brown, with a milky-white pattern on the chest that fades away with age. Black specimens are hard to find but have been found in two regions in Iran and India’s Solapur district.

In the latter country, the change in the gene was recorded to be natural, unlike the North American grey wolves, that are known to experience melanism from past interbreeding with dogs.

Its behaviours are similar to that of other grey wolf subspecies, though the Indian wolf is relatively less vocal and lives in smaller packs that rarely exceeds 8 to 6 individuals. Indian wolf vocalisation includes whimper, howl, howl-bark, whines and social squeals.

There is a record of a lone wolf that associated with a pair of dholes in Debrigarh Wildlife Sanctuary. It tends to reproduce from mid-October to late December, and whelp in ravines or holes.

It usually preys on hares, rodents, and antelopes. It usually hunts in groups when targeting antelopes, with one wolf acting as a cover while the other traps and attacks it from behind.

The range of the Indian wolf coincides with that of the tiger, leopard, golden jackal, Asiatic lion, and sloth bear.

Indian wolves are known to be nocturnal animals, using several strategies for various prey animals. These wolves always lack in speed and endurance.

The blackbuck is the primary prey animal for wolves in Blackbuck National Park and Nannaj and makes up to 88% of Indian wolf’s biomass consumption.

Due to the fact that the antelope is quicker, Indian wolves usually chase it toward bushes or hollows, ravines where other wolves wait patiently to ambush it.

Indian wolves may also target injured animals or sick animals and separate it from its herd, pursuing it until it is exhausted. This strategy is commonly used by grey wolves, and have been proven successful.

Finally, when they reduce the distance, a single wolf would block the snout to asphyxiate the antelope while the other attack it from behind. Indian wolves are also known to use their cunny attitude to lure prey in for the kill.

All Indian wolves are monogamous animals, and they tend to mate for life. They usually breed from mid-October – late December.

Females give birth to 5 to 6 puppies in ravines or holes. The gestation period tends to last up to 62 to 75 days. Their pups (whelps) are always born blind, but their eyes won’t open until 9 to 12 days after their birth.

The entire pack often helps to care for the newborns, and when the pups grow to around 3 months old, they will be independent and ready to leave the den. Indian wolves become maturely reproductive after around 2 years of age. 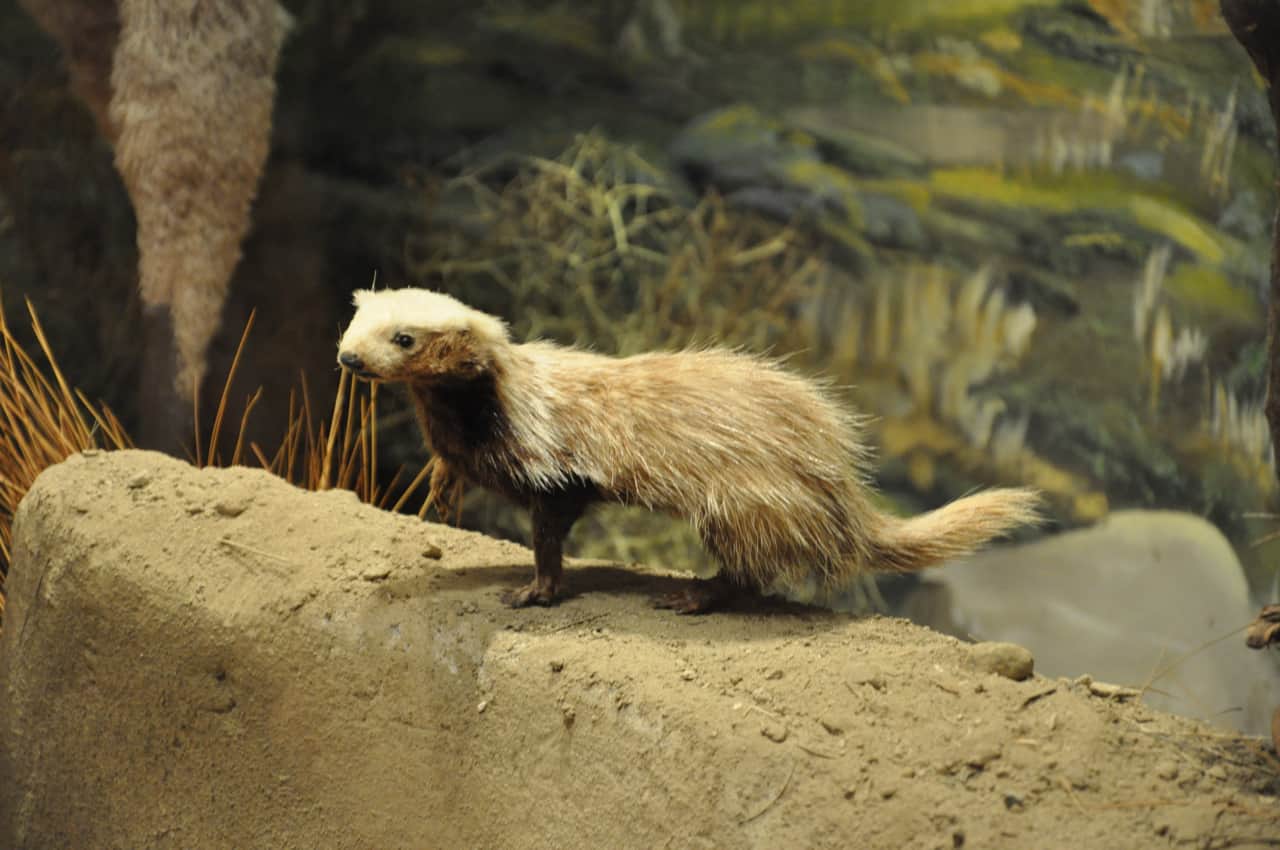 The Patagonian weasel (Lyncodon patagonicus) is classified as a small mustelid