Cybersex has recently become a trend, and a good number of us seem to have a problem with it. Cheating both in marriages and relationships has been a significant cause of breakups and divorce.

The rate at which people cheat in the 21st century is increasing at an alarming rate.

Before now, the male gender used to be on top of the chat when it comes to cheating on a partner, but with the current rise in balancing or creating equality in gender roles, we can’t really say if the women have not taken the number one spot.

While cheating used to be a little difficult in the past because of how much hiding and lying a person had to do in order not to get caught, as times have changed, and technology has made a lot of things as regards everyday life activities easier, cheating has become a lot easier and almost excusable and guilt-free.

Sexting or cybersex can be dismissed as one of those things people do to have fun online.

To better understand the matter at hand, lets us take a quick look at what infidelity was about two decades ago, and what it is now.

Infidelity: What It Was and What It Is?

Some twenty years before now, it was a lot easier to pinpoint what one saw infidelity. What drove women crazy in the past was seeing a lipstick stain on a husband’s shirt, catching him having lunch with a strange woman.

Other things were getting information from a secret source about his sexual affair with someone down the street, or even mysterious phone calls and late nights or sudden business trips.

That was a long time ago people! Today, with the advent of the internet dispensation, your husband or wife doesn’t have to leave your side to be with someone else and even have sex with them.

All it takes is a computer, a tablet, or a mobile phone and an internet connection for cybersex to happen. The intriguing part is if you also get into the online dating thing you might end up in an online relationship with the person you sleep with every night at home and not even know it.

The question however is, does catching your significant other in a hotel room or kissing someone else wreak the same havoc as seeing those cybersex chats, romantic messages and nude pictures in their inbox? We hope to answer this question by comparing both relationships

The Internet or Virtual Affair Vs the Real Thing

It hurts more because they find it easy to lie about cybersex or online dating, and downplay your feelings or make you feel like you are overreacting.

Judging from the number of complaints from jealous, frustrated, and angry partners that we see on counseling pages, newspapers and magazines, social media and even the ones we hear on the bus as we commute to work.

It is evident that heartbreaks are increasing and people are falling into depression more these days as a result of their partners keeping an online relationship under their very nose.

What causes the jealousy and frustration that partners of cheating people go through have been explained by Cape Town psychologist, Ilse Pauw.

Pauw has grouped the causes of the feeling of defeat into three and describes them as “Firstly, feeling neglected and overlooked by your partner; secondly, having your partner share intimate details with an outside person and thirdly, watching your partner’s focus switching from your relationship to one with some idealized online character.”

People who are involved in these online affairs are quick to defend themselves by saying that their relationship with the other person online is virtual and unreal thus their partners are worrying over nothing.

But the fact remains that they get upset when they are asked to stop such relationships, and sometimes the cheaters go as far as guilt-tripping their partners and making them feel like they are depriving them of making friends or socializing with other people.

The focus point now is not how the cheating partner reacts to their physical lover’s request that they put an end to their online relationship but how their partner’s life and emotions are affected by this so-called unreal love affair.

The End Result Is Never Different

Catching your wife out on a date with an old boyfriend or childhood crush or knowing that they are a sexy 21-year old model online who is in a romantic relationship with a 25-year old gym instructor is going to yield the same result.

You feel very lonely and become emotionally broken and disconnected from the person you loved and promised forever. You feel worse because you see a different side of your partner from those inbox messages.

A partner who is usually shy and finds it hard to lift up her face to say hi to the neighbors may become as bold as a motivational speaker or a famous singer who be, facing a crowd of thousands of people.

Worse still, technology is growing to the point where full sensory bodysuits will be created to help people have sex over the internet and feel like it is real. Futuristic Howard Rheingold said, “It’s ironic that we had to build million-dollar machines to do something as natural as sex”. We are headed to an era where there might be an even higher divorce and suicide rate as a result of online relationships.

Partners have left their relationships and marriages to physically be with that perfect online girlfriend or boyfriend, but in the end, they find out that these people are everything but real in reality.

This is the hard part, because of how secretive these online relationships are, it is difficult to actually gather correct data of how many people are involved in these affairs.

However, a 2005 study of 1,800 internet users in Sweden shows evidence of prevalence in online relationships and cyber-sex. The outcome of the investigation showed that the activities of men in cyber relationships reduced with age, but it increased for the female folks.

Our Conclusion on the Matter

In the words of Katherine Hertlein, Ph.D., who is an associate professor at the University of Nevada in Las Vegas who studies online affairs, “It’s not just that you’re communicating with someone online but that there is a sexual or emotional nature.

With the Internet, we’re moving away from just physical ideas about infidelity and acknowledging emotional infidelity.” Cyber relationships are infidelity, and there is no sugar-coating it.

It happens right under your very nose, and it is spreading like wildfire. If you have a partner who is involved in one of such affairs, do not let them play with your emotions or tell you to stop overreacting. Talk about the issue but don’t nag about it or get involved in an online affair to make them jealous.

Tell them how their action affects you, and if they do not see any reason to quit their other affair, please take a walk away from such a relationship as your mental health is at stake here.

If you, however, get curious, you could create an online identity and chat them up in such a way that they never suspect you are the one behind the keypad.

Get all the evidence you need to prove to them that you know what they have been doing, and see how things go from there. The bottom line is, your emotions should be your focus as you deserve to be, loved and respected.

6 Red Flags to Look Out for in New Relationships

Meeting someone, you can be pretty exciting, and one of the things people look forward to is the…

An orgasm is what every woman hopes to achieve as the climax to her sexual satisfaction. This is… 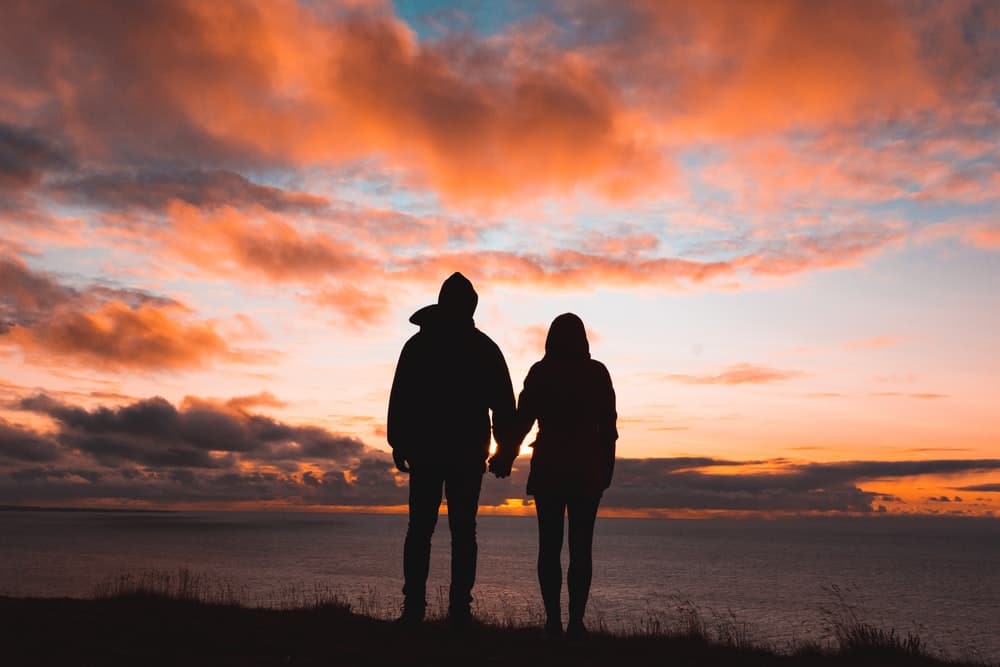 10 Short and Simple Phrases to Help You Stay in Love

When you begin a new relationship, both of you are experiencing a whole new world filled with rose-covered…