What Is Kosher Diet?

For various reasons, people leave by different dietary standards in recent times one of the most common has been the keto diet but now we are going to look at one nutritional rule that has been in existence for a long time, and that is “kosher”.

Kashér is a Jewish term that is used to describe foods that comply with the streets dietary standards of the traditional Jewish law. For a lot of Jews, culture is not just about food or health safety it is about adherence.

In this article, we will be looking at what Kushal really means it means dietary guidelines as well as the requirements that food must meet for it to be considered kosher.

What does kosher really mean?

Kosher is an English word that was derived from the Hebrew root kashér. The original word means to be pure, suitable for consumption, as well as proper.

The laws that work together to provide the foundation of a kosher dietary pattern are all referred to as kashrut, and they can be found within the Tora which is the Jewish book of sacred text.

The instructions for the practical application of the laws of kashrut have been passed down from generation to generation through oral tradition.

The kosher dietary laws are very comprehensive, and they provide a rigid framework of rules or laws that not only clearly state which foods are allowed or forbidden but also include a mandate on how foods that are permitted must be processed produced and also prepared before consumption.

In the kosher there are specific food combinations are strictly forbidden.

Some of the primary social, dietary guidelines placed a ban on certain food combinations particularly the pairing of meat and dairy. There are three major kosher food categories:

Going by Kushner tradition, any food that has been categorised as meat should never be served or eating with any mail that has dairy products in it.

Furthermore, all cooking utensils and equipment that are used to process dairy products and clean meat must be kept separately. They also should not be processed in the same sink.

After eating a dairy product, you must wait a specific amount of time before you can consume any meat products. Nevertheless, a pareve food item is considered neutral and can be eaten alongside dairy or meat.

However, if a plant-based product is processed or prepared using the same equipment that has been used to treat dairy product on meat, it can then be classified as dairy meat or non-kosher.

Only particular animal products are allowed

The majority of the kosher rules address animal-based foods and the manner in which they are slaughtered as well as prepared.

On the other hand, diary is treated as a separate food and should never be consumed or put together with meat products or meat itself.

Eggs and fish are classified in the same category as plant-based products, and they have their own set of rules.

In the cultural context meat generally refers to edible flesh from particular types of animals especially file and mammals as well as the products derived from those animals like gravy broth, or bones. According to Jewish laws for meat to be considered kosher, it has to meet the following criteria:

The meats listed below and their products are not considered kosher

Dairy products like cheese milk yoghurt and butter are permitted even though they must adhere to specific rules so that they can be considered kosher.

Even the fish and eggs have their own separate holes they are both classified as pareve or neutral, and that means they do not contain either meat or milk products.

For fish to be considered kosher, it must come from an animal that has both scales and fins, such as salmon mackerel tuna or halibut. Any water-dwelling creature that has none of those features such as crab, shrimp, shellfish, and lobsters is prohibited.

Unlike kosher meat, fish does not require the use of separate utensils and you can also eat them alongside dairy products or even meet. As long as eggs do not have traces of blood in them and they come from kosher fish or fowl they can be eaten alongside anything at all, but this would mean that eggs must be specifically inspected individually.

Foods that are plant-based can also be eaten alongside anything as long as they are produced using equipment that are kosher. 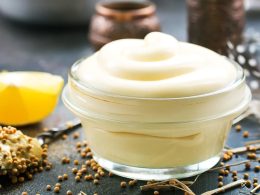 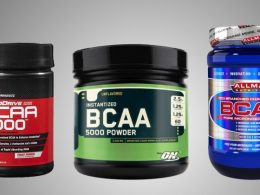 When it comes to the supplement market, in the past few years, we can say it has 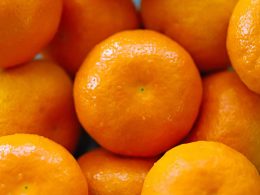