The leopard (Panthera pardus) is classified as one of the five still existing species in the genus Panthera and is also a member of the family Felidae.

It is native to sub-Saharan Africa, in small parts of Central and Western Asia, on the subcontinent to Southeast and East Asia.

On the IUCN Red List, leopards are listed as Vulnerable because the leopard populations are threatened by fragmentation and habitat loss.

The leopard is declining in large parts of the global range. In Singapore, Hong Kong, Syria, Kuwait, Tunisia, Libya and most likely Morocco, leopard populations have already been eradicated. Leopards are hunted illegally in various parts of the world for their body parts and are smuggled for decoration and medicinal practices.

Distinct from other wild cats, the leopard has a long body with a large skull and relatively short legs.

Its coat is marked with rosettes. A leopard has a similar appearance to the jaguar but has a slightly smaller, lighter physique, and its rosettes are also generally smaller, without central spots and more densely packed.

Both jaguars and leopards that are melanistic are known as black panthers. The leopard is distinguished by its opportunistic hunting behaviour, well-camouflaged fur, strength, and broad diet.

Its adaptability ranges from steppe to rainforest, including montane and arid areas.

The leopard’s fur is generally thick and soft, notably softer on the belly than on the back. Its colour varies from dark golden to pale yellowish with dark spots grouped in rosettes.

It ringed tail is shorter than the body, and its belly is whitish. The shape of its pupils is round. Leopards living in arid regions are yellowish to ochraceous, pale cream and rufous in colour. Those living in mountains and forests are much darker deep golden. Spots fade away towards the insides & lower parts of the legs and underbelly.

Rosettes are squarish in Southern Africa, circular in East African populations and larger in Asian leopard populations. The fur tends to be dark golden in rainforest habitat and greyish in colder climates. Each individual has a unique pattern of the rosettes.

The leopard tends to grow a longer fur in colder climates. The guard hair protecting the basal hair is relatively short, 1⁄8 to 5⁄32 in (3 to 4 mm) in face and head, and increase in length towards the belly and the flanks to about 1 to 1/8 in (25 to 30 mm).

Juvenile leopards have woolly fur and appear to be darker due to the densely arranged spots. Its white-tipped tail is about 24 to 39 in (60 to 100 cm) long. The leopard’s rosettes are different from the jaguar’s, which has smaller spots inside and are also darker.

The male leopard is heavier than the female, which means leopard are sexually dimorphic. It is muscular with a broad head and relatively short limbs.

Leopards are usually larger in areas without competition from larger predators such as tigers and lions. The max (maximum) weight of a wild leopard is about 212 lb (96 kg), which was recorded in Southern Africa.

The leopard has the largest distribution among all wild cats, occurring widely in Africa as well as Asia and Caucasus, although the population had declined and fragmented. It is assumed to be extinct in North America.

It inhabits foremost rainforest and savannah, and areas where woodlands, grasslands, and riverine forests remain largely undisturbed. In sub-Saharan Africa, it is still surviving and numerous in marginal habitats where large wild cats have disappeared.

Leopard populations on the Arabian Peninsula are fragmented and small. In central and western Asia, leopards avoid areas with long snow cover, deserts, and proximity to urban centres. Due to its ability to be stealthy, people often remain unaware of its presence.

The leopard is a territorial and solitary animal. Adult interacts only in mating season. After weaning, the females continue to interact with their offspring.

The females have been observed sharing kills with the offspring. They produce several vocalisations, including snarls, growls, purrs, and meows. Cubs use the urr-urr sound to call their mother.

Leopards are observed to walk ½ to 15 ½ mi (1 to 25 km) across their range at night. They may also wander 47 mi (75 km) if disturbed. They are diurnal in the western African forest, hunting during twilight.

The leopard depends mainly on its acute vision and senses of hearing for hunting. Leopards are carnivores that prefer medium-sized prey with a body mass ranging from 22 to 88 lb (10 to 40 kg).

The most significantly preferred species are ungulates; bushbuck, impala, chital, and common duiker. Primate species preyed on those in the genera Cercopithecus, Cercocebus, and Semnopithecus.

Leopards also kill smaller carnivores like the bat-eared fox, black-backed jackal, cheetah, and genet. A prey as heavy as a 1,210 lb (550 kg) giraffe is hunted, especially in areas that lack larger carnivores such as tigers or lions since they don’t need to drag their kill up trees to retain it.

In areas such as reserves in Central Asia, Sri Lanka, Middle East, tropical rainforests and montane of Africa, the leopard is the remaining top terrestrial predator present.

Average daily consumption rates of 7 lb 11 oz (3.5 kg) were estimated for males and 6 lb 3 oz (2.8 kg) for females. It can drag large prey up into trees due to its powerful jaw muscles and massive skull.

Leopard mating season depends on the region. In Siberia and Manchuria, they mate during January and February. The oestrus cycle lasts about 46 days, and the female usually is in heat for 6 to 7 days.

Gestation typically lasts for 90 – 105 days. Leopard cubs are born in a litter of 2 to 4 cubs. Mortality of cubs is estimated at 41 to 50% during the first year.

Females give birth in crevice among boulders, cave, thicket to make a den, or hollow trees. Cubs are born with their eyes shut, which opens 4 – 9 days after birth. The fur of a young leopard tends to be thicker and longer than that of adults.

The young start to follow their mother on hunts when they reach three months of age. The leopard becomes independent at one year of age but remain with their mother for 18 to 24 months.

The average lifespan of a wild leopard is 12 – 15 years, while in captivity, their lifespan tends to be longer, reaching up to 23 years.

Chameleons are not only colorful but are also interesting reptiles 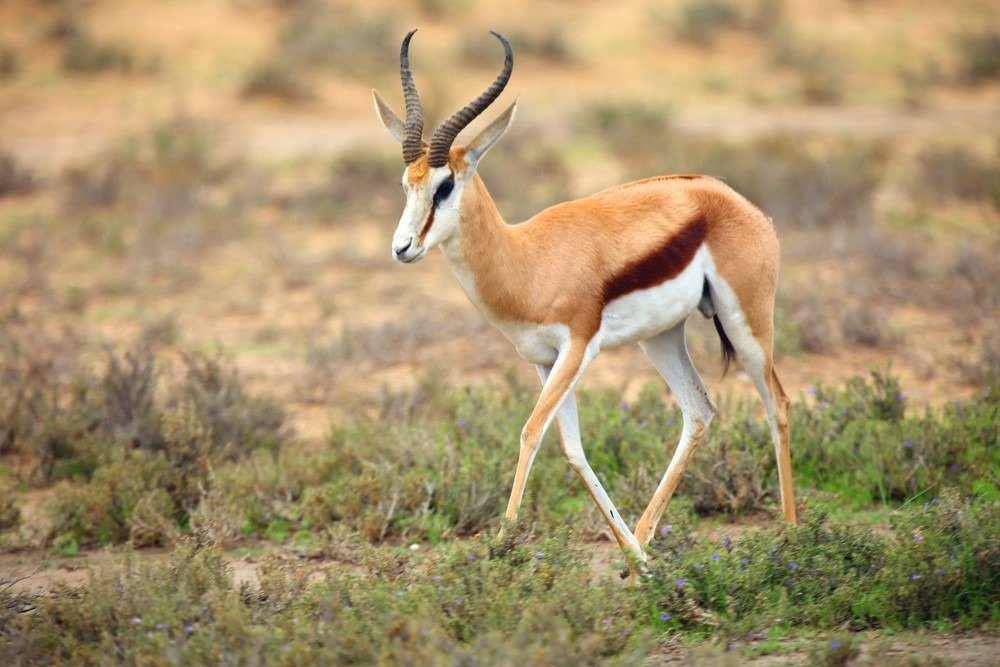 The antelope share a striking resemblance to deers, are found in Africa, parts

Lyme disease is among the most common tick-transmitted diseases globally, 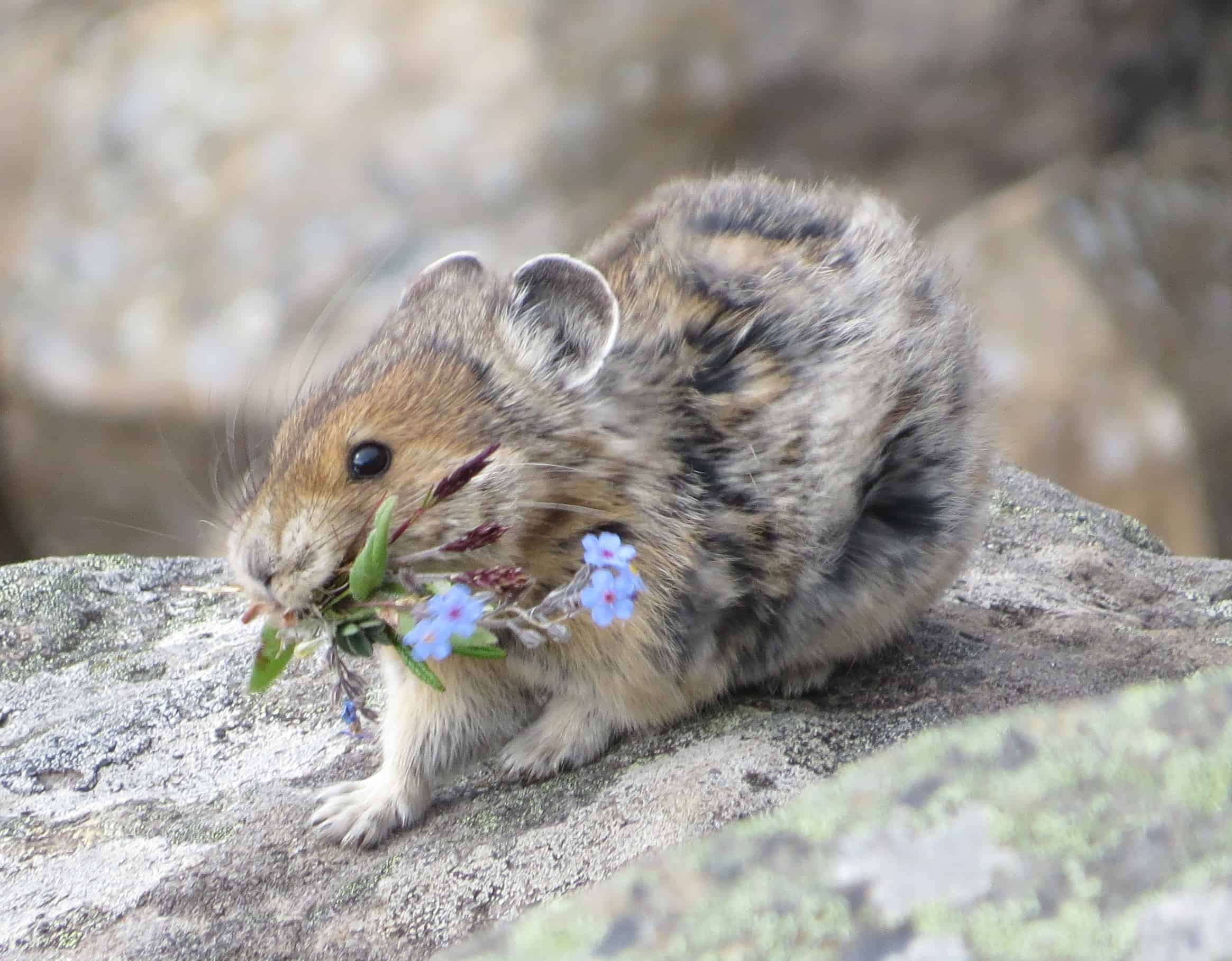