Mageirocophobia: The Fear of Cooking

Mageirocophobia originated from the combination of the Greek words “mageiros” and “Phobos” which stands for “chef or butcher” and “fear or aversion” respectively.

Mageirocophobia is defined as the morbid fear of cooking. This phobia manifests differently across individuals in various forms – There those who are only afraid of having to cook for a large number of people.

At the same time, some magericophobics are so scared of merely boiling potatoes for themselves. Although this condition may sound weird and bizarre, it is quite common.

However, it is only regarded as a phobia when it is intense enough to disrupt the healthy daily life of an individual.

This is also known to be a common social anxiety disorder (SAD) and is highly linked to malnutrition and unhealthy dieting which could result in diabetes, obesity and hypertension because the anxiety response they have causes them to prefer pre-prepared and processed foods to healthy homemade dishes.

Magericophobics comes in various forms, and each form causes extreme worry to the sufferer. The forms of magierocophobia are summarised as the following:

Because of this condition; Mageirocophobics are mostly concerned about the spreading of foodborne diseases.

They are highly obsessed with this that they understand that these diseases can be spread through undercooked meals, dirty cooking environment, improperly prepared meals, unwashed fruits and vegetables, soured milk, spoilt foods, wrongly stored grains and pest or chemical affected fruits, crops and vegetables.

Their obsession can make them uncomfortable while cooking because they are concerned about what they put in their foods.

Most people with this condition have this as the reason behind why they are scared to cook. However, their level of fear may vary the fears yet are still are prevalent.

Fear of the cooking processes

In cooking, your ingredients go through a lot of different processes to produce different meals that we have in our world today.

However, even with all the protective wears in the world, a Mageirocophobic may still not feel safe because he or she is filled with so much fear that they see potential danger and the possibility of getting hurt if they do the cooking themselves.

And when they try, their anxiety might kick making them act so clumsy that they hurt themselves; this would confirm their fears.

Reading up recipes on how to make meals and following the guidelines provided strictly may result in the desired result.

However, Mageirocophobics might find those guidelines overwhelming, even though when they may seem simple to the next person; their anxiety kicks in because they are afraid that they might miss an important step and ruin everything.

Again, the sufferer may find the volume of recipes too much that they find it challenging to make a decision.

We are more inclined to learn by practising; therefore when you cook your food, you may make mistakes, and learn, and by continually doing so, you become aware of the condiments needed and how to prepare it.

However, sometimes people read up, ask questions and have discussions about the health benefits and risks of condiments, ingredients and the food as a whole.

But then, individuals with Mageirocophobia can become obsessed with these health benefits and risks, and this can significantly have an impact in their cooking, and this will also make them too judgmental over other people’s food that they never get pleased.

This affects their nutrition, social life and perception.

People with eating disorders such as Bulimia Nervosa and Anorexia Nervosa, etc. may find cooking overwhelming due to its association with food.

The whole point of cooking is to be able to make food that is edible enough to eat, people with such disorders feel that they might lose control and start eating and might end up eating “too much”.

This form of fear surely fills the sufferer with the feeling of worry, inadequacy, indiscipline and guilt.

As in the case of almost all medical conditions; there are accompanying symptoms to tell you that you may have a particular health condition. In magierocophobia, the symptoms are:

Those factors are as follows:

The presence of other phobias can cause a person to develop mageirocophobia.

Preexisting phobias such as fear of fear, fear of pain, fear of being cut, fear of water, etc. may cause you to develop mageirocophobia.

Because food is being prepared in the kitchen, it may follow some processes which a person with the fear of fire or any related phobia would not appreciate.

Trauma caused by an unpleasant experience causes most phobias. For instance, someone who was a victim in an accident, or knew someone who had an accident while cooking may acquire magierocophobia.

Fearful genes are also included in the genetic makeup of an individual once there is an ancestor that has had a particular phobia. These genes may be dominant or recessive; either way, they are likely to manifest somewhere in the family tree.

The environment plays a crucial role in a person’s growth and well-being. When a child grows up in an environment that encourages the fear of cooking, or when they believe cooking is a strenuous task, this phobia may develop.

Experts believe that phobias are significant as a result of the combination of trauma and heredity. Severe Mageirocophobia can also cause some other phobias and social disorders to develop.

This condition causes the sufferer to go through a lot of unpleasant symptoms, negatively affects a person’s social and personal well-being and may lead to the development of other phobias and social anxiety disorders.

Therefore, mageirocophobia should be seen as a threat to an individual’s well-being and should be treated as soon as possible.

As limiting and detrimental as this condition is to the health and well-being of an individual, it is still manageable and treatable. There are effective treatments available for the treatment of magierocophobia.

These are drugs which can be taken to control anxiety when the body is triggered. These substances are of three main types; antidepressants, tranquillisers, and beta-blockers and should never be administered outside your doctor’s knowledge and when prescribed, should be taken strictly on the doctor’s prescription.

However, it is not the cure for any phobia, and it may cause some side effects to some individuals. Worst still, they can cause dependency and addiction in many individuals; thus, should only be used for a short period.

This approach includes the following:

This form of treatment involves you and your trained therapist working together to influence the line of thought that causes you to fear. This may seem like small or deep talks, but it is highly effective. Having you talk about your fears lessens the fear you feel.

Fear is known to bend our perception despite being aware of reality. Cognitive-behavioral therapy is a form of treatment aimed at helping you identify whether you have the real view of reality or your perception is distorted, to help you adopting coping strategies in facing and overcoming your fears.

For instance; if you are a magierocophobic, with the help of CBT you can identify whether you have the real view of reality to justify your fears for cooking or you have the distorted view of what cooking entails which proves that your fear of cooking irrational.

It is with the help of CBT that you will help you correct those bent perceptions. 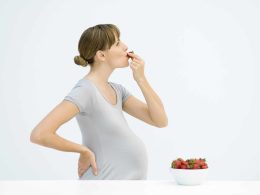 What we eat affects our health, either positively or negatively, and our 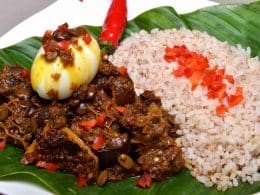 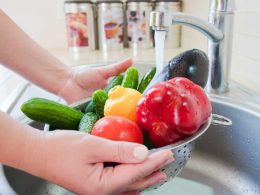 Do You Wash Produce?

Ok, so it is common knowledge that you should wash your produce before you cook 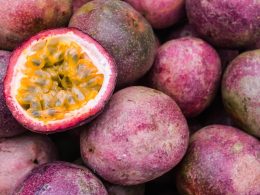 Passion Fruit: Benefits and Side Effects