Maggi! The word has its own charisma and brings back all possible good and bad times that this snack has helped you survive.

Not just a food variety, Maggi has proved to be a life saver for a thousands of times in everybody’s life. Sticking with its tag line, just two minutes to cook, nothing was so simple in life ever before this mini magic packet of taste and satiation was invented.

The yellow, slippery, timidly spicy noodles soaked in that semi thickened masala water is as good as a tradition for the Indian teens. The hostel food being the path of realization, a number of people understand the importance of these noodles only when they start staying away from their home cooked food.

Not only this, there are various seasons which actually force you to cook these two minute noodles so that you can enjoy the weather and the scenario in front of you to the fullest.

For example, when it is raining and all you can see from the balcony is lush greens with big fat droplets trickling down them, it is time for a hot serving of these soupy noodles.

Another example is the chilly winters; you can always slurp these noodles to give your stomach some love and warmth. Oh and summers? Its holiday season in India; so all you do is watch TV, lay back on the couch with a big bowl of Maggi and spend your holidays the royal way.

Versatility being the biggest merit of this food, people have always experimented with this snack. Additions and inventions clustered together have mostly proved to be successful when it came to these all-rounder noodles.

The green peas, onions, tomatoes, coriander, carrots, paneer and so much more along with the famous Indian tadka gives Maggi a nice Indian twist. The people who love cooking have tried making these noodles on the similar lines of the Chinese noodles as well.

The experimenting with these noodles is as fun as slurping them up making a tiny little ‘o’ of your lips. No matter what you add to it, there are a rare cases where you land up spoiling the taste of this dish.

A complete package of a filling snack, Maggi has helped people learn cooking from the basics as well. It has made life easier on so many levels.

For the corporate couples it serves as a romantic dinner, for the oldies it is the tastiest snack which takes minimum efforts to be made and to be gobbled up too; for the kids it cannot be described in words what one plate of those noodles mean.

Who knew even noodles had so many varieties of flavours including chicken and could be healthy like the atta noodles (wheat grain noodles)?

Apart from these noodles, thanks to Mr. Julius Maggi, the founder of this company, we get to have some good ketchups and seasonings with our food.

Ketchup, just like Maggi noodles, has supplemented so many normal dishes in our daily diet and has turned them into something exciting altogether. Especially for those poor moms, who till date struggle to get food in their kids’ tummy, Maggi has saved the day for them consistently.

The brand really has proven its versatility in a million ways. The famous seasoning sauce manufactured by Maggi has found popularity throughout the world and is used by millions of Maggi lovers.

The soups apart from being healthy are super delicious and affectionate to you during the cold nights of winter. The perfect appetizer, these soups come in different flavors and the entire range is adored by all.

From Man chow to tomato, the company covers the likes of each of the members in your family. Thick, consistent, and with the goodness of vegetables, the elders are sure of the health while the little ones are assured of the lip-smacking taste.

Although the vegetables in the soups are frozen and preserved, they still manage to keep up the quality and nutrition value of the soups.

The company has started selling the magic cubes also which are nothing but masala cubes of Maggi which you can add in any savoury food preparation to enhance its taste.

The cube also is used in the preparation of various stocks that are essential basics of a varied range of local dishes. They are also called as bouillon cubes.

Besides these cubes, the Indian taste maker packets also find their way in many of the vegetable preparations making it easier for the moms to stuff down the most tedious vegetables inside the bellies of their tiny tots with lesser amount of running behind them.

Besides the fact that it has maintained the taste of all its products from the very beginning, it has achieved the grueling task of keeping up the quality as well. It is definitely not easy to keep up with the increasing competition and yet maintaining such high numbers of fans and followers.

The complete package of wholesome joy and comforting taste with an added benefit of having no health issues as a complimentary carry along, it is but obvious that Maggi has won over so many hearts and continues to do so till date. 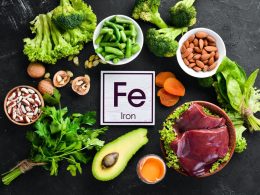 Iron is an essential mineral needed by your body 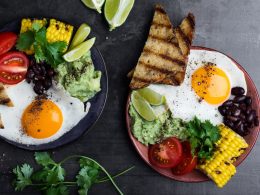 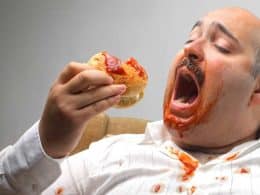 In our previous article, we saw how good nutrition can ward off cancer, help one 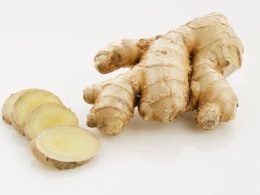 Ginger is a rhizome that has Gingerol as its active ingredient; this is what is