Maple syrup is a great natural sweetener that is believed to be safer, healthier, and more nutritious than the unrefined sugar.

However, it is essential to consider the science behind a bunch of these assertions.

This article is specially created to explain whether or not maple syrup is healthy for consumption, and indeed better than sugar.

Where does maple syrup come from?

Maple syrup is gotten from the sap, or circulating fluid of the sugar maple trees.

Maple syrup has been consumed for many decades in North America. Today, more than 80% of the world’s supply of maple syrup is now produced in Canada, the province of Quebec precisely.

There are two significant steps to the production of maple syrup:

First, a hole is drilled in a source tree (maple tree) so that its sap drops into a container.

The sap is then boiled in a pot until most of the water content evaporates, leaving a thick brown, sugary syrup, that will then be filtered to get rid of impurities.

The final product can then be stored and used to sweeten pastries and many dishes.

There are many different grades of the maple syrup, and they are characterized by color. However, the classification may differ between countries.

In the United States, for instance, maple syrup is classified as either Grade A or Grade B. In this case, grade A is further categorized into three different groups, that is dark Amber, Medium Amber, and light Amber. Grade B in the US has only one category, which is the Darkest available maple syrup.

The darker maple syrups are gotten from sap that was extracted later in the harvest season. This very dark syrups come with stronger maple flavor and are usually the better alternative for baking. The lighter ones are used directly on top of foods like waffles and pancakes.

When shopping for maple syrup, it is vital that you carefully read food labels. This is the only way you can consciously purchase original maple syrup instead of buying flavored maple syrup.

Most of the time, people end up with maple flavored syrup stinking; they have bought original maple syrup. Fake maple syrup that usually loaded with refined sugar and sometimes high fructose corn syrup.

The next question you want to ask is, what exactly sets maple syrup apart from the regular refined sugar that you have on most dining tables?

The single answer is its antioxidants and minerals.

Although maple syrup is packed with a decent amount of essential minerals, especially zinc and manganese, keep in mind that it is also a warehouse of sugar.

When consumed in excess, it is safe to say that sugar may be a top cause of a number of the world’s biggest medical problems, including type 2 diabetes, obesity, and heart disease.

The fact that you are aware maple syrup contains a small number of minerals is a feeble reason to eat it, knowing its high sugar content. Without maple syrup in the picture, most people already consume copious amounts of table sugar.

The best way to get a healthy dose of these minerals is to feed on whole foods. If you have a balanced diet daily, then you may not lack any of the nutrients.

In addition, the high sugar content of maple syrup may have a negative effect on your blood sugar levels, even though maple syrup may seem to be a better option than table sugar in that regard.

This, however, implies that maple syrup will raise blood sugar at a slower rate than regular sugar.

There is a reason why people use detox. Oxidative damage is known to be caused by free radicals and is believed to be one of the mechanisms responsible for aging and many diseases.

The antioxidants found in many foods, including maple syrup, can help neutralize free radicals and lessen the risk of oxidative damage, which potentially lowers your risk of some common diseases.

Darker syrups such as Grade B maple syrup provides more of these beneficial antioxidants than the lighter ones used as toppings.

One study suggests that replacing all the refined sugar added to the average diet with some alternative sweeteners like honey and maple syrup would up your total daily antioxidant intake the same way as eating a single serving of nuts or berries.

If you must lose weight or help your metabolic health, it would be better for you to skip sweeteners altogether rather than for maple syrup with the assumption that it is a better option.

Numerous substances that are potentially beneficial have been noticed in maple syrup.

A few of these compounds are not accurately present in the maple tree, as they form when the sap is drained of its water by boiling to create a syrup.

One of these compounds is quebecol. This substance is named after the maple-producing province called Quebec.

The active compounds present in maple syrup have been found to help slow down the growth of cancer cells and may also slow down the breakdown of carbohydrates in a person’s digestive tract.

However, human studies carried out to confirm these health effects revealed in test-tube studies are nonexistent.

Moreover, do not forget that most maple syrup studies — which are usually accompanied by misleading headlines — are often sponsored by producers of maple syrup

Even though it is true that maple syrup does contain some nutrients and antioxidants, maple syrup is also very high in unhealthy sugar.

Calorie for calorie, it is evident that maple syrup is a very weak source of nutrients when compared to whole foods like fruits, vegetables, and unprocessed animal foods.

If you choose to replace refined sugar with pure, good quality maple syrup, it is likely to provide a net health benefit, but including it to your diet will only make things worse for you healthwise.

Maple syrup is not the best sugar alternative, but it is a less harmful version of table sugar, a lot like coconut sugar. You cannot objectively label mole syrup as healthy.

If you decide to consume it, it is in your best interest to do so in moderation — just like with all other sweeteners. 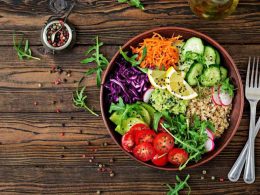 12 Human Foods You Should Not Give Your Cats 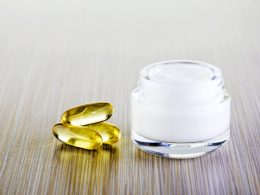 Collagen is the most substantial amount of protein in the body 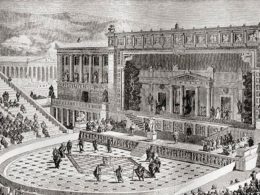 Lord Dionysus and the Dionysia Festival

Whenever we talk of culture, there are many things that come to our mind