Recently we’ve observed an increase in the number of Nollywood movies on Netflix. However, there is a complete relationship between the movie streaming giant and the Nigerian film industry that has been around for several years.

The Existence of Netflix

Netflix has existed for a long time, and while it is arguably the best network for streaming movies and TV shows, it has experienced challenges in the past.

Netflix was reportedly founded in August 1997 and was exclusively a movie rental service. Users will request a movie from your website and receive a DVD when it is released.

Netflix has now become one of the world’s leading online entertainment platforms. Today, Netflix has over 151 million paying subscribers in more than 190 countries.

History of Netflix in Nigeria

However, 2018 was a turning point for Nollywood films on Netflix, as Lionheart, a film by veteran actress and producer Geneviève Nnaji became Nigeria’s first original Netflix film.

Soon in 2019, a good number of Nollywood films, especially those that made box office numbers, were licensed to Netflix.

In February 2020, Netflix Nigeria launched. This romance between Nollywood and Netflix is ​​growing stronger as they have not only created a Twitter account specifically for Nigerian content (@NetflixNaija) but are constantly buying and downloading movies on their platform. The Netflix Nigeria original series is currently under construction.

The tweet read, “N is for Najia. N is for Nollywood. N is the fourteenth alphabet. 14 is also the amount of top talent you watch. N is for Netflix. But most important … hello Nigeria!”

Since then, Netflix has made over 40 Nollywood movies, from blockbusters like King of Boys, Chief Daddy, and Isoken to less popular films like Kasala. and taxi driver (Oko Ashewo).

As the number of Nigerian movies on Netflix grows, it might be challenging to pick the best one to watch.

We’ve picked out the top 20+ Nollywood movies on Netflix currently streaming to help you out.

The film is about Dare (played by Timini Egbuson), a wealthy and spoiled young man who finds himself somehow stuck with a less privileged pregnant woman who later struggles. The film first opened in theatres in Nigeria on Friday, October 11, 2019, and has since received two accolades at the Magic Magic Viewers’ Choice Awards (AMVCA) 2020, recently concluded. It premiered on Netflix on June 19, 2020.

From the directorial debut of veteran Nigerian actress Funka Akindele, Your Excellency’s comedy has been directed at a politician and businessman, boss Olalekan Ajadi (played by Akin Lewis) is appearing at the presidency.

Living in Bondage: Breaking Free, also known as Living in Bondage 2, is a Nigerian supernatural film directed by Ramsey Nouah and is a sequel to the 1992 Nollywood classic Living in Bondage. The film stars characters like Kanayo O. Kanayo, Enyinna Nwigwe, Kenneth Okonkwo, Muna Abii and Swanky JKA.

The film received 11 AMVCA 2020 nominations and won seven awards, including Best Feature Film, Best Director, Best West African Film and more. It originally premiered in theatres on November 8, 2019, and aired on Netflix in May 2020.

The Nimbe movie is a 2019 Nollywood film directed by Tope Alake that focuses on drug addiction. The film stars characters such as Chimezie Imo, Toyin Abraham, Odunlade Adekola, Rachel Okonkwo and Doyin Abiola, among other actors.

The film opened in Nigerian cinemas on March 29, 2019, and since then, one of the most successful Nigerian films has been released in 2019. The film was also nominated for the UK Nollywood Film Festival 2019 award, and Netflix debut started on July 24, 2020.

The film premiered at Christmas 2019 and is the fourth highest-grossing Nigerian film of all time. It was then released on Netflix on July 3, 2020.

Looking for a Nigerian rom-com movie? Then you have to see Kasanova. Acting artists such as Wale Ojo, Ireta Doyle, Abayomi Alvin and Ruby Akubueze, Kasanova’s film was directed by Oluseyi Asurf, produced by Eddy Young, and Faith Ojo stars as executive producer.

The film portrays the love story of a young man and a young woman, and their parents, as the young man’s single father falls in love with the young woman’s mother. The film was released first in theatres on September 13, 2019, and then debuted on Netflix on June 26, 2020.

After the 2018 blockbuster, it looks like Ayo Makun and his gang haven’t finished the job as they design another mission. Following the events of the movie “Happy Men: Real Yoruba Demons” in 2018. The story tells how Happy Men will deal with a mistake from their past even after deciding to live a life free from crime.

Starring Ramsey Nouah, Blossom Chukwujekwu, Toyin Abraham, Nancy Isime, Ayo Makun and others, The Millions would be among the most costly films ever made in Nigeria, with a budget of 62 million. The film is about how friends plan a robbery to move a stack of $42 million that a politician keeps in an apartment.

Written by Elizabeth Emoh and directed by Okechukwu Oku, Black Rose is a Nigerian drama about Rose, a young woman who grew up with good virtues. However, she had doubts about her character when she fell in love with a man named Desmond.

The film stars artists such as Blossom Chukwujekwu, J.K.A Swanky, Echelon Mbadiwe, and Betty Bellor, among others.

Hotel Royal Hibiscus is a 2017 Nigerian romantic comedy film directed by Ishaya Bako and produced by production house Ebonylife. The movie debuted at the 2017 Toronto International Film Festival (TIFF) on September 8, 2017, after which it hit Nigerian theatres on February 10, 2018.

The story tells the story of a disappointed London chef who travels to Nigeria to fight his matchmaker mother and rebuild a dilapidated family hotel. However, her heart breaks when she finds out that the man she loves buys her.

Hire a Woman is another Nollywood romantic comedy film that is currently available for viewing on Netflix. The film was produced and directed by Eze de Chinney and Ifeanyi Ikpoenyi.

He has performed, among others, in artists such as Model Arukwe, Nancy Isime, Bellinda Effah, Alexx Ekubo, Ifu Enadda, Mike Godson and Eric Nlewedim of Big Brother Nai.

The film is one of the best in the Hire a Man movie, released in 2017 and achieved worldwide box office success with € 820.8 million. It was released and became the highest-grossing film in Nigeria in March 2019.

The film results from a collaboration between Dioni Visions and Inkblot Productions Omoni Oboli, which is his second film after Moms of War 2018. The film portrays the story of a couple competing for the governor’s office.

Directed and written by Abba Makama, The Lost Okoroshi is a Nollywood adventure drama that tells the story of a security guard who awakens and transforms into a mute, purple spirit.

The film stars Judith Audu, Seun Ajayi, Tope Tedela, Ifu Ennada and Demi Banwo, among others. It first premiered on September 6, 2019, in Nigerian theatres and then debuted on Netflix on September 4, 2020.

If you haven’t seen King of Boys Part 1 yet, Netflix is ​​your best option to watch one of the best Nigerian movies ever made.

King of Boys is a Nigerian thriller co-produced and directed by the brilliant Kemi Adetiba, following her success as a director in the 2017 film Wedding.

The film was released on October 26, 2018, and has been a hotbed in the Nollywood film industry ever since. He debuted on Netflix a year after his release in the film.

Written and directed by Akinyemi Sebastian Akinropo, Coming Out of Madness is a Nigerian comedy-drama that follows the story of a young servant Kossi, who grows up finding ways in the art of making counterfeit money. However, not all turned out well for the youngsters as it was put on the EFCC’s radar.

The Bling Lagosian is a Nollywood drama film written by Anthony Kehinde Joseph and directed and produced by Bolanle Austen-Peters.

On June 28, 2019, the film premiered and told the story of a wealthy family from Lagos and their mother, Mopeloli (played by Elvina Ibra).

He is preparing for his 51st birthday despite some individual arguments and fights between members of his family. It debuted on Netflix on October 11, 2019.

The film is about Mabel King (played by Kate Henshaw), a politician who ran for governor while suffering the consequences of violent and fraudulent elections that resulted in the death of her campaign leader Sikiru (Jide Attah).

The film was screened in Nigerian cinemas on April 12, 2019. It was shown at seven Nigerian universities in collaboration with the Independent National Electoral Commission (INEC) and Enough (EiE Nigeria) to combat the electoral violence. The film debuted on Netflix on June 13, 2020.

Based on the story of a young woman who leaves her childhood virginity to risk a crime to survive, The Set-Up is a Nigerian crime film directed by Niyi Akinmolayan and written by Chinaze Onuzo.

Directed and written by Bodurin Sasore, God Call is a 2018 Nigerian drama film about a young woman traumatized after losing her daughter in a fire that caused her to kill herself but was saved by God’s intervention.

The award-winning film portrays the story of two young men, Wale and Chike (played by Gabriel Afolayan and Kunle Remi), who seek out the “Golden Statue”, whom they believed to be a deity inherited from their generation.

The film opened in Nigerian theatres on May 17, 2019, and is available on Amazon Prime Video.

Here are more Nollywood movies on netflix, do let us know in the comment section if we miss your favorite. 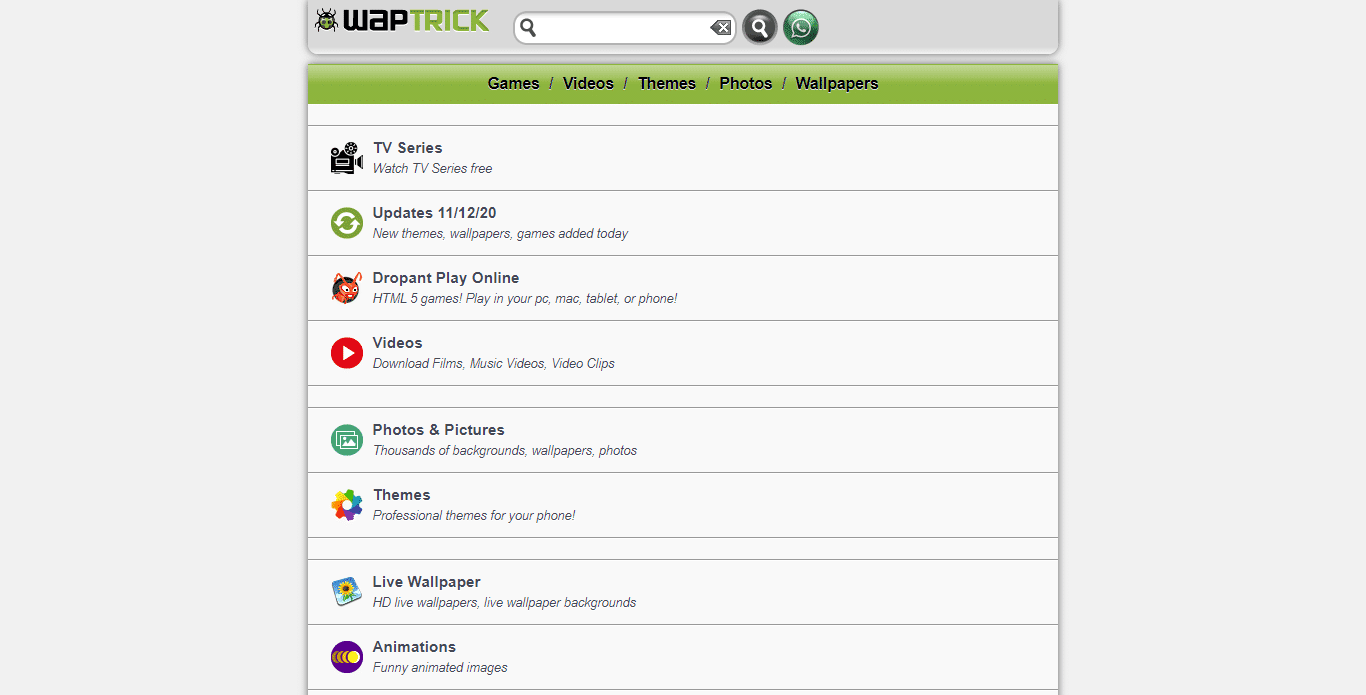 Waptrick is a platform for downloading media such as Movies, Games, audio files and video files. It is…

15 Best Offline Action Games for Android to Play in 2021

Music is food for the soul. It is more than a form of entertainment that keeps our company…