Is Oats the World’s Healthiest Food?

Scientifically speaking, Oats (avena sativa), are a cereal grain which can practically grow everywhere and is able to withstand poor soil conditions – where most other crops refuse to grow.

Oats owe their distinct, nutty flavour to the roasting process which they undergo after being harvested and cleaned. Although they are hulled, this process does not remove their bran and germ which means that they are able to retain all their nutrients and fibre.

There are two distinct types of oats – rolled and steel cut. Well technically there are three, the third being conventional old-fashioned oats; but they take more than an hour to cook so you won’t find them at your regular supermarket.

Rolled oats are where oats have been flattened by a roller and then cooked by steaming and toasting. They cook faster than normal and steel cut oats.

Steel cut oats on the other hand, are oats whose grain portion has been cut into smaller pieces and makes more of an incoherent porridge when cooked. But the good news is that all types of processed oats have the same nutritional value!

Or in general terms, oats and the typical dish they are made into – oatmeal is one of those foods that you instantly know is good for you even if you don’t really know why.

Maybe it’s because they aren’t heavily processed like most grains these days such as white rice and bleached white flour? In either case, oats are generally eaten for breakfast by cooking them with water or milk.

That’s not to say oatmeal is a boring food, far from it! Oats can be prepared in a number of ways, ranging from cinnamon apple oatmeal to oatmeal cookies, bread infused with oats, oatmeal pancakes and waffles or even oatmeal apple pie!

The thing about oatmeal is that it gives you a blank, white canvas onto which you can paint your breakfast with various additions such as nuts and fruits. It can even be savoury or sweet. Oatmeal is such a versatile food item and maybe that’s why it’s such a popular, yet healthy breakfast item.

Why are oats so good for you?

Oatmeal not only contains a vast number of vitamins and minerals such as folates and thiamine but thy also contain antioxidants, proteins, fiber and healthy complex carbohydrates.

Specifically, oats contain beta glucans which are a type of soluble fibres that slow down the absorption of carbohydrates into the bloodstream. This slowed down digestion prevents your blood sugar levels from spiking and instead, it maintains a rather uniform influx of sugar into the blood throughout the day.

It inherently prevents conversion of blood glucose into fat and it’s storage in the body. Since oats are able to stabilize your blood sugar, it substantially lowers the risk of type 2 diabetes.

One cup of oats contains nearly 6 grams of protein and 4 grams of digestive fibre. One cup also contains nearly 70% of your daily requirement of manganese which is a mineral required for bone formation.

Furthermore, oats are a rich source of magnesium which is necessary to produce enzymes needed for energy production and helps prevent high blood pressure by relaxing blood vessels and heart muscles.

Another beneficial feature of oats is that they help reduce your bad LDL cholesterol levels due to it being high in soluble fibre. This drastically reduces your risk of cardiovascular disease and hypertension.

It also simultaneously increases your good HDL cholesterol levels. It’s a win-win situation with oats. And studies have been conducted over the years to back-up these facts.

Well then, how much should I eat?

The typically recommended portion size for rolled oats is around 1/4th to ½ cup and less for steel cut oats. They can be cooked on a stove, in the microwave or even baked in the oven. Generally, they take only a few minutes to cook to consistency.

This is because most oats have already been partially cooked before packing as raw oats take forever to cook!

Most people don’t like the taste of plain oatmeal cooked in water or milk; so it is generally recommended to add fruit and nuts such as bananas, apples, berries and almonds or walnuts. If you’re looking for something savoury, you could add some spices and curd.

Cinnamon adds a wonderful heat and is supposedly good for those watching their weight!

What about instant oatmeal?

As mentioned above, all types of oatmeal have the same nutritional value. However, instant oatmeal is usually packaged into small packets with added sugar, flavourings and preservatives. All these unwanted additions only serve to undo the health benefits of oatmeal!

Plus, instant oatmeal generally cooks too fast – to the point that it is usually over cooked and acquires a very mushy texture with a bad mouth feel. But for those in a hurry, instant oatmeal is a great option – if chosen wisely based on sugar content.

If I haven’t been able to convert you into an oat-meal fanatic after telling you about the innumerable benefits of oatmeal, you can at the very least substitute part of the white flour you use while cooking and baking with oat flour.

All oat flour is, is just rolled oats which have been finely ground. Oat flour can convert your typical unhealthy breakfast of white flour pancakes into something that has some nutritional value.

To get your taste buds watering and to kick-start your healthy lifestyle of oat consumption, I’ll leave you with a photo of tantalizing oatmeal chocolate chip cookies. 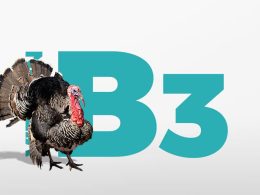 Vitamin B-3 (Niacin): Sources, Benefits, and Side Effects 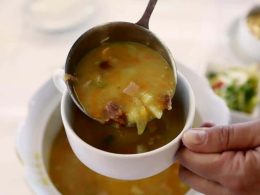 What is a Bland Diet? 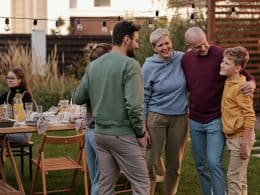 Thanksgiving Favorites With a Healthy Twist

Thanksgiving is a brilliant occasion 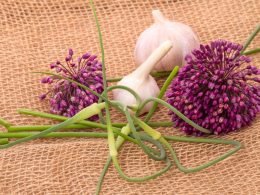 When garlic comes to mind, all that most people think of are the bulbs or cloves