Humans usually avoid poisonous plants because we know they are dangerous to our health and wellness. But you are about to discover that some of the so-called safe foods you eat almost every day and poisonous.

Sounds scary yes?  Do not fret, at least you haven’t died from consuming any of these foods yet. Fruits and vegetables are our havens when it comes to eating clean.

You must have heard or read about the dangers of feeding on canned food and microwaved foods but what you probably didn’t know is that looks can be deceiving, and your haven isn’t so safe after all.

Brace yourself for this bumpy ride

Apples are very nutritious fruits, and almost everyone loves to nibble on their tasty flesh. But as good as they can be for your health they can also be deadly.

Oh no! not their meat, I mean their seeds. Those tiny little seeds inside an Apple are very poisonous.

Apple seeds contain a substance called Cyanide, and that substance is dangerous to the human body. Other fruits like peach and apricots that have seeds similar to the Apple seeds also contain the poisonous substance.

Cyanide has been discovered to be used for several murders and even Suicide.

Yes, you already know some mushrooms are poisonous. It is easy to identify some toxic mushrooms because of how beautiful those deadly things can look.

But then, one of the world’s deadliest mushroom called the “death cap” seems no different from that of several regular edible mushrooms.

The death cap can hardly be identified, and it has caused the death of some trendy people in history.

Eating potatoes is like nibbling on a piece of heaven especially when they are made into chips to go with chicken. Who would ever think that potato poisoning is even a real thing?

To our surprise, these delicious little buddies are capable of causing unimaginable harm to the human body.

Potato poisoning isn’t widespread but when it is eaten green, or worse still when the sprouts are consumed, there is a sure chance of poisoning. Solanine is dangerous to the human body and can cause damage even in small quantities. There have been a few reports of potato poisoning.

Almost every kitchen has nutmeg in it. It is one of the most popular spices in the world. Asides using nutmeg as a spice it shouldn’t be eaten in large quantities. Even a teaspoon of it can be very toxic when consumed.

Nutmeg and mace have been discovered to have aphrodisiac and psychoactive properties that only a few people are aware of.

Eating a high quantity of nutmeg can abort a pregnancy, cause mouth dryness, nausea, vomiting, and even elevated heart rate. There are side effects that can last for up to a week or even longer and these side effects are lack of concentration and loss of balance.

Cashew is a luscious fruit, and their nuts are equally good on the taste buds, but you do not want to eat the Cashew nuts raw.

In some parts of Africa, the Cashew nuts are used for drawing tattoos because of the harsh chemical substance the nuts contain.

Ingesting the toxic substance contained in raw cashew seeds can give the same effects a poison ivy gives. Very deadly! The Cashew tree and other trees in its family have the same poisoning quality as the poison ivy.

Tomatoes poisoning is too good to be true you may say, but it is not impossible. We consume large quantities of tomatoes almost on a weekly basis and still no sign of poisoning, so where did this theory come from?

Well, it is true that no report of tomatoes poisoning has been recorded yet, but it is also true that the tomato plant contains a toxic that is called tomatine in Its stem and leaves.

In other words, the tomato fruit itself is safe to consume. Well, there are a couple more foods that are dangerous to the human body, but because we do not know that they are harmful, we eat them.

This article should not stop you from enjoying your foods the way you like them. However, you should be careful not to consume food in qualities that are harmful. 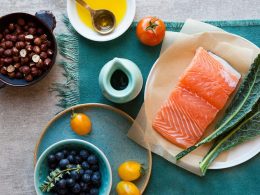 11 Foods That Can Quickly Help You Build Muscles

While some people are consistently doing all it takes to burn excessive fat, 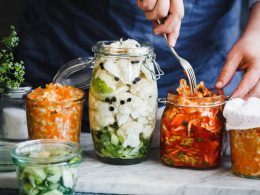 10 Probiotic-rich Foods That Are Super Healthy

Probiotics are microorganisms that exist naturally in the digestive tracts and 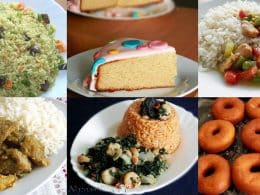 Planning for the upcoming Christmas? 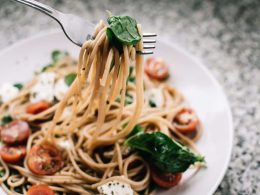