These animals are a type of ground squirrel native to North America.

In Mexico, you can find prairie dogs primarily in the northern states, which are at the southern extreme of the Great Plains: North and northeastern Chihuahua, northeastern Sonora, north of nuevo león, north of Tamaulipas, and northern Coahuila.

In the United States, prairie dogs range primarily to the westside of the Mississippi River, though they also have been introduced to a few eastern locales.

These rodents can also be found in the Canadian Prairies. Regardless of the name, they are not really canines.

Prairie dogs are mainly herbivorous rodents, though sometimes they eat some insects. Just like rabbits, they feed primarily on grasses and small seeds.

In the fall season, they feed on broadleaf forbs, while in winter, lactating and pregnant females prairie dogs supplement their diets with snow to get their water requirement. They also feed on fruits, roots, seeds, and buds. Prairie dogs also eat grasses of various species.

An exciting thing that has been noticed about White-tailed prairie dogs is that they kill ground squirrels, which are a competing herbivore.

Prairie dogs are known to live primarily at altitudes from between 2,000 to 10,000 ft above sea level.

The places where they live can get as hot as 38 °C (100 °F) in the summertime and can get as cold as −37 °C (−35 °F) in winter. Because prairie dogs live in places that are prone to environmental threats such as blizzards, hailstorms, floods, drought, and even prairie fires, burrows offer them essential protection.

Prairie dogs can control their body temperature with burrows (Thermoregulation) as they are within temperatures of 5–10 °C during the winter season and 15–25 °C in summer.

The tunnel systems of Prairie dogs can channel rainwater into the water table, and that prevents runoff and erosion, which can also alter the composition of the soil in an area by reversing soil compaction that can be as a result of cattle grazing.

One feature of most Prairie dog burrows is that they have up to six entrances. At times, the entrances to tunnels are flat holes in the ground, while at other times, the entries have mounds of soil that are either left as piles or hard-packed.

Both the dome craters and rim craters are used as observation posts by prairie dogs to watch for predators. These types of entrances also protect their burrows from flooding.

These holes also provide ventilation sometimes as the air passes through the dome crater and goes out through the rim crater, causing an easy breeze through the burrow.

All Prairie dog burrows have chambers to offer certain functions. They have separate nursery chambers for their babies, chambers for night activities, and chambers for winter.

Prairie dogs also have air chambers that may act as protection for the burrow from flooding and also works as a listening post for predators.

When these rodents are hiding from predators, they use less-deep chambers that are mostly no more than a meter below the surface.

Nursery chambers may be more in-depth, often about two to three meters below the surface.

The prairie dog family groups are the most primary units of its society. Members of a family group living in the same territory.

Even though both family groups are similar in many ways, coteries tend to be a lot more closely knit than clans.

As a show of unity and love amongst members of a family group, they interact through oral contact that can also be called “kissing,” and they groom one another. They never perform such behaviors with prairie dogs from outside their family groups.

A single prairie dog town may have as many as 15–26 family groups.Towns may also feature subgroups it, known as “wards,” which are set apart by a physical barrier. Family groups exist within these wards.

Females do not leave their natal groups for life, and that is what makes them the source of stability in the groups.

Males go away from their natal groups when they come of age in order to find another family group that they can defend and breed.

In the former, the reason why the males can relate in a friendly manner is that they tend to be related, while in the latter, they are usually not related.

A group of two to three females may be controlled by a single male prairie dog. However, among the female groups in both cases, there are no friendly relations.

The resident male protects every prairie dog territory, and there will be antagonistic behavior between two males of different families when necessary to defend their territories.

These aggressive interactions may occur as many as 20 times per day and last for five minutes.

When two male prairie dogs encounter each other at the boundaries of their territories, they will begin to star, flare their tails, make bluff charges, chatter their teeth, and even go as far as sniffing each other’s perianal scent glands.

During a fight, prairie dogs will kick, bite, and ram each other. If the competitor is about their size or smaller, it becomes a gang fight as females will join in the fighting.

Otherwise, wherever a competitor is sighted, the only thing the females do is to signal for the resident male.

The prairie dog is secretive with copulation activities as it mostly occurs in the burrows, and the good thing about this hidden act is a reduction in the risk of getting interrupted by a competing male.

They stand a lesser chance of predation. Behaviors that show that a female prairie dog is in estrus include self-licking of genitals, dust-bathing, underground consorting, and late entrances into the burrow at night.

There is also a mating call used by prairie dogs consisting of a set of 2 to 25 barks with a pause of between 3- to 15-second between each bark. Females may attempt to increase the success of their reproduction by mating with males outside their family groups.

Once copulation ends, the male prairie dog is no longer interested in getting sexual with the female but will prevent other males from getting sexually involved with her by inserting copulatory plugs.

For black-tailed prairie dogs, if there is a single resident male of a family group, it automatically father’s all the young. Multiple paternity in litters has been found to be shared in both Utah and Gunnison’s prairie dogs.

Males prairie dogs do their part by supporting the territories and burrows. The young prairie dogs spend their first six weeks in the hole being nursed by the female.

The young are then weaned and start to surface from the burrow. By the time they get to five months, the young prairie dogs are fully grown.

There is also the subject of cooperative breeding in prairie dogs which has been debated among biologists for a long time.

Some biologists have argued that prairie dogs will feed and defend youngs that are not theirs, and it seems that young prairie dogs will sleep in a nursery chamber with other adult females; since most of the nursing of this species occurs at night, this may be a situation of communal nursing.

In the case of the latter, others have suggested that communal nursing happens only when mothers mistake youngs belongings to another female for their own. Infanticide is also known to occur amongst prairie dogs.

New males who take over a family group are likely to kill the offspring of the former male. This will make the mother go into estrus sooner. However, most cases of infanticide are perpetrated by close relatives.

Lactating females are known to kill the offspring of a related female to decrease competition for that female’s offspring and to increase foraging area as a result of the decrease in territorial defense by the weaker mother.

Biologists who support the theory of prairie dogs being communal breeders have stated that another reason for such cases of infanticide is so that the female prairie dogs can get a helper.

With their offspring killed, the victimized mother may assist in raising the young of other females.

The prairie dog knows a predator because they are well adapted to predators.

With its dichromatic color vision, a prairie dog can detect predators from a far distance; it then goes ahead to alert other prairie dogs of the presence of danger with a special, high-pitched call.

Constantine Slobodchikoff and others have asserted that prairie dogs have a sophisticated system of vocal communication which they use to describe specific predators.

According to them, every prairie dog calls contains particular information as to what kind of predator they are dealing with, how big the predator is, and how fast it is approaching. These calls have been described as a type of grammar.

According to Constantine, these prairie dog calls, coupled with their individuality in response to a particular predator, means that prairie dogs have well developed cognitive abilities.

He also noted that prairie dogs have special calls for things that they do not see as predators to them. This is cited as proof that the rodents have a very descriptive language as well as unique calls for any potential threat.

Alarm response behavior among prairie dogs varies according to the type of predator approaching them.

If the alarm signifies a hawk diving toward the colony, all the prairie dogs in the hawk’s flight path dive into their holes, while those outside the flight path will be seen standing to watch.

If the alarm is for an approaching human, all members of the colony rush inside the burrows immediately.

For coyotes, all the prairie dogs will move to the entrance of a burrow where they will stand and observe the coyote, while the prairie dogs that were inside the tunnels will run out to join the ones already standing to watch as well.

For domestic dogs, the response from prairie dogs is to observe while standing in the same place where they were before the alarm was sounded, with the underground prairie dogs also coming out to watch.

There is an ongoing debate over whether the alarm calling the behavior of prairie dogs is a selfish or selfless one. These rodents may alert others to the presence of a threat so they can protect themselves.

However, there is also a chance that the calls are prairie dog calls are meant to cause panic and confusion in the groups and cause the other rodents to be more conspicuous to the predator rather than the caller.

Studies of the black-tailed prairie dogs also suggest that alarm-calling is a method of kin selection, as it has been noticed that a prairie dog’s call often alerts both offspring and non-descended kin, like cousins, nieces, and nephews.

Prairie dogs who had kin close by called out more often than their counterparts that did not have. Also, the caller may be trying to make itself more visible to the predator.

However, predators seem to find it challenging to determine which prairie dog is making the call because of its “ventriloquistic” nature.

We may agree that the most striking of all the prairie dog’s mode of communications is the territorial call or the “jump-yip” display of the black-tailed prairie dog.

The black-tailed prairie dog will throw forefeet into the air while stretching the length of its body vertically and making a call. When one prairie dog makes a jump-yip, it causes others nearby also to create one. 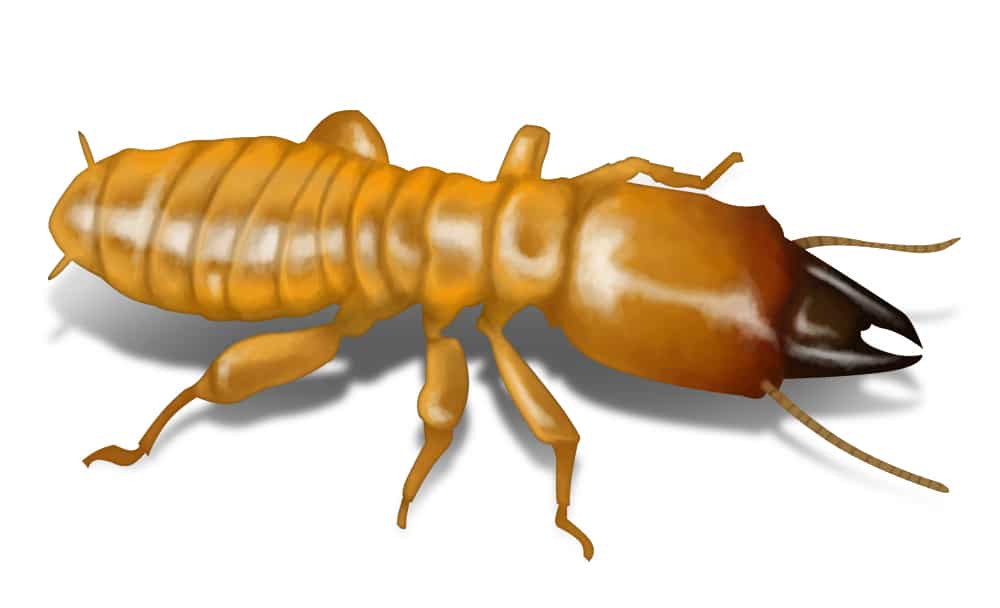 The Dampwood termites make a small, primitive family Termopsidae of the termites

When you think of tortoise, the first thing that comes to most people’s mind is 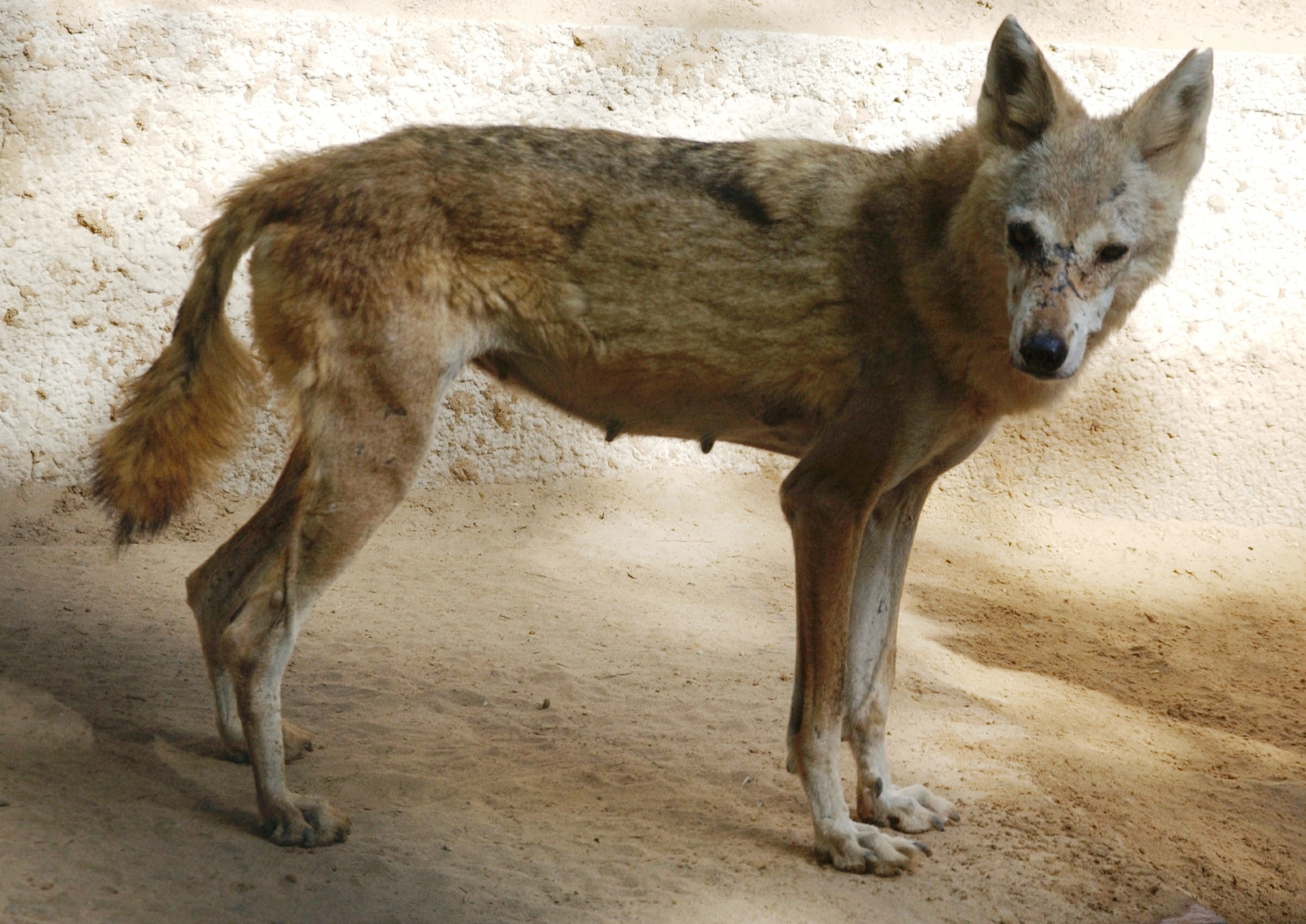