It’s understandable to question who Nigeria’s wealthiest politician is. Nigeria is a resource-rich and diverse country. Nigerian politicians are possibly the richest in the world.

Although politics accounts for most of their riches, they have also ventured into other enterprises that have helped them retain and build their fortune.

Based on available information, this article will discuss Nigeria’s top ten wealthiest politicians. Nigerian politicians are among the country’s most powerful figures.

The majority of Nigeria’s richest politicians do not reveal all of their assets and are more affluent than the general public is aware of.

They are the world’s highest-paid politicians.

Bola Tinubu is one of Nigeria’s wealthiest politicians. On March 29, 1952, he was born. Jagaban is his famous moniker.

He worked with several companies in the united state like Arthur Andersen, Deloitte, Haskins & Sells, and GTE Services in United States.

Bola Tinubu returned to Nigeria in 1983 and joined Mobil Oil Nigeria, where he later rose through the ranks to become a senior executive.

He first entered politics in 1992 as a member of Shehu Musa Yar’Adua’s People’s Front in the Social Democratic Party.

He was elected as a Senator in the Nigerian Third Republic, serving the Lagos West Constituency until late 1993.

Bola Tinubu holds the titles of Asiwaju of Lagos State and Jagaban of the Borgu Kingdom in Nigeria’s Niger State. Oluremi Tinubu, a senator from Lagos State’s Central Senatorial District, is his wife.

He is also the National Leader of Nigeria’s ruling party, the All Progressive Congress (APC), and has stated interest in running for President in 2023. He was Lagos state governor from 1999 to 2007.

Bola Ahmed Tinubu is worth an estimated $8 billion dollars.

Bola Ahmed Tinubu’s landed properties in Nigeria are valued at over 120 billion Naira, including his mansion at Bourdillon Drive, Ikoyi, Lagos, which is valued at 5 billion Naira.

He has a 600 million Naira G-Wagon, two other Mercedes Benz, a Range Rover, a Lexus LX550, a $60 million Bombardier Global Express XRS, and other undisclosed luxury automobiles.

Jagaban, like other politicians, has had his share of stumbling blocks, the most recent being a lawsuit filed in September 2018 against his consultancy firm, Alpha Beta, for money laundering, tax evasion, and fraud by its managing director/CEO.

Another was the sandal in early 2020 when Jagaban was charged with being a part of a white heroin trafficking network in the United States between 1988 and 1993.

From 1985 to 1993, his period in office was seen as one of the most contentious in the country’s military history. In Nigeria, it was marked by the establishment of a corrupt political culture.

His dictatorship was accused of laundering at least $12 billion, which he rejected publicly. He is well known for annulling the June 12, 1991 election, in which Moshood Abiola was supposedly declared the winner, an event commemorated as Democracy Day.

IBB is now a political godfather who governs his Minna house from behind closed doors with his loyal friend General Abdulsalam Abubakar. Ibrahim Babangida’s net worth is believed to be $5 billion.

Education, telecommunications, and investments are among his other sources of income. He is the owner of Ibrahim Badamasi Babangida University in Lapai, Niger Delta, and 24 percent of Nigeria’s second-largest telecommunications network GLOBACOM.

He is suspected of concealing a multibillion-dollar fortune by owning interests in multiple Nigerian companies in succession.

Rochas Okorocha is one of Nigeria’s wealthiest politicians. On September 22, 1962, he was born. He was a successful businessman.

He was a member of the National Constitutional Conference and a commissioner on the Federal Character Commission.

When democracy was restored in 1999, he ran for Imo State governor in the PDP (People’s Democratic Party) primaries but was defeated by Achike Udenwa.

He was designated as the PDP’s Special Adviser on Inter-Party Affairs by former President Olusegun Obasanjo. He became governor of Imo State in 2011 and was re-elected in 2015.

Okorocha is one of Nigeria’s wealthiest politicians, with an estimated net worth of $1.5 billion. He also founded the Rochas Foundation, a non-profit organization that grants scholarships to poor Nigerian children.

He has luxury cars, some of which include Lexus LX570. Rolls-Royce Phantom, a Mercedes-Benz S600, a Mercedes-Benz Klassen V220, he also owns two private jets, including a Learjet 45 valued at 700 million Naira.

He, like other Nigerian politicians, has had his share of scandals. Okorocha was accused in June 2019 of stealing.

Ifeanyi Ubah is a Nigerian politician who is one of the country’s wealthiest On September 3, 1971, Ifeanyi Ubah did not get wealthy through politics; before entering politics, he was a successful hard-core businessman.

Ifeanyi Ubah had to leave out of school to become a trader, and at the age of 19, he made his first million. In the year 2014, he contested for the governorship election in Anambra State but lost to his opponent.

Senator Ifeanyi Ubah is a member of the National Assembly who represents the Anambra South Senatorial District. With a net worth of $1.7 billion, Ifeanyi Ubah is Nigeria’s wealthiest politician.

Oil and gas, print media, and large commercial ventures are among his other sources of income. He is the CEO of Capital Oil and Gas Limited, which he founded in 2001, which exports motor tires and spare parts primarily to West African countries.

Such as Ghana, Sierra Leone, Liberia, the Democratic Republic of the Congo, and some European countries such as Belgium and the United Kingdom.

Atiku Abubakar is one of Nigeria’s wealthiest politicians. On November 25, 1946, he was born. In 1990 and 1998, he ran for Governor of Adamawa State but lost both times.

In 1998, he expressed interest in running for President but was defeated when General Sani Abacha forced all five political parties to back him (Abacha).

During the 2019 general elections, Atiku Abubakar was a well-known and respected challenger to President Muhammadu Buhari.

For nearly two decades, Atiku Abubakar worked as the Comptroller of Customs, serving under both civilian and military regimes.

He is one of Nigeria’s wealthiest politicians, with a net worth of $1.4 billion. He started Nigeria Container Service while working for the Nigerian Customs Service (INTELS).

In Nigeria, he is involved in a wide range of businesses, including beverage, media, and education. He founded the American University of Nigeria in 2005.

He has a Mercedes S550, a Lexus 570, a Toyota Land Cruiser, a Range Rover, a Rolls Royce, an Embraer Phenom 100 private plane valued at over $4.1 million, and other high-end vehicles.

His logistics company INTELS was suspected of laundering over $100 million into the US between 2000 and 2008, which was one of the problems he has faced.

OBJ, or Baba as he is often known, is one of Nigeria’s wealthiest politicians. On March 5, he was birthed in Ogun state, Nigeria, Nigeria.

In 1974Olusegun Obasanjo was the Federal Commissioner for Works and Housing, while in 1999, he was the Federal Minister of Petroleum Resources and he is currently a politician’s watchdog.

He specialized in engineering while serving in the Nigerian Army, which led him to the Congo, the United Kingdom, and India. In the 1960s, they were instrumental in ending the Nigerian Civil War.

During the Sani Abacha dictatorship, he was imprisoned. He carried on Murtala Mohammed’s ideas and handled budgetary cuts that resulted in Nigerians having more access to free school education.

He was dedicated to restoring democracy in Nigeria, and he presided over the 1979 election, turning over authority to Shehu Shagari, the then-elected President.

Olusegun Obasanjo has a net worth of $1.6 billion, making him one of Nigeria’s wealthiest politicians. His other sources of wealth include agriculture, oil and gas, and other activities.

He holds a PhD in theology from Nigeria’s National Open University, has four publications to his credit, and has participated in international endeavors to settle numerous African crises.

He owns Otta farms, one of West Africa’s largest poultry farms, and is involved in about 6.5 percent of Nigeria’s total significant oil production, marketing, and distribution.

Olusegun Obasanjo owns numerous fleets cars like a Toyota Land Cruiser, a Bombardier Challenger 300 plane, Mercedes-Benz S63 Sedan, a Lexus 570, a Toyota Highlander 2017, and a helicopter, all worth approximately $42 million.

Orji Uzor Kalu is a Nigerian politician who is one of the country’s wealthiest. On April 21, 1960, he was born. Before entering politics, he was a business magnate and he also served as a governor in Abia state in the year 1997 through 2007

Since 1999, Uzor Kalu has been a member of the Peoples Democratic Party (PDP), the Progressive People Alliance (PDP), and the PPA Board of Trustees Chairman.

He ran for President of the People’s Party of America in the 2007 general election. According to statistics, Orji Uzor Kalu has a net worth of $1.1 billion.

Print media, oil, and gas are some of his other sources of revenue. He holds a large stake in Aba’s Enyimba FC and is the chairman of The New Telegraph, The Daily Sun, and SLOK Holdings.

Uzor Kalu has exotic homes in Abia State, Maryland, the United States of America, and other desirable locations across the world.

He owns a Mercedes S550, a Mercedes C Class, a Bentley, a Range Rover, and around seven private jets, including the Gulfstream G560 and the N7-OUK.

He works as a politician, quantity surveyor, and entrepreneur. He was elected leader of the People’s Democratic Party in 2014. (PDP).

He worked for the Bauchi State Investment and Property Development Company as a property manager. He prefers to keep a low profile.

Thus, the properties he owns both inside and outside of Nigeria are unknown, but his automobiles include a Lexus LX570, Range Rover Discovery, Toyota Sequoia, Rolls Royce Phantom, Mercedes G550, Ford Vintage, and other high-end vehicles.

The business that built the mansion where the EFCC recovered over $50 million cash from hidden fire-resistant cabinets in Ikoyi said the house belonged to Adamu Mu’azu in 2019, but he denied all the claims.

Melaye is one of Nigeria’s wealthiest politicians. On January 1, 1974, he was born. He is known for being the funkiest and engaging Nigerian Senator ever.

He entered politics in the early 2000s after being appointed by President Olusegun Obasanjo. He was the Senate Committee chairman on Foreign Trade Relations and Transportation.

He represented the Kogi West senatorial constituency in the 8th Nigerian National Assembly until he was discharged by the Kogi State gubernatorial election tribunal in late August 2019.

His estimated net worth is $800 million. Real estate and franchise acquisition are two of his other sources of revenue.

Little is known about his investments, but he owns real estate and has indicated that his McDonald’s franchise has been a huge success, paving the way for more franchises.

He has properties all around the world, but one in Abuja is particularly notable.

Melaye is a famous car collector, with a 2020 Lamborghini Aventador Roadster, a McLaren MP14, a Bugatti Veyton, a Porsche Panamera, a Range Rover, a Bentley Continental, a Mercedes G-Wagon, a Chevrolet Corvette, three Rolls Royce, a Lamborghini Huracan, and other high-end vehicles among his collection.

Melaye is notorious for several scandals and political disputes, including his threat to assault Senator Oluremi Tinubu and impregnate her on the Senate floor.

Saraki is one of Nigeria’s wealthiest politicians. He was born on December 19, 1962. he was once the chair of the Nigeria national assembly and also one-time President of the senate.

He indicated his interest in running for President of the Peoples Democratic Party (PDP) in the 2019 election but was defeated in the primaries by Atiku Abubakar.

His estimated net worth is $800 million. Agriculture and oil and gas are two of his other sources of wealth. African Petroleum, Oando, Airline Catering, Central Petroleum, Gensoft, All Africa Media, Merrill BBH Fund, and others are among his agricultural ventures and stock holdings in Europe and Africa. He owns two residences in London and a mansion in Lekki Phase 1. He owns an S320, E329, G500 AMG, ML240, V220, CLK320, E300, and a Lincoln Navigator, among others (Bulletproof).

This is not an exhaustive list, and Several politicians are considered to be among Nigeria’s wealthiest who are not included on this list.

Vince McMahon Net Worth and Biography 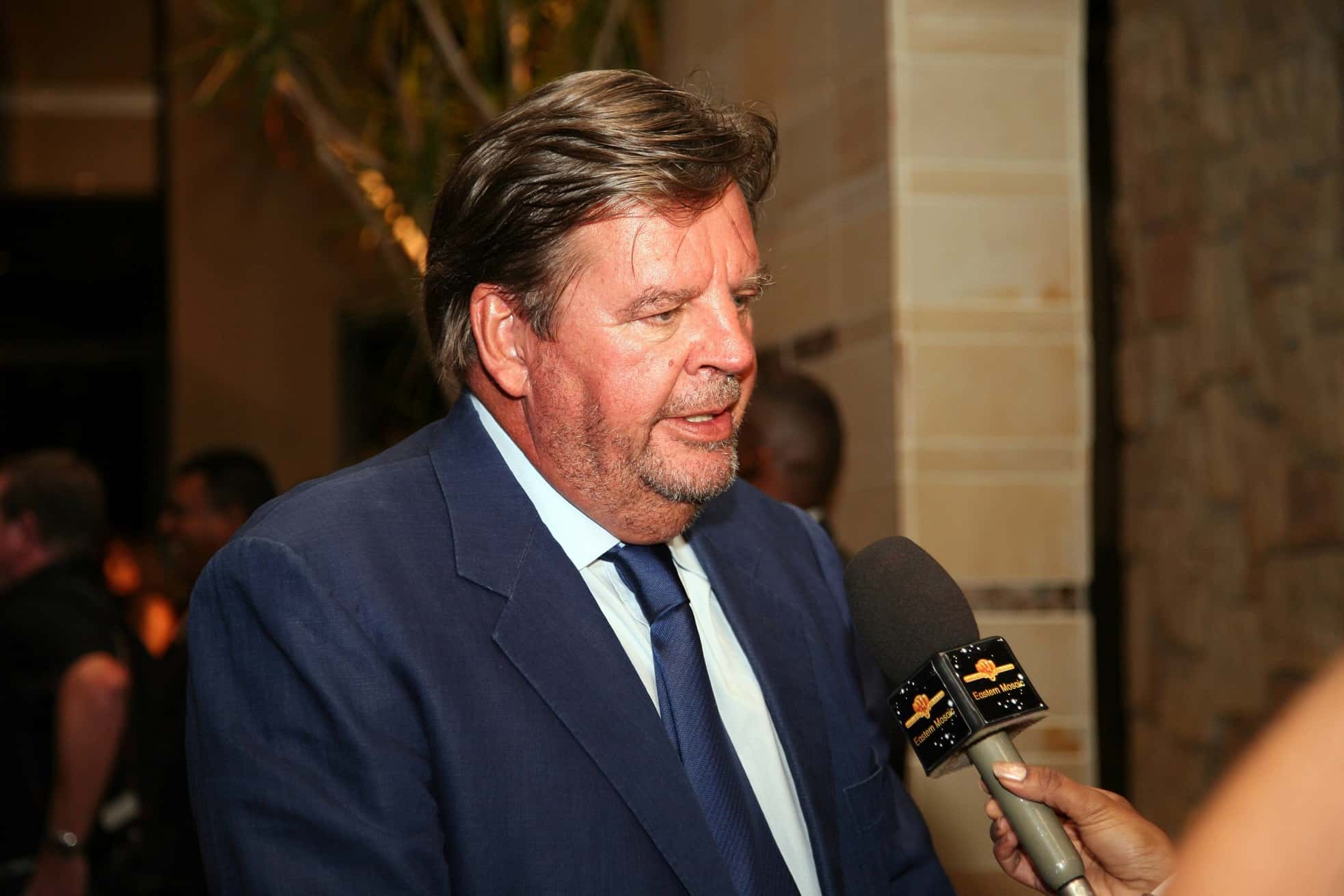 Johann Rupert Net Worth and Biography

Obafemi Martins Net Worth and Biography

Obafemi Martins is a popular professional Footballer who previously played for 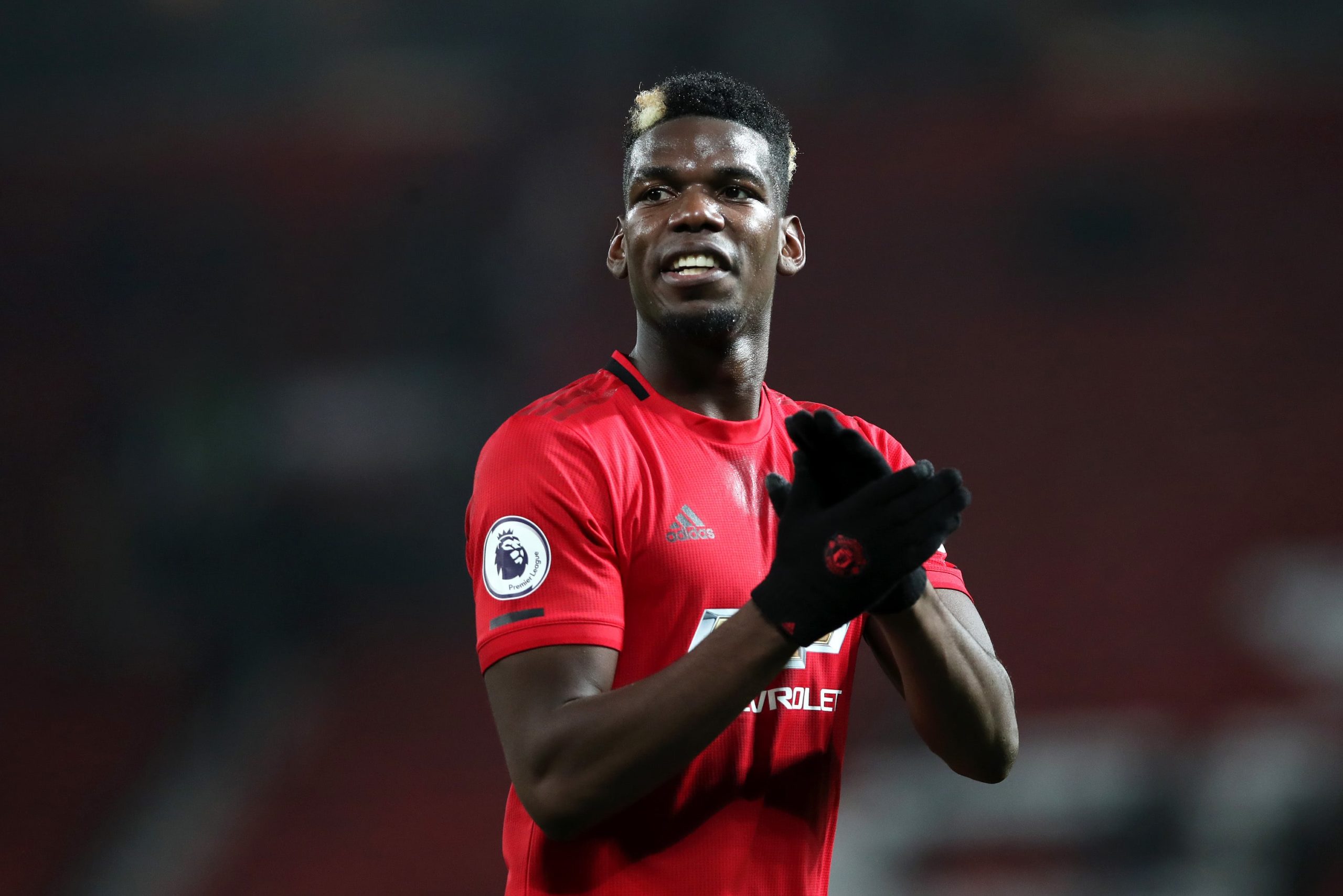 Paul Pogba Biography and Net Worth