The sable (Martes zibellina) is one of the marten species, a small omnivorous mammal mainly in Russia’s forest area, from the Ural Mountains in Siberia and northern Mongolia.

It can also be found in Eastern Kazakhstan, China, North Korea and Hokkaidō, Japan. Its wilderness range initially spread to Poland and Scandinavia throughout Europe.

Historically, it has been hunted for its highly prized dark brown or black fur, which remains a privilege to this day.

Although hunting is still prevalent in Russia, most of the fur on the market is currently commercially farmed.

The sable is a larger component of the martin genus that lives in Russia and the northernmost areas of Japan and China.

The sable is an omnivorous opportunist who feeds on fish, small mammals, berries and the scraps left by wolves and bears.

Although the sable is often farmed, it is not domesticated and should not be kept as a pet, since it is likely to become as mean and violent as it ages.

For centuries, sables have been known for their fur, with historical documents suggesting their importance to Roman, Mongol, and many other ancient civilisations.

Though people hunted the sable initially for its fur, the Russians now farm sables to make fur clothing. The sable fur is essential since it is one of the softest fur coats in the animal kingdom.

Two sable are seen on the old Russian coin, underlining their significance in Russian culture. The sable is also closely linked to the North American Pine Marten and the European Marten, both of which are slightly smaller.

In fact, since all these animals are in the Martes genus, the sable will interbreed with the pine marten to produce a kidu. The kidu, however, is usually a sterile organism – like a lot of hybrids.

While sable was nearing extinction in the early 1900s, Russian attempts to reintroduce sable into the wild were very successful. Nowadays, sable is considered the “Least Concern” species when it comes to conservation – mostly because of these major re-introduction of sable to wild places around Russia.

The winter pelage is usually longer and more luxurious than the summer coat. Different subspecies exhibit regional differences in fur colour, varying from light to dark brown, with individual colours becoming lighter and darker on the back and legs.

The sables occupy thick forests inhabited by spruce, oak, larch, cedar and birch in both lowland and mountainous areas. They defend the land that can be about 1.5 to 11.6 sq mi (4 to 30 square kilometres) in size, depending on the local area and food availability.

Although, when resources are scarce, they can move long distances in search of food. They can travel as much as 6 to 12 kilometres (3.7 to 7.5 mi) per day.

Sables live in burrows on the banks of the river and in the thickest areas of the forest. These burrows are usually made more secure by being dug between the roots of trees. Sable are good climbers, as they can climb cliffs and trees.

They are mostly crepuscular, hunting during the twilight hours, but being more active during the mating season during the day.

Their dens are well concealed, lined with grass and shed fur, but maybe temporary, particularly during the winter when the animal moves more widely in search of prey.

The sables are omnivores, and their diets differ seasonally. They eat a lot of hares and other small mammals in the summer. In winter, when frost and snow are limited to their retreats, they feed on wild berries, rabbits, hares and even small musk deer.

They also hunt ermine, small weasels and birds. Sometimes sables follow the footprints of wolves and bears and feed on the remains of their dead.

They consume molluscs, such as slugs, which they rub on the ground to extract mucus. Sables will sometimes consume fish that they catch with their front paws.

They hunt mainly for sound and smell, and they have an acute sense of hearing. Sables mark their territories with a scent produced in glands on the abdomen. Sable predators include a variety of larger carnivores, such as wolves, foxes, wolverines, tigers, lynxes, eagles and large owls.

Mating usually occurs between June and August 15, although the date varies geographically.

In courting, sables race, jump and “rumble” like cats. Males dig meter long shallow grooves in the snow, often followed by urination. Males fight each other aggressively against females.

Females join the estrus in the spring. Mating can last as long as 8 hours. After insemination, the blastocyst does not embed into the uterine wall of the female.

Instead, implantation occurs eight months later; while gestation lasts from 245 to 298 days, embryonic development takes just 25–30 days. Sables are born in the hollows of trees, where their nests are made up of dried grass, moss, and leaves.

Litters number can range from one to seven young, although litters of two or three are the most popular—males aid women by providing and defending their territories.

They open their eyes between 30 and 36 days and leave the nest shortly thereafter. At seven weeks, young people are weaned and given regurgitated food. They reach sexual maturity at two years of age.

Sables have been reported to live for up to twenty-two years. Sables can be interbred with pine martens. This has been seen in the wild, where the two species overlap in the Ural Mountains and is often purposely promoted in fur farms.

The resulting hybrid, referred to as the kidus, is slightly smaller than the pure sable, with a thicker fur, but otherwise identical markings, and a long bushy tail.

Kiduses are usually sterile, although one example of a female kidus has been successfully bred with a male pine marten.

In Russia, the distribution of sable is mainly the result of mass re-introductions affecting 19,000 animals between 1940 and 1965.

Their range stretches north to the tree line and extends south to 55–60° in western Siberia and 42° in the mountainous areas of eastern Asia.

Their western range includes the Ural Mountains, where they are sympathetic with the European pine marten. They’re even present on the Sakhalin.

In Mongolia, sables can be found in the Altai Mountains and in the surrounding forests of Lake Hovsgol, which is adjacent to the Trans-Baikal boreal forest zone from which the most valuable sable pelts originate.

In China, sables can be found in a small area of the Xinjiang Uygur Autonomous Region. In northeast China, sable is now confined to the Greater Khingan Range.

In eastern Heilongjiang, the continued existence of sables is suspected in the Lesser Khingan range. Sables can also be found in Hokkaido and the Korean peninsula.

Owing to the variable appearance of sable in various geographical areas, there has been some controversy about the exact number of subspecies that can be clearly defined.

Mammal Species of the World recognises seventeen distinct subspecies, but other recent academic sources have established between seven and thirty different subspecies.

Why is sable so expensive?

Sable fur has been a highly prized commodity in the fur trade since the early Middle Ages and is widely considered to have the most beautiful and richly tinted peel among martens.

Sable fur is remarkable because it preserves its smoothness in any direction in which it is stroked. A rich 17th-century Russian diplomat once described the sable as A beast full marvellous and prolific, a beast that the Ancient Greeks and Romans called the Golden Fleece.” Russian sable would usually be skinned over the mouth without any incision being made on the body.

The legs will be kept to preserve as much hair as possible. The Byzantine priests would wear sable for their rituals.

In England, sable fur was held in great esteem. Henry, I was presented with a wreath of black sable by the Bishop of Lincoln for not less than £100, a significant amount at that time.

Sable fur was the favourite of Henry VIII, who once received five sets of sable fur worth £400 from Emperor Charles V. Henry later decreed that the sable fur was to be worn only by nobles exceeding the rank of viscount.

According to the Hidden History of the Mongols, when Genghis Khan married his first wife, Börte Ujin, his mother Hoelun received a coat of sable furs from the parents of the girl. It was said to have been a very noble gift, fulfilling not only an esthetic but also a practical need.

According to Atkinson’s Travels in Asian Russia, Barguzin, on Lake Baikal, was famous for its sables. The fur of this population is a deep jet black with white hair. Eighty to ninety dollars were often requested by hunters for a single skin.

The first nature reserve in the Russian Empire-Barguzin Nature Reserve was established in 1916, precisely to conserve and increase the amount of Barguzin sable. Sable fur would continue to be the most favoured fur in Russia until the discovery of sea otters on the Kamchatka Peninsula, whose fur was considered even more valuable.

Sable furs were prized by the aristocracy of the Russian Empire, with very few skins ever found outside the country during that time.

Some, however, would be privately purchased by Jewish merchants and brought annually to the Leipzig Fair. Often, sable hunting was a job offered to exiled prisoners in Siberia.

Imperial Russian fur companies produced 25.000 skins per year with almost nine-tenths of the products being shipped to France and Germany. The civic robes of the Lord Mayor and the Corporation of London, worn on state occasions, were trimmed with sable.

As with minks and martens, sables were usually caught in steel traps. Intense hunting in Russia in the 19th and early 20th centuries resulted in a sufficiently serious decline in numbers that a five-year ban on hunting was imposed in 1935, followed by a winter-limited license.

These restrictions, together with the growth of sable farms, have allowed the species to re-colonize a large part of its former range and to achieve healthy numbers.

Does the Sable Make a Good Pet?

Although sables look cute, they do not make good pets. As they have sharp little teeth and their bites can be quite painful. Also, in a lot of countries in the world illegal to own a sable as a pet.

Is a sable a mink?

Although the sable looks Like a hybrid between a cat and a weasel, the sable is both a weasel and a mink’s relative, but its fur surpasses all others in its silky density and luminous beige, brown, gold, silver and black hues. The sable feeds on pine nuts, mice and even squirrels and likes to hunt at night, essentially a carnivore of northern climes. 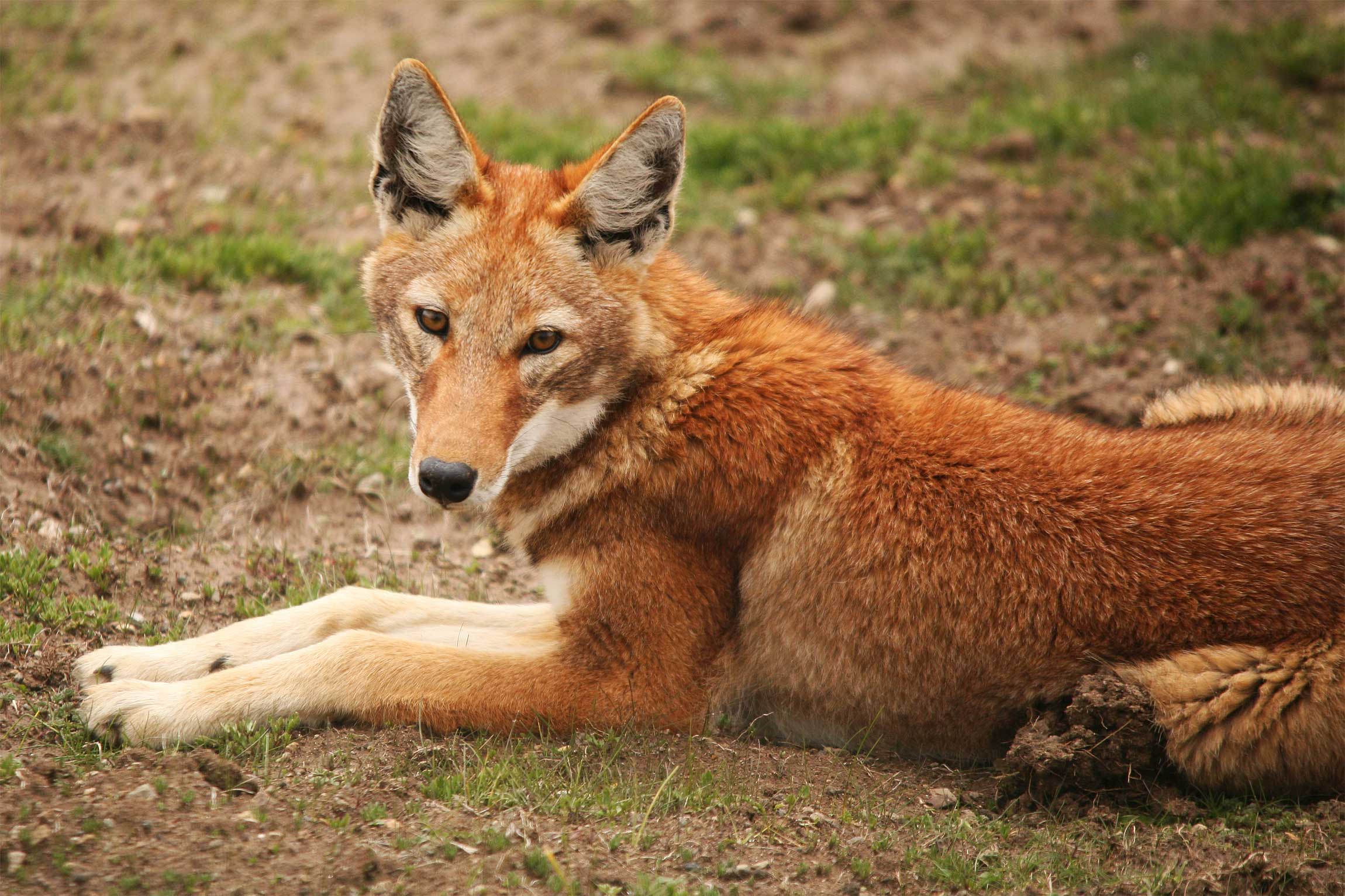 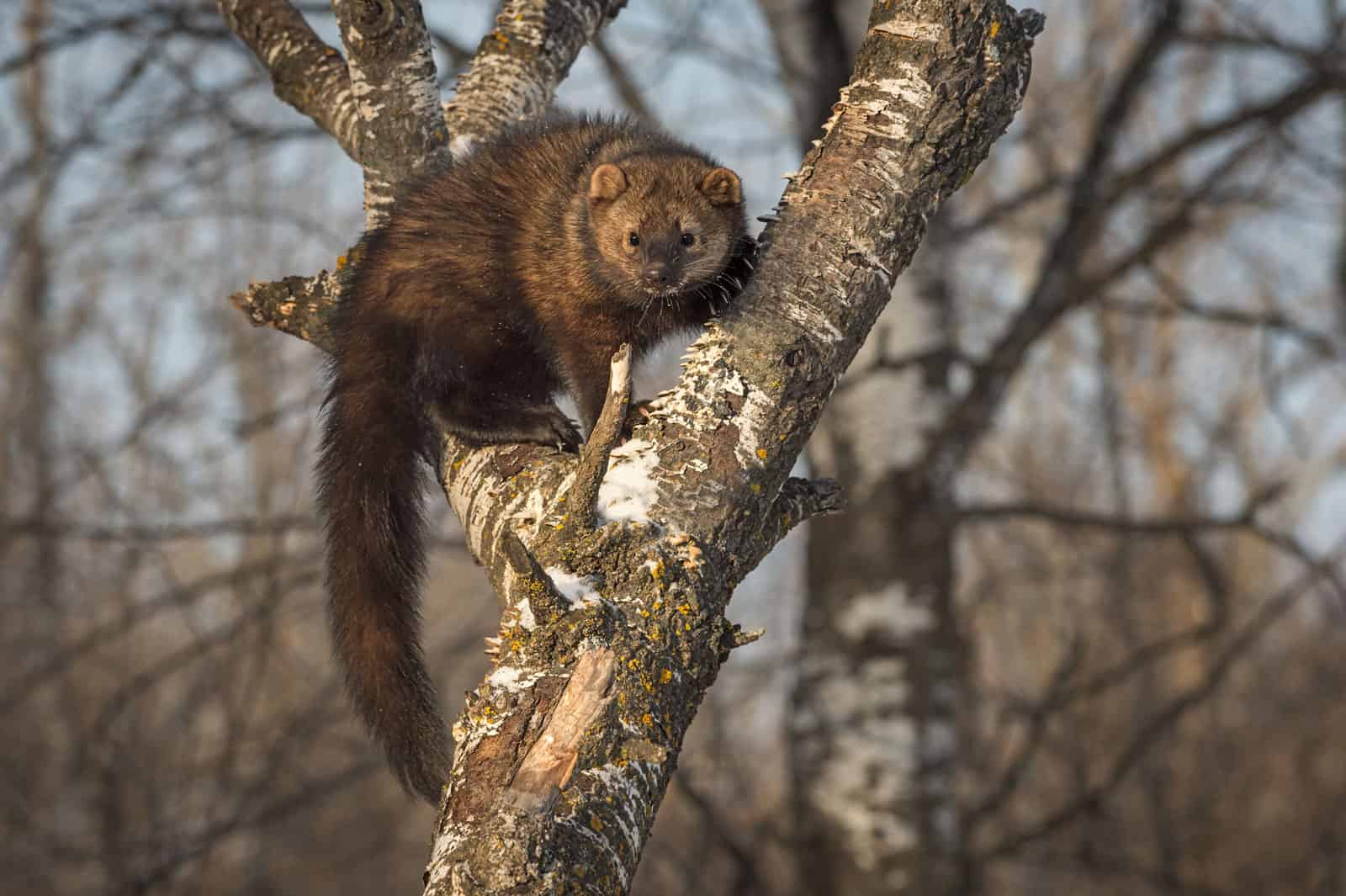 Fisher is a forest-dwelling animal that resides in North American 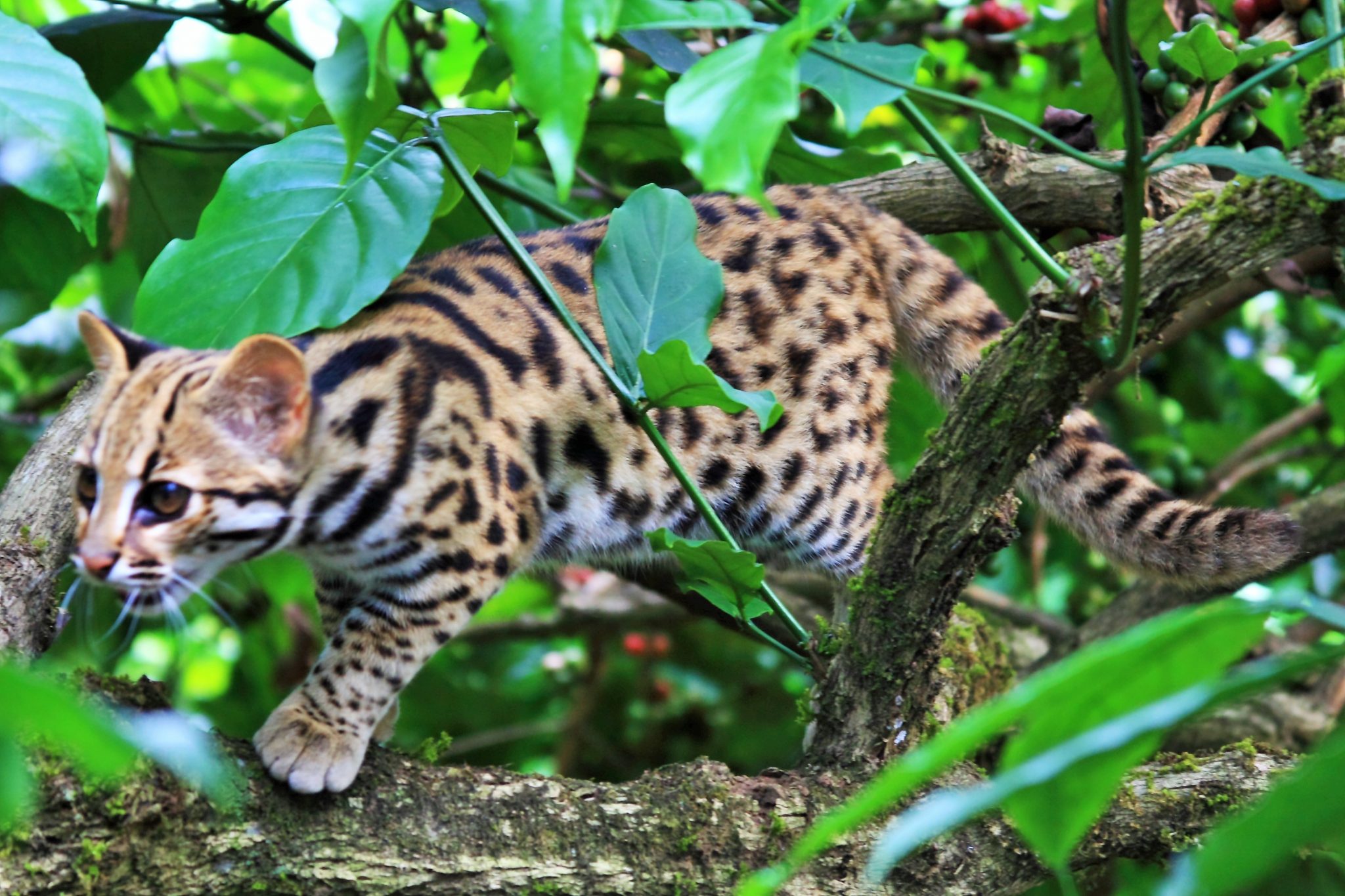 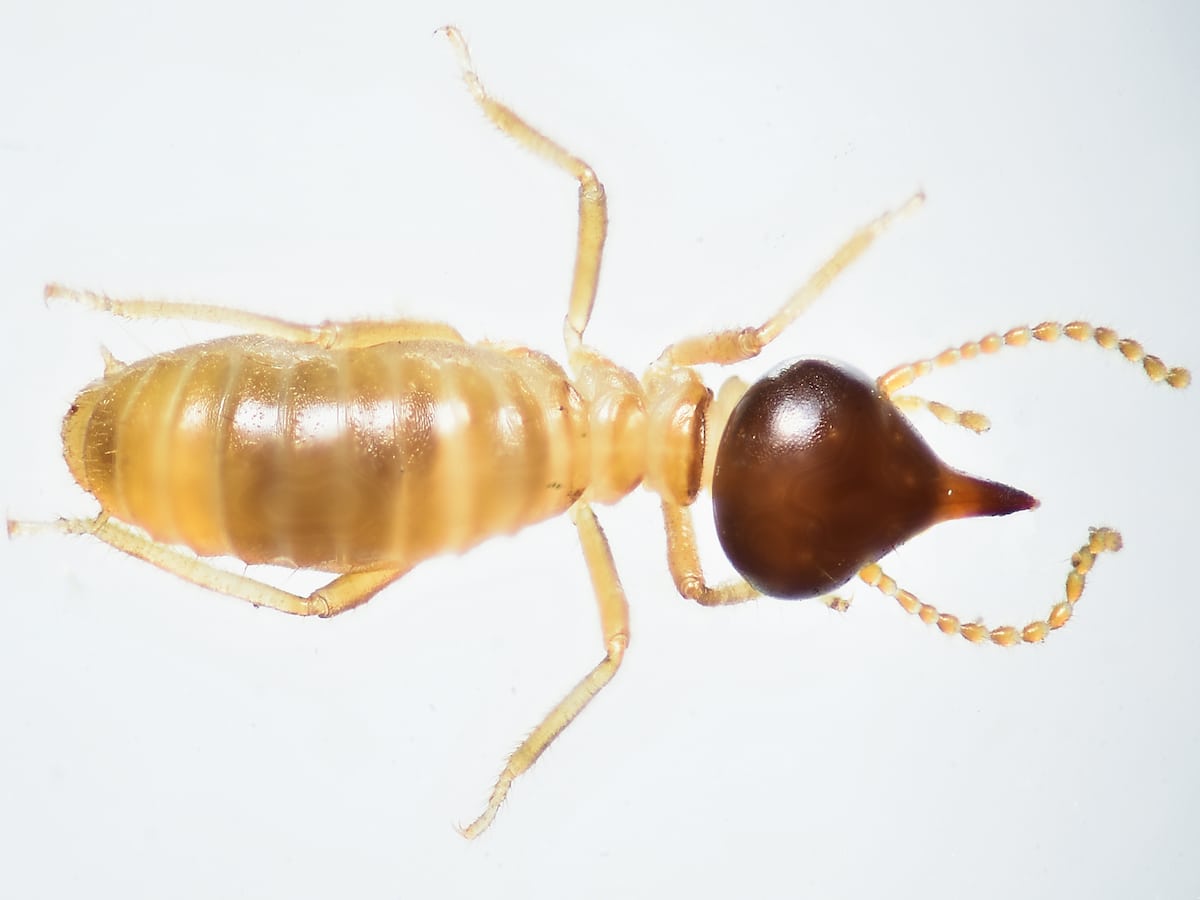