For many animals, speed is a necessary trait to survive in the wild. It determines if you are the hunter or the prey.

Animals like the Cheetah, Peregrine Falcon, and the Sailfish have a reputation for being some of the fastest creatures in their respective habitats.

While these animals require speed to survive in their environments, some other species prefer a more slow-paced life.

These creatures are not in a hurry and have evolved and adapted to suit that life. In this piece, we will be looking at some of the slowest animals in the world and their average speeds.

We would focus on animals that move and exempt those like mussels and oysters that live a stationary life for this list.

This is one of the most popular slowest animals in the world. The sloth is so popular that the Bible references its sluggish behavior as one of the 7 Deadly Sins.

Three-toed sloths (Bradypodidae bradypus) are native to the tropical forests of Central America and can be found in the treetops.

These animals are so slow they have algae growing in their coats, giving them a greenish tinge. They spend their days at the top trees and have an incredibly low metabolic rate, and require only a few leaves for nutrition.

They are so slow that it even takes time for food to digest. The anatomy of sloths also differs from other animals.

They possess very long arms with very short shoulder blades that give them an extensive reach without moving too much, allowing them to save energy while making the same movement as other animals.

Snails possess one muscular foot, which makes them move very slowly. According to a study of 450 garden snails (Cornu aspersum) using various tools, the maximum speed of garden snails is around one meter per hour – or just 0.0o1 kilometers per hour.

Like slugs, muscular contractions of their muscular foot enable garden snails to move. They release a stream of mucus to reduce friction and lubricate their paths. That is why garden snails’ leave a trail of slime in their wake.

Unlike slugs, snails have thick coiled shells they can retract into on their backs. This makes them need less speed when trying to avoid predators.

One of the slowest animals in the world is the dwarf seahorse (Hippocampus zosterae), a small species of sea horse that can be found in the Bahamas and some parts of the USA. An interesting fact about this animal is that it has one mate for life.

The Guinness Book of World Records notes the sea horse as the slowest moving fish, with a hair-raising the top speed of about 150 centimeters per hour.

Seahorses cannot make much movement in the water to propel themselves due to their unique body features, so they rely instead on drifting along with the ocean current. It’s this slow movement that allows them to sneak up on prey, like small crustacea, undetected.

The south-east Asian slow loris (Nycticebus), as the name implies, is one of the slowest animals in the world. It also has the dubious reputation of being the world’s only venomous primate.

These creatures are nocturnal and have toxins in their mouth and elbows they use to cover their fur to discourage predators and going after prey.

Because of this special protection from predators, the slow loris has evolved to be a very slow animal, reaching about 1.9 kilometers per hour at maximum speed.

The slow loris is also able to cover 8 kilometers in a night. It can also strike very fast when within reach of its preferred insect prey.

Slugs, like garden snails, are slow-moving gastropod molluscs. However, unlike snails, slugs do not have shells, and this lack of shells can help them beat the garden snail in a race.

The banana slug (Ariolimax costaricensis) is an extremely slow slug species, with a maximum speed of just over 8 centimeters per minute, or 0.48 kilometers per hour.

Slugs move by propelling themselves along using the contractions of their single muscular foot. Their foot has glands that secrete mucus along the way that lubricates their path and reduces friction.

The banana slug also has a mucus plug at the end of its tail it uses to produce an elastic cord of slime to rappel down from high places.

There are about 2,000 different species of starfish (Asteroidea) in all of the world’s oceans, from cold seafloors to tropical waters. Although not much is known about this creature, it’s known that most starfish are very slow.

They use the wiggly tubes at the bottom of their arms to crawl at speeds of around 15 centimeters per minute, or 0.009 km per hour. Starfish often use ocean currents to move longer distances more quickly.

Gila monsters (Heloderma suspectum) are a species of venomous lizard found in the southwestern USA. They are also the world’s slowest lizards.

They’re one of the bigger animals on this list of slow animals, growing up to 0.4 meters long, and have the ability to kill and consume prey up to one-third of their body size.

Gila monsters spend much of their time underground resting. They store high quantities of fat in their bodies, and this allows them to hunt less frequently.

They can reach speeds of 2.4 kilometers per hour when they go hunting, so they’re not much threat to humans despite their size and venom.

Giant tortoises species are native to many animals, with the most famous of them being the giant Galapagos Tortoise of the Galapagos Islands.

These animals are one of the slowest in the world, moving only a couple of kilometers a day and having a maximum speed of 0.3 kilometers per hour.

They have heavy shells and tend to walk around between their feeding areas in the early morning or late afternoon, spending the rest of their time grazing and resting.

The tortoise of Galapagos islands walks along animal paths through undergrowth known as “tortoise highways.” The giant tortoise is also famous for being the longest-living creature on earth. It can live for up to 150 years.

The koala bear (Phascolarctos cinereus) has a high fiber and low nutrient diet. It also has an extremely slow metabolic rate and is one of the slowest animals in the world.

These animals store little to no fat in their bodies and conserve energy wherever possible – primarily by sleeping and moving very slowly.

Koalas possess a great sense of smell but have extremely poor eyesight and spend most of their time living on the treetops, eating eucalyptus leaves, and not moving much.

Compared to some of the other slowest animals on this list, the manatee is relatively speedy. But considering their heavy weight and their reluctance to move, manatees are typically very slow.

Also known as the sea cow, this gentle giant can weigh as much as 3,500 pounds and reach up to 13 feet long. With that much weight, little wonder that manatees are rarely in a hurry.

Manatees typically move at a speed of only a couple of miles per hour. But can pick up the pace too as much as 20 miles per hour if they are in a hurry.

Manatees are often found in shallow water. They don’t have any actual natural predators. They could be eaten by sharks and whales, but because they don’t live in the same water, that rarely happens.

Their biggest threat is still humans. But efforts towards conserving them by the West Indian manatee in Florida have removed them from the endangered species list in 2017. 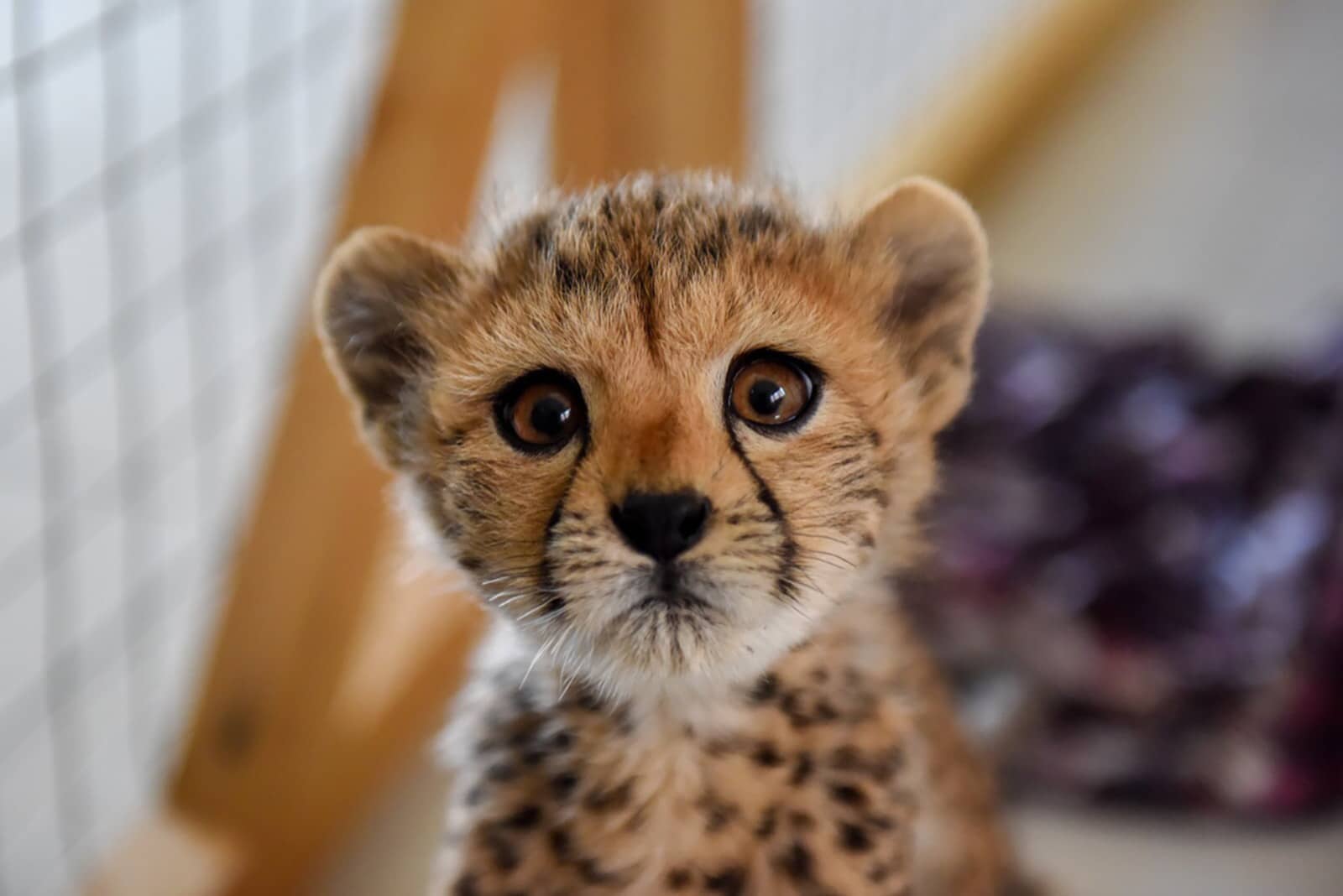 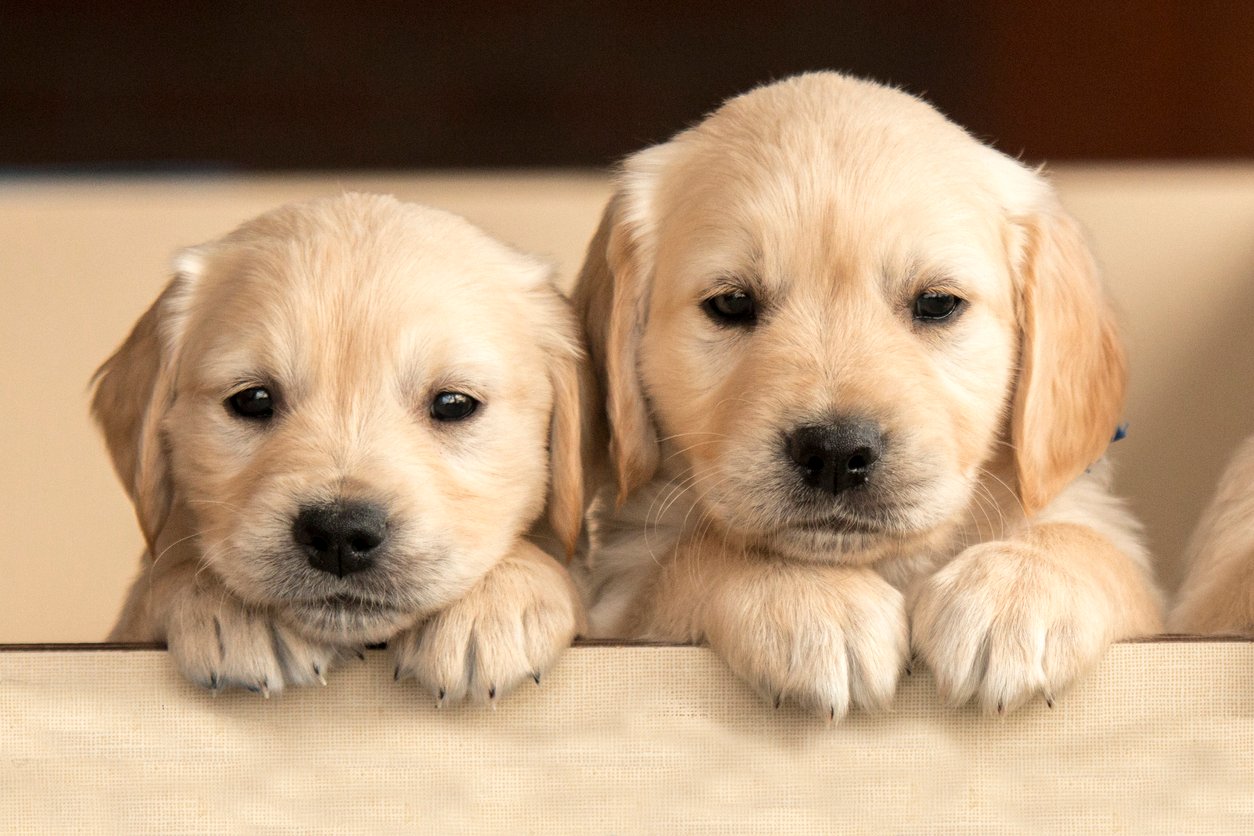 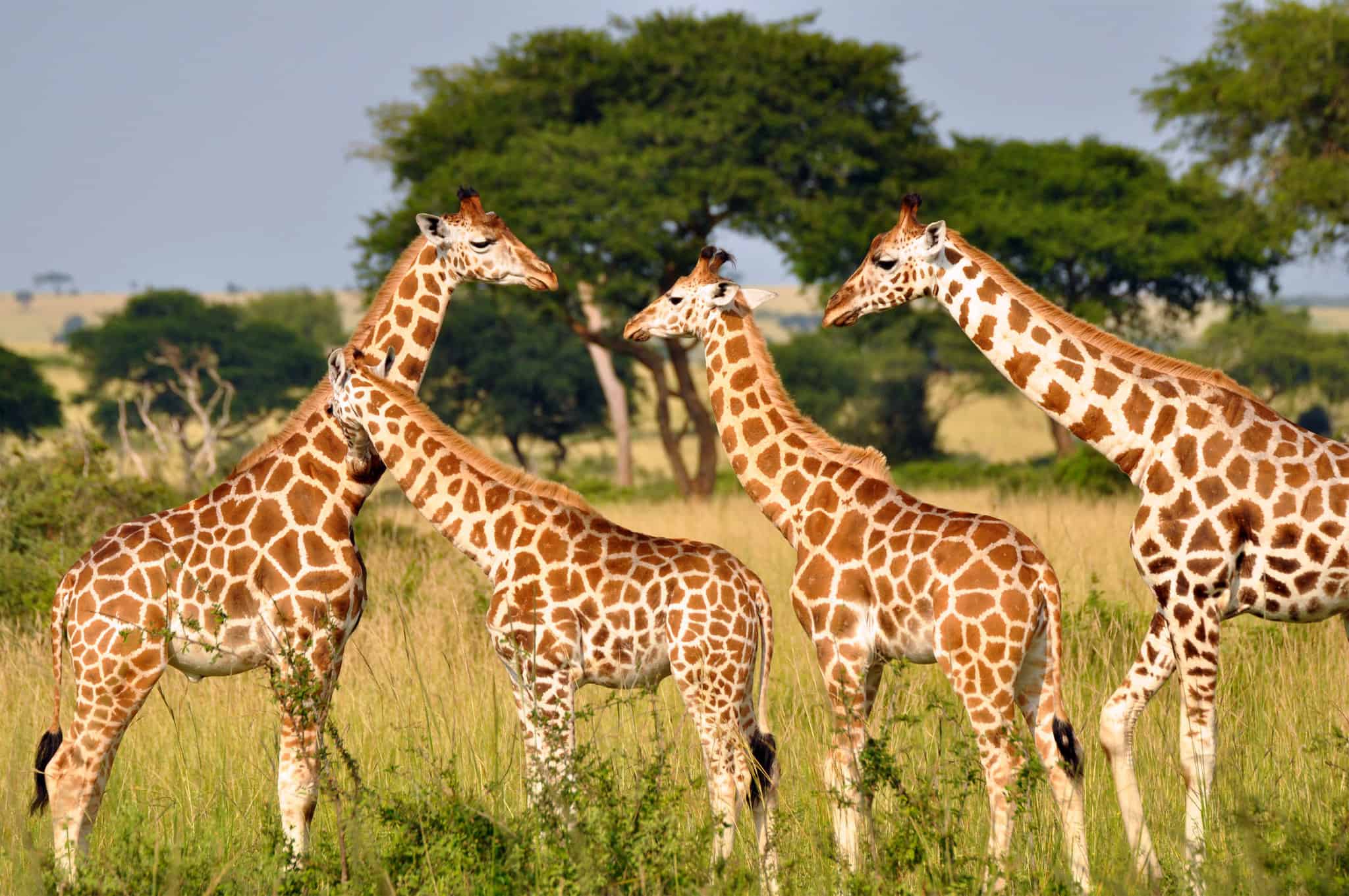 The giraffe also scientifically known as Giraffa camelopardalis is an 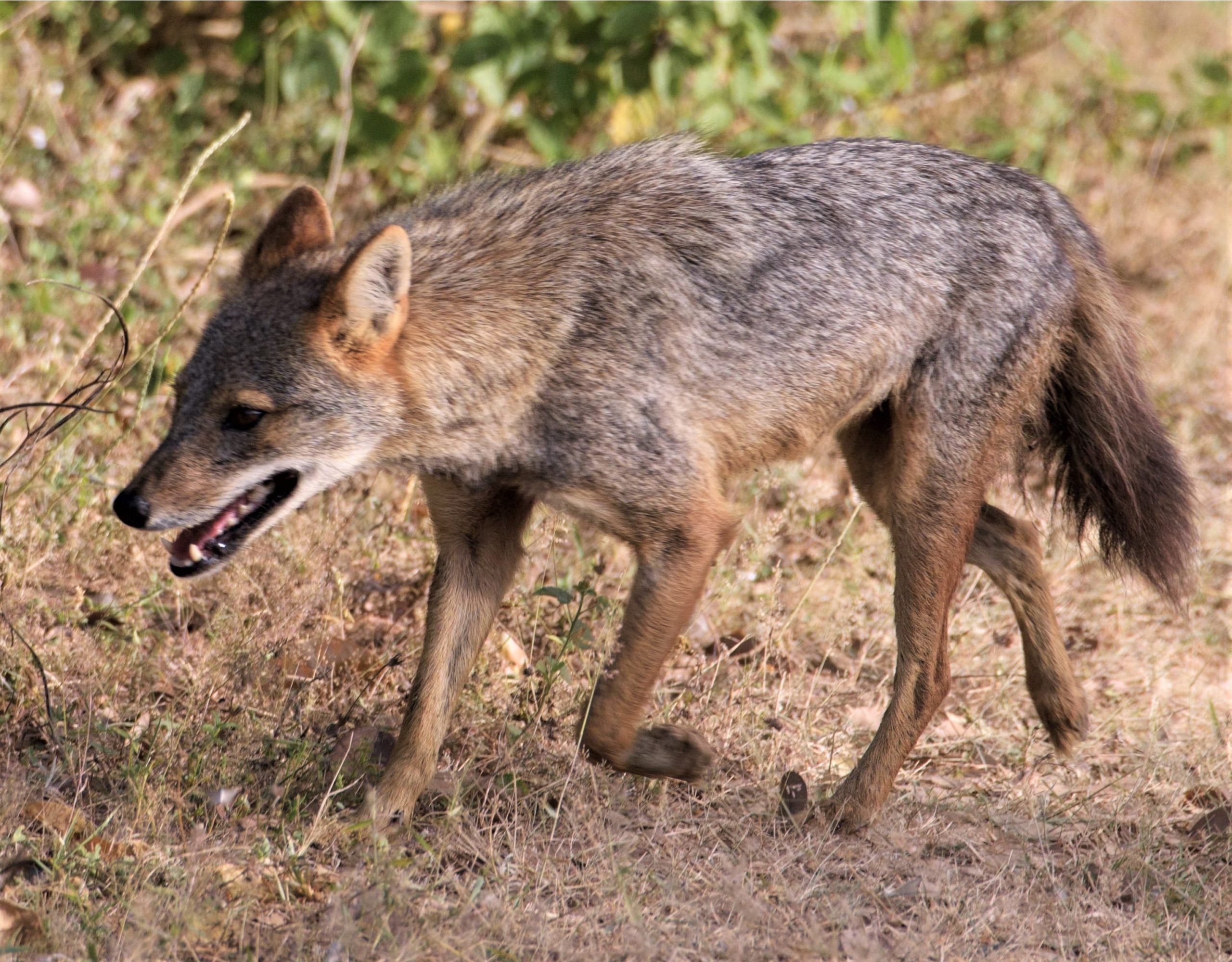