What Is Sulphur Intolerance?

Recently, there have been several new diets to help people lose weight. However, one of the many new health-promoting foods that people are beginning to pay attention to is the low sulfur diet.

This diet comes in the light of discoveries that people can be sulfur intolerant. As with several new diets that have gain popularity most recently, it is vital to find out how accurate the idea behind the low-sulfur diet is, as well as weighing the risks and benefits associated with feeding on a low sulfur diet.

Unlike most diet with the potential triggers being gluten or glucose, sulfur is known to be an important mineral that the human body needs for the performance of certain vital functions. This makes it difficult for some people to believe that it is possible to be intolerant to sulfur.

Before we discuss the science behind sulfur intolerance, it is essential that we know some basic definitions so that going forward will be much easier. Several substances contain sulfur which individuals may be allergic to or have an intolerance for here are some of them:

In this article, we will discuss mainly an intolerance to sulfur as it naturally presents in food and also used on the body. However, we will not discuss the additive compounds mentioned above.

As we will discuss, two of the primary places where sulfur can be found are the sulfur-containing amino acids cysteine and methionine.

Food with high methionine content is animal-sources of protein, such as:

The plant sources of methionine include seeds, nuts, grains, and legumes, including;

Apart from food sources, it is possible that people have sulfur in their drinking water, depending on the water treatment process and what more importantly, the materials the pipes are made of.

How The Human Body Uses Sulfur

One of the first places you will find sulfur in the body is in sulfur-containing amino acids, particularly taurine, homocysteine, cysteine, and methionine.

These amino acids mentioned above play vital roles in the body, including oxidation reactions, your immune system, protein structures, and metabolism, although cysteine and methionine are the only amino acids used in proteins.

Something else about sulfur amino acids is that they are also resistant to oxidation because of their sensitivity to reactive oxygen species (ROS), and it has also be discovered that the oxidation is reversible.

Meaning that they can combine with any ROS (these are potentially destructive free radicals) to lessen the potential for damage. Likewise, cysteine has some antioxidant capacity and is vital for the production of taurine and glutathione.

Sulfur derived from sulfur amino acids, specifical cysteine, is incorporated into tRNAs, also identified as tRNA thiolation. Any alterations or imbalances in tRNA thiolation could cause downstream problems, like insulin signaling impairment.

Many sulfur-containing cofactors play a role in many different biochemical reactions in the body. One type of them is iron-sulfur clusters, which are known to be some of the oldest existing cofactors and can be found in almost every living organism.

These iron-sulfur clusters are used in a variety of bodily functions, including DNA repair and the electron transfer chain. These metalloproteins may also aid the maintenance of copper homeostasis as they act as a subject for copper to bind with.

Sulfur can’t be found only through amino acids; sulforaphane’s are similar compounds that are found in cruciferous vegetables and many other foods.

These sulforaphane compounds offer protective benefits, including anti-inflammatory and antioxidant quality and inducer of Nrf2, most notably against neurological disorders.

Despite the discovered importance of sulfur amino acids in the body, when consumed in high levels, this mineral has been connected with obesity and other obesity-related sicknesses like diabetes. This too should qualify as sulfur intolerance.

One of the reasons for this maybe because of the link between higher consumption of meat in people who have high levels of SAA. Sulfur amino acids may also have a role to play in lipid metabolism and atherosclerosis.

In a mice study carried out in 2017, researchers focused on studying the lipid metabolism and sulfur amino acid metabolism in mice fed on an atherogenic diet ( a diet that predisposes them to atherosclerosis).

The link between lipid metabolism and sulfur and mining assets may be a result of the expression of SCD-1, which is an enzyme that it’s the synthesis of monosaturated fatty acids that can be found in the liver and adipose tissue.

One good thing about sulfur and sulfur-containing amino acids is that they play a vital role in phase II detoxification.

At this stage, also called the conjugation, molecules of sulfur-containing amino acids combine with the molecule that is the outcome of the initial detoxification phase.

Meaning that if you have a sulfur deficiency, then you may lack the needed capacity to handle medications, any potential toxins, or metabolites present in your system that require this process before elimination.

Cysteine and methionine play a vital role in glutathione recycling and synthesis. The little children are the human body’s primary intracellular antioxidant, which does not only counter oxidative stress but also is needed for the reduction of inflammation, and to keep the immune system healthy, it also plays a part in the process of detoxification.

The precursor of glutathione in is cysteine, while glutathione can be synthesized by methionine via the transsulfuration pathway, which can also create glutathione through homocysteine. With a wide variety of functions sulfur in the human body, a person may be tempted to think that it is healthy to consume as much as awful as possible.

Nevertheless, as with many other ingredients that have incredible health benefits, a balance must be maintained to enjoy these benefits. It may also be possible to suffer an adverse reaction from excess consumption of sulfur. These reactions will be discussed shortly.

So, Is Sulfur Causing problems for Some People?

It is reasonable to ask a question like, if our bodies were meant to have sulfur and require them for all of the functions and elements we have mentioned in this article, then how come so many people have problems when they consume sulfur in large quantities?

Could it be that the sulfur is the cause of the problem, or could there be something else? Let us take a quick look at the symptoms that people with Sulphur intolerance may deal with.

When you search through the available information on sulfur intolerance, you will find signs such as;

At present, studies about sulfur intolerance or allergy are limited. However, some underlying issues could potentially affect a person’s ability to tolerate sulfur-rich foods, which may give off a result similar to intolerance to foods containing sulfur.

Some of the hypotheses about the possible causes of sulfur intolerance include;

Some bacteria can convert sulfur into hydrogen sulfide gas, and that is what makes gas smell like rotten eggs. This gas can indeed be protective and beneficial, but just like many other things, excess levels of this gas can become toxic.

Whenever you have an excess growth of hydrogen sulfide producing bacteria is in your system, it can cause SIBO or dysbiosis, leading to issues such as inflammatory bowel disease.

Which means that some of the problems and symptoms may not directly come from eating sulfur-rich foods, but instead comes from something happening in your gut that makes it harder to process foods, or cause higher levels of hydrogen sulfide gas.

At present, there are no testing options for hydrogen sulfide SIBO; however, you can take a stool test to let you know whether you have dysbiosis. Treatments of other types of dysbiosis or/and sulfur-associated SIBO would be like the treatment for SIBO or dysbiosis though you may find consuming a low-sulfur diet helpful.

Make sure that you talk to your doctor about a possible treatment if you suspect a type of dysbiosis that is caused by your sulfur intolerance.

Whenever you suspect that you have sulfur intolerance, it is best to talk to your doctor about changing diet or getting possible treatment. Leave a comment below, letting us know what your thoughts are. 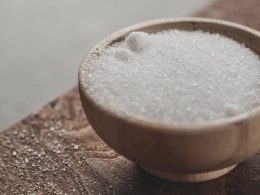 A few forms are likely to come to mind automatically when you think of sugar: 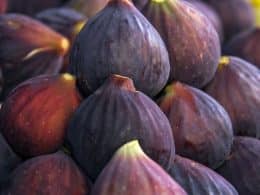 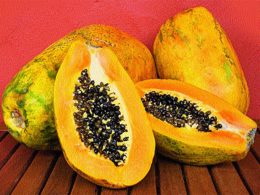 A Papaya a Day Keeps the Doctor Away

Christopher Columbus, the famous Italian voyager was right when he referred to 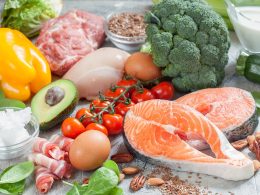 There are two common types of fatty liver disease