We could enthusiastically place a bet on this: when you ask someone for the definition of a voiceover, most times all you get from those minutes of talking are examples, with radios and movies as power points.

The disembodied voices bouncing out of speakers that inform and entertain is pervasive in the media and our regular lives; television, shopping malls, train stations, airports, school, government-organized camps. Those informative, engaging voices are voiceovers.

To be more clear cut, a voiceover is a male or female voice recorded, or in some cases, live, for offscreen use.

Though popular in its usefulness in film and television, voiceover is also used in other communication media like the telephone service and any other service with informational goals.

For off-screen use, it is a production technique, and high-quality equipment are favored in recording them.

They are recorded in a professional studio with condenser/unidirectional microphones and a soundproof recording booth to create quality audio content for the media, such as commercials, documentaries, ads, home, or tutorials (DIY, for instance). Alternatively, you can use a cheaper option like a voice over generator if you are on a budget.

In 1928, animation legend, Walt Disney was reported to give the first voice over. He receives this credit because his wide audience watched and was later drawn to the life his voice gave to Mickey.

This became the inspiration for future cartoons and production houses; Looney Tunes came one year later. Thus the assumption that Walt Disney was the first person to record a voiceover was prevalent. Influence. However, it has long been proven to be nothing more than a rumor.

Three decades back, in 1900, United States Weather Bureau worker, Reginald Fessenden, reported the weather. Technically, it was the very first voice over. Also an inventor, he developed a similar inspiration as Alexander Graham Bell, the inventor of the telephone, and worked towards inventing wireless communication through the phone.

Before 1960, ship wireless operators, including the US Navy’s had only heard Morse codes on their headphones. But on the Christmas Eve of 1906, they head something new: a man singing Christmas while a violin is playing.

The voice turned out to be that of inventor Reginald Fessenden. He had set up a makeshift studio in his Boston apartment and made a radio broadcast.

It was sent to ships at sea and mostly contained music and Christmas messages. The most important part of the broadcast was the message he dropped himself. It was a speech.

By the 1960s the popularity of animation created a need for talented voices as production companies sought to go into this entertainment goldmine.

Thus voiceovers began as a function of radio; pleasantries what we know today as shoutouts, forecasts, and seeing that radio was the go-to device for home entertainment, it thrived, the evidence of which is its presence and usage in different industries.

The difference this type and the former is almost palpable because of the essentials embodied by them; vocal inflexion and tone, and pacing.

Voice over is efficient as a creative storytelling device. It has become, in fact, a film technique that cuts through every genre.

Its purpose is to give exposition where cinematography and/or budget falls short of establishing; narrate, and provide exposure into the character’s mind. It is good for defining clearly, the back story that propels the characters.

Feature films where this technique can be found include; Lord of the Rings, Deadpool, Once Upon a Time In Hollywood, and more recently, The Devil All The Time.

In these movies, through the narration, beats are easily slid into, motives determined, the subtext is given, foreshadowing planted, and even endings.

Voice overs make convenient a spectrum of abilities and techniques in a story that given different circumstances would not have. The power of voiceovers is in communing effectively with the audience, drawing them in like a current to a lone boat.

It is an aspiration if the goal is putting the story into the audience and vice versa. When you think about it, you will realize that there is a challenging number of techniques capable of doing this.

One of such is breaking the fourth wall. The fourth wall is broken when an actor directly addresses the camera, that is, you. It is an invitation that when taken, becomes an initiation into the picture.

However, the fourth wall can not be broken as often as voiceover narration can be used. This will lead to the dreaded cinematic sin, which is telling instead of showing.

A lot of money goes into making movies, screen time being one of the most demanding because of the amount of assistants and personnel and their expensive equipment.

Voice over saves the movie director screen time and is fun to the screenwriter who utilizes it. It saves cost because the director does not have to spend any time or resources showing audience information.

Narration in films is not met without criticism; it has been called a cheap way out of directorial inconveniences. While there is some truth to this, it remains that when voice over is applied with and by skilled hands, it goes from a cheap trick into a transformative plot device.

Types of voiceover in movies

In the film, voiceover narration is over four types namely;

Essentials of a good voice over

Many of us have been narcotized by the ubiquity of voiceovers in the media. In order words, many of us take voice over for granted, so much that we do not identify the technicality of the art, or even consider it as one.

Despite this irreverence, you can testify to stopping whatever activity you were engaged with because you wanted to follow the voice through the narrating, instructing, and addressing.

That feeling is you being caught up in the allure of skill and art that is a voiceover. There are elements and essentials that make a voiceover draw you into the world it represents.

There is a pace required for every message communicated, every tone you aspire for, every effect you project to have on your audience.

A good example of a bad attempt at narration is when your excited friend tries to tell you a story with a tongue made fragile and incoherent by the urgency that drives it. You lose focus and catch yourself slipping out the story at intervals.

Another is getting tired of your friend who has talked for minutes. Or has your friend ever laughed at a joke they told and made you wonder if you missed something?

Pacing is arranging the essence, details of a story or information into a deliberately timed speed. This means speed is timed with pacing. Fast or slow words are deliberately slow to evoke a reaction out of you.

When a voice over is fast, it inspires a sense of passion, urgency, emotion. When it is slow, it is an indication of the severity of a point, sadness, importance, etc.  A voiceover leaning exclusively on any side of this delivery divide is bound to fail due to the monotony.

When it comes to pacing, speech rate matters a lot. It is the speed at which one speaks. It can be calculated, and the index for it is the number of words spoken per minute.

In all these, there is pacing. That is why you stay rooted to one radio station, even when the presenter is fast tongued.

The type of script will affect or explain the intonation of a voiceover: an ad script targeted at a geographically determined audience will have to contain the lingo of that demographic. Thus there are voiceovers in pidgin, AAVE, and so on. The vocal tone and inflexion will differentiate a voice over for children from that meant for an older demographic.

For example, an exciting and exuberant tone follows the vibrance of kids and is sure to get the message across. The script in full view of the audience and the discretion of the talent determines the vocal techniques used.

Do you really think contents alone of successful podcasts gave them their spots on charts and ratings? Every successful podcast owner or one with potential will include a good sound system in a Podcast Starter Pack if you ever show interest.

The essentials parts of good audio entail the clarity of a speaker’s voice and a perfect volume necessary.

As an audience, you are turned off by buzzes and background noises not relevant to the purpose of the topic. You are liable to be distracted, and once this happens in the communication process, it is broken and has to be restarted.

But seeing the transience of broadcast media (for instance) as an obstacle, the loss of communication is a bit more than temporary.

11 Best Spotify Alternatives You Can Try

The music industry as you know is ever-changing

Making Sure Your Internet Browsing Is Secure 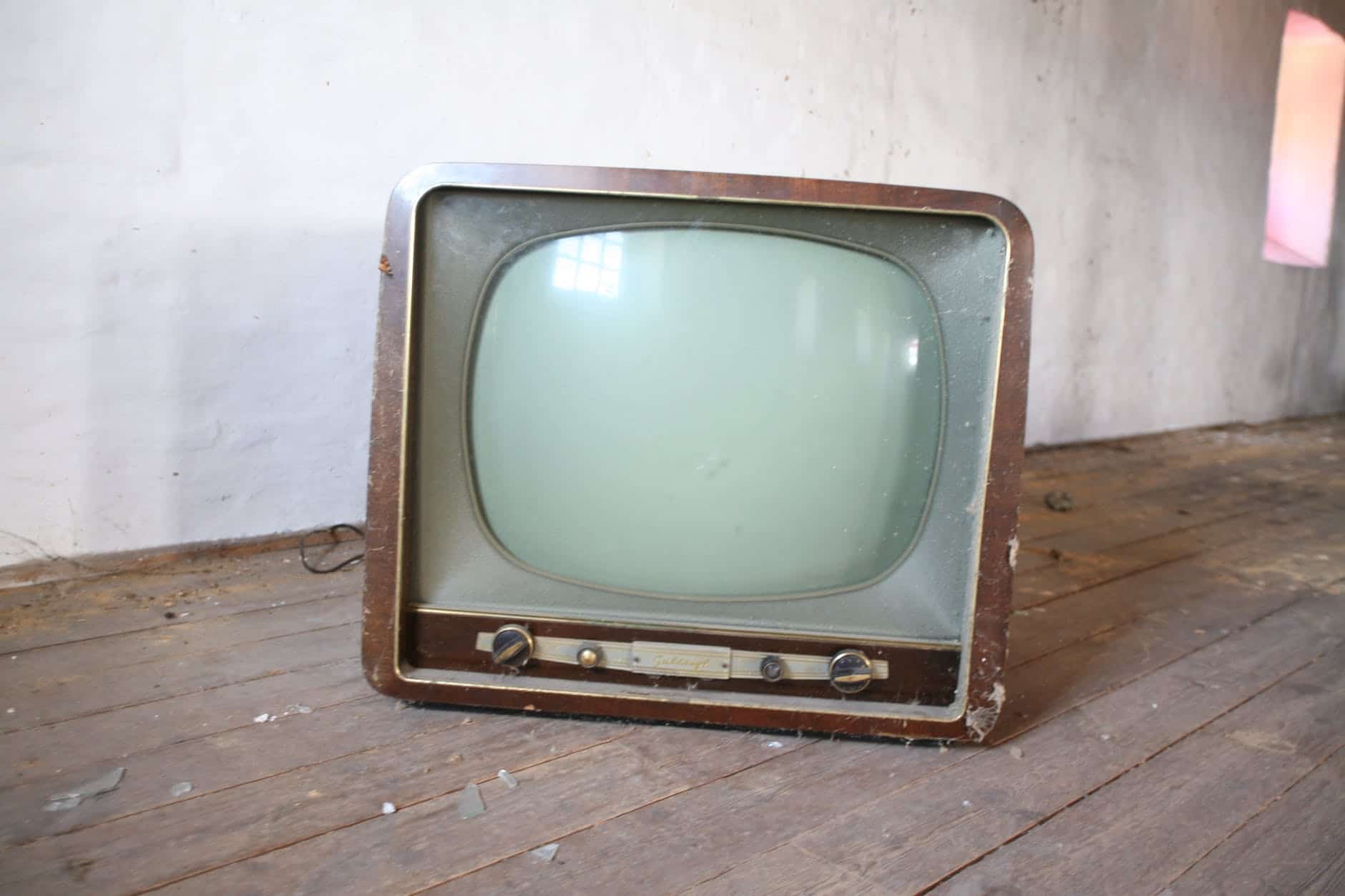 If you are running the Windows 10 October 2018 update or higher, the chances are