You will often hear the acronym RTP mentioned with regard to slot machine games. It stands for Return To Player and is expressed as a percentage.

RTP can be best described as the proportion of money used to play the slot game that is then returned to the player in the form of prizes.

It’s an important metric used within the casino industry and, as such, is generally recorded from a significant number of plays, generally over 10,000 and, in some cases, up to 100,000 consecutive plays.

However, it is worth understanding that RTP does not guarantee you will be returned that percentage over a few plays.

Instead, RTP calculated over extended plays means that casino slots can offer some of the most remarkable prizes in the gambling industry. This is simply down to the random nature of returns made over a significant number of plays.

The slot games themselves tend to fall into one of two types when it comes to their internal RTP algorithms.

The first type is governed by a random algorithm; these slots rely only on the statistical chance of a particular bonus or win to ensure they stay on the same odds of a win each time they are played.

This means whatever the slots previous outcome, it will have no bearing on the outcome of the next play. With random algorithm slots, the chances of a win always remain constant.

The second type, referred to as compensated slots are also random within their RTP confinement, but the result of the previous game is taken into account when the internal algorithm calculates the odds of the subsequent game or games.

This can be an advantage if the slot game has recently been paying out below its RTP, as the likelihood of success is likely to have been internally increased by the algorithm.

This doesn’t guarantee you big returns, as ever the slot machine remains random, but with an increased chance of a positive outcome.

It’s worth bearing in mind that there are no minimum RTP requirements on gaming machines, including slots. This makes your choice of game and its RTP important, and savvy players will no doubt have noticed some games offer good RTP percentages while others don’t.

Don’t be fooled into thinking that a lower return to player average will result in higher payouts; that is seldom the case, and experienced players will know that games like Aviator combine good RTP with significant results.

Slots from Spribe can offer great prizes and bonuses whilst maintaining a high RTP of 97%. The Aviator slot is an example of a game that dares to be different, without the traditional reels, symbols, or pay lines. It does without these in a great fashion by using an airplane instead.

The airplane flies up at an increasing multiplier, starting at 1x and giving you the ability to climb to infinity. It’s a concept that not only works but is also fun and different.

Of course, cashing out at just the right time, hopefully just before you would have lost your aircraft, will get your bet increased by the last multiplier.

Go too high, and it’s all over. This brings an element of fun to the gameplay, take a chance or cash out too quickly and risk the loss of a positive outcome. 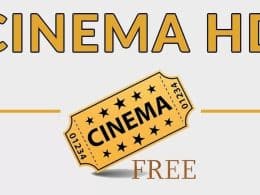 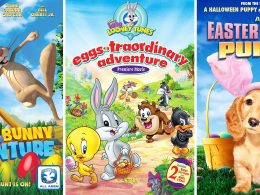 For most people, there is nothing more relaxing than watching a good television