10 Monster Movies You Should See

One must admit that entertainment is a part of our life that can’t be taking away, midst people find pleasure in sports, others in music, but no one can say to himself “I hate movies”, this is actually one part of our human existence that cannot be replaced.

Movies often have countless effects on us, and how we live, it influences how we dress, how we speak, there are actually movies that are made to teach how to read and spell Archila the Bee is one of them.

There are movies made to teach us how to sing, sounds of music are one of the many out there, or is it the life of the Mafia “God father is there to satisfy these desires.

Dance school musical makes us remember what it felt like to be back in school reliving the old days, or are you looking to get terrified? There are countless scary movies out there, how about history?

The movie industry is in no shortage of these kinds of movies. So I can boldly say there really isn’t a particular aspect of life that had happened or that’s happening or that’s yet to happen that had not been covered in a movie or that would not be covered.

But we would be looking at those movies that have made it to my top 10 list of monster movies. Everyone loves a good beastly show and likes the thrill of it, packed with excitements and non-ending terror by this beast.

The 1979 SCI-FI movie, written by O’bannon Dan and directed by Ridley Scott is one of the best out there in terms of monster movies. A spaceship “Nistromo” returning to earth with its seven crew members all in stasis.

They were woken up by the ships control system “mother computer” after detecting a distress signal from the moon, being companies policy they had to check and try to determine what this call was.

After landing on the moon with some technical damage done to their ship, they had to spill in groups some stated behind to fix the damaged parts while others went in search for where the distress was coming from.

There they found an alien ship, and also some alien eggs, one of the crew members trued touching one of the egg when an alien came out and attached itself to his face. His crew members brought him on board disregarding quarantine protocol.

In trying to kill this alien that means harm to them, they found out that some of their crew members had been given direct order to bring back the alien alive, they had to self destruct the Nistromo and escape through their emergency pods leaving the alien and other crew members there.

Ever been in a group where it would get to a point that you would not be able to trust anyone anymore? The American SCI-FI movie of 1982 “The Thing” a group of scientist found lifeforms that could imitate another person or life form; this becomes life-threatening.

Everyone loves Arnold Schwarzenegger, mostly for his movie Terminator and Predator. They had a mission to rescue a hostage in guerilla, little did they know that an unknown life form was there with them, observing their every move, this creature kills and skin its predator, it’s left to Arnold and what’s left of his team members to put an end to this man-hunting beast.

For many of Godzilla was the movie for us while growing up, Godzilla is one of the biggest monsters of all time in movies.

Two spores were found in the Philippines. One was dormant, while the other had hatched, and they found traces of it that went into the ocean. Many attempts were made to kill this beast but to no avail.

A giant winged glowing chrysalis creature that had been feeding from the plant’s reactors for the past 15 years and emitting strong electromagnetic pulses over time escaped from the facility.

Soon, Godzilla and this winged creature battled together either for dominance, or Godzilla was just protecting the human race. Find out more in Godzilla.

This would be a flawed list if Kong wasn’t a part if this list. Ever seen a big as monkey, packed with enormous strength and agility, kong was a Gorilla who like on skull Ireland protecting the local tribe of people that lived there.

A crew of film makers accidentally found themselves on skull Ireland and beheld the beauty and magnificence of skull Ireland, unaware of the unforeseen doom.

Well, all know the tale of Frankenstein, an undying human created by Frankenstein himself, this monster was created to be a mate for and already existing monster. Watch Frankenstein and feel what the first actual zombie movie looked and felt like.

Steven Spielberg has one of the best monster movies you could ever think of. And what better way to start the list other than Jurassic World.

A sequel from Jurassic Park, starring Chris Pratt and Bryce Dallas Howard, most of us had seen various Jurassic Park, and you would agree with me that it’s a movie that didn’t disappoint as all expectations were met.

Experience what it would feel like having a pet dinosaur, see the life of dinosaur and be amazed at the size of these monsters.

Will Smith stars in this amazing movie with aliens invading earth trying to wide out the human race; humans had to use all in their position to destroy this life forms that had come to destroy the earth and all that’s in it.

Watch as humans were attacked by beats like a monster that took on various forms from lizard to aquatic beast form, this beasts had only come for one aim, destruction of earth. Humans had to result in building big robots to fight off this new enemy that threatens the existence of the human race.

Taking the number ten spot, anaconda features a snake that lived in a strange forest, where Red orchid grew.

These orchids made it possible for this snake to grow bigger than its usual size. Watch how the special team sent to retrieve this orchid are faced with an even greater threat and how they try to accomplish their goal and stay alive from the man-eating snake.

This list is a mix of the very old and the quite new monster films. Let’s know you think guys, comment and like our posts thank you.

10 Celebrities Who Are a Lot Older Than You Think 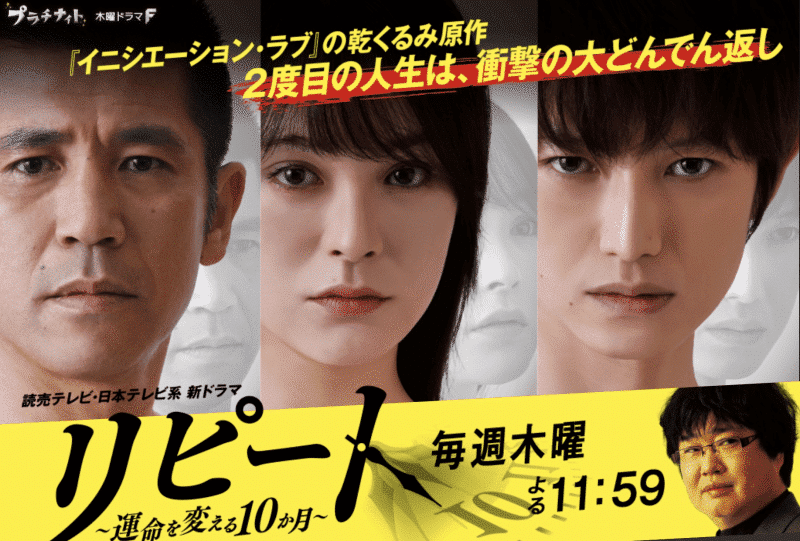 Endgame Writers Reveal What Actually Happened to the Soul Stone