10 World’s Most Powerful CEOs and Founders in 2022

Recently, Forbes released a list comprising of the World’s most powerful CEOs and founders for the year 2022.

Described below is a review summarizing how all these exceptional men here, some getting here fast, whereas others not that fast, are all great inspirations.

He founded Amazon on July 5, 1994, initially as an online marketing website for the sale of books before later expanding into selling videos and music.

Presently, Amazon has further diversified into the sale of almost every kind of consumer product available on the market.

Furthermore, in 2013, Bezos bought The Washington Post for $250 million and over the past three decades, Forbes has stated that Bezos is the only person to have a exceeded a net worth of $150 billion while Forbes has been following America’s wealthiest individuals. Today, his net worth stands at $127.6 billion.

Before being the CEO of Alphabet, Larry Page studied at Stamford University, where He met Sergey Brin, with whom He co-founded Google, launching it in 1998 after successfully raising $1 million from well-wishers.

On the year 2000, Google had indexed more than one billion internet URLs, with Page being the company’s first CEO till 2001. He, however, assumed back his position in 2011, and currently, Page’s net worth is $48.9 billion.

Presently, Facebook is the world’s top social media site which Zuckerberg originally in 2004 intended to match faces with names while He was 19 years, before launching it for public use in the year 2012.

Nevertheless, in 2019, Zuckerberg experienced plenty of criticisms from members of the public after it was discovered Facebook provided the political consulting company Cambridge Analytica user data, as well as suffering from a cyber-attack.

Consequently, the attackers, according to Facebook got access to 50 million user accounts. Today, Zuckerberg has an estimated net worth of $50.8 billion.

Ever since Buffet was a kid, he always had a tremendous love for business and almost skipped going to college to start doing business if not for his father’s intervention. Subsequently, Warren started selling magazines, bubble gums and Coca-Cola bottles door-to-door while continuing with his college studies.

Moreover, when He was just 11 years of age, He and his sister purchased shares from the New York Stock Exchange.

Through his conglomerate, Berkshire Hathaway, Inc. (NYSE: BRK.B), Buffet owns a wide range of businesses, as well as growing the collapsing New England Textile Company into a thriving venture.

Additionally, it was from Seabury Stanton, the owner of Berkshire, who He started purchasing shares from before later firing him in 1964. Forbes currently estimates Warrant Buffet has a net worth of $80.4 billion.

Rumor has it that Jamie Dimon could not afford to take his wife, then his girlfriend, out for a simple date, but is now the CEO of JP Morgan, one of America’s big four banks.

He worked for BankOne before its purchase By JP Morgan in 2004, and By the end of 2005, Jamie  had been named as the CEO of JP Morgan.

Additionally, on the last day of 2006, Jamie was appointed the bank’s Chairman and President. His net worth as of 4th January 2019 stands at $1.2 billion.

Jack is the wealthiest man in China and has had a rather interesting and humorous career start, needing him four trials to pass China’s annual examinations to get admission into college. After traveling to the US back in 1995,

Jack noted that China completely lacked an online presence, subsequently making him design a funky one which after just three hours of launch, caught the attention of an investor.

Through the help of his US friends, He ventured into web design through a company He named China page, and later in 1999, Alibaba was born, and He became the group’s CEO.

Subsidiaries in the group include Taobao, Alibaba.com, Tmall, Marketplace, e Tao, Juhuasuan, Alibaba Cloud Computing, Alipay, AliExpress.com and 1688.com. Presently, He has a net worth of $32.6 billion.

Since 2012, Doug McMillion has been Walmart’s CEO. Before this, He worked as an hourly summer associate back while still in high school back in 1984 in a Walmart distribution center.

Later in 1991 after completing his MBA studies at the University of Tulsa for a buyer training program, He rejoined Walmart, taking the position of a merchandiser and buyer.

Doug was then appointed to be president of Sam’s club, a Walmart subsidiary and subsequently his appointment as CEO of Walmart in 2014.

Therefore, Doug McMillon had to work for more than four decades at Walmart to reach the position of CEO, and now boasts a net worth of $60 million.

Ever since 1998, Tim Cook has been working for Apple, initially as an Assistant Vice President.

However, from 2009 to 2011, Tim acted as the company’s Chief Executive in place for Jobs who was away on leave due to health reasons after the Board of Director approved the third absence leave of Jobs in January 2011.

Therefore, Tim was left with the mandate of running the day-to-day operations of the company.

Jobs resigned from the position of CEO to chairman in 2014, six weeks before his death with Tim taking up the position and consequently making lots of changes on the firm.

Born in South Africa, Elon Musk is the CEO and co-founder of Tesla which was founded back in 2003 his role was overseeing all product design, manufacturing, and engineering of the firm’s battery products, electric cars, and solar roofs.

Additionally, Musk is the lead designer, CEO, and co-founder of Space Exploration Technologies (SpaceX) with his mandate being supervising the manufacturing and development of advanced spacecraft and rockets for undertakings to and beyond the Earth’s orbit. The goal of all this is to see to the creation of a self-sustaining city on Mars as according to Tesla.

Before this, Musk was also a co-founder of PayPal before selling it and as of today has a net worth of $21.2 billion.

He co-founded Tencent in 1998 after quitting his job, and By February 1999, Huateng together with his team started a software comparable to ICQ, a messaging software by the Israeli, using a somewhat different name, QICQ plus having a Chinese interface.

After a very short period, it had over a million users and as at of that time, had the highest ranking in China. Currently, WeChat, one of his applications has approximately one billion users, and it is via one of his apps that He met his wife.

Finally, Huateng is the first Chinese to be on the list of Forbes top ten wealthiest individuals, and as of 4th January 2019, his net worth was approximately $35.2 billion.

Paul Mccartney Biography and Net Worth

Paul McCartney is one of the most outstanding English singer, songwriter, 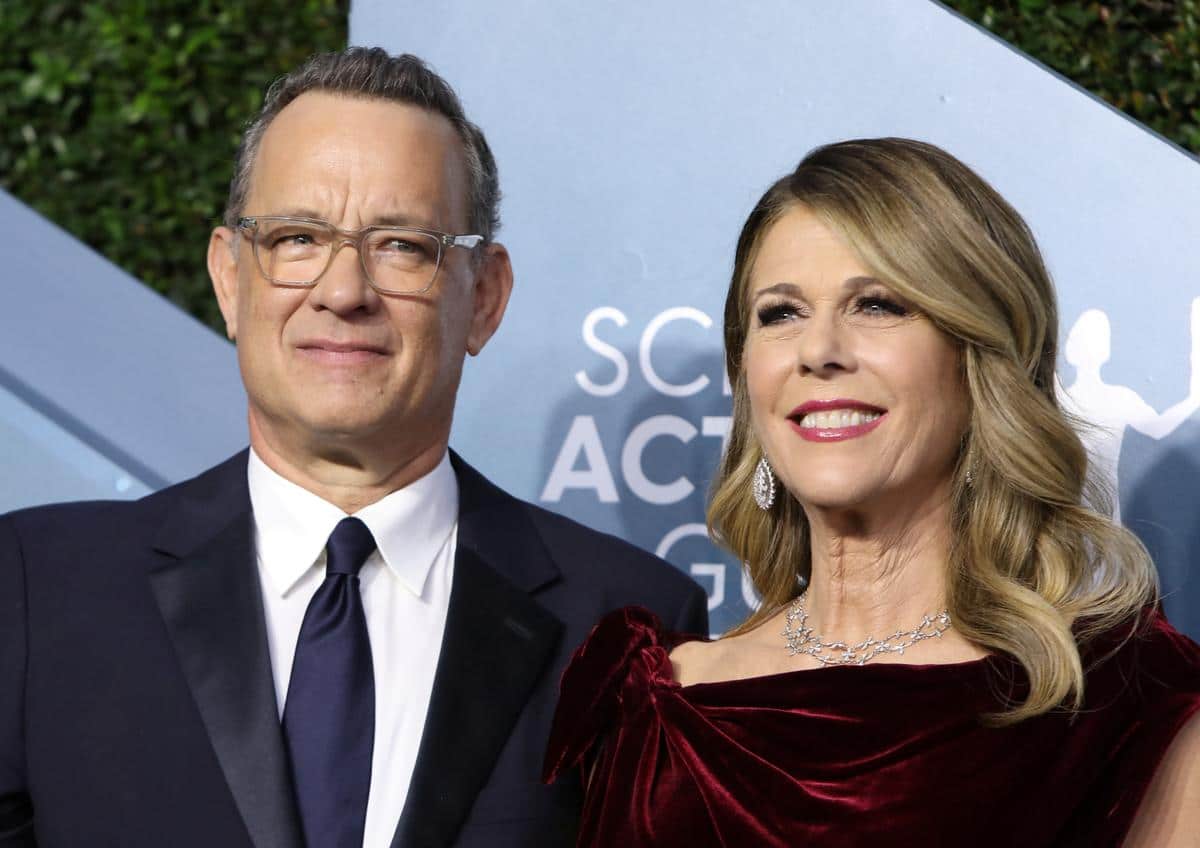 Tom Hanks Biography and Net Worth

One of the most promising sectors in the world is the movie industry; Hollywood

Erica BBNaija Biography and Net Worth 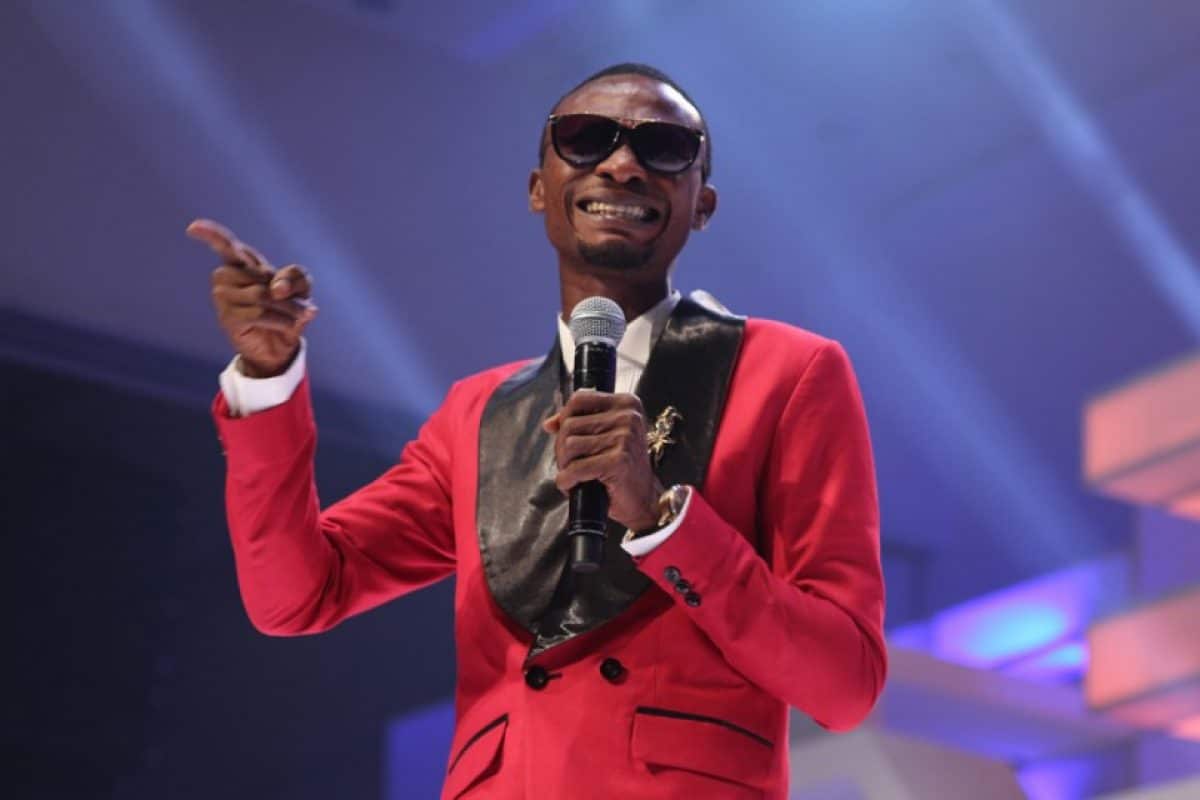 I Go Dye (Francis Agoda): Biography and Net Worth